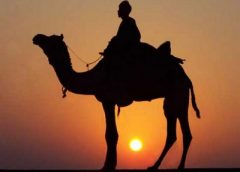 In every catastrophic period in history of Ummah some remarkable figures come about and they heal the injuries and repair the damage. Umar bin Abdul Aziz is one of these prominent figures in Islamic history. He is considered as a Mujaddid which means a revivalist in Islamic literature. Mujaddid is an important concept in the tradition of Sunnah. In a hadith, the Beloved Gracious Messenger (pbuh) says “Allah shall raise for this Ummah at the head of every century a man who shall renew (or revive) this religion.”(Sunan Abu Dawud, Kitab al-Malahim, ch. 1.)

As Shah Waliullah said, all Sunni Islamic scholars unanimously declared that Umar ibn Abdul Aziz is the first Mujaddid. A Mujaddid is needed when the Muslim Ummah is in decadence and corruption and the religion of Islam faces up some inevitable challenges. Mujaddids restore the damages inflicted on Islam, distract the doubtful ideas concerning its pillars and nullify the political or military attacks which threaten Islam. In this series of articles which we will publish in these pages for a while, we will look closely at the activities, reforms and fights of the Mujaddids throughout history of Islam.

When we analyze the pre-Umar II era of Umayyad sovereignty, we can easily understand that the Muslim ummah was in a serious crisis and faced up to some threats when it was just nearly a century that the Prophet (pbuh) had abandoned the world. That crisis and those threats did not stem from an outside source but unfortunately from the internal nature of the state.

With chaotic events embarked on during the caliph Uthman who was third of the rightly guided caliphs, Muslims lost men much more than they lost in the wars that they waged against Byzantines, Persians and Egyptians. After long lasting conflicts for caliphate the Umayyads seized the sovereignty and with this shift of power the tribalism became the most significant code of conduct in administration.

The Umayyads discriminated between Arab and non-Arab Muslims in appointments for governmental posts and continued to take higher taxes from converts although they had changed their religions. During the Umayyad period, the majority of people living within the caliphate was not Muslim, but Christian, Jewish, Zoroastrian, or otherwise. These religious communities were not forced to convert to Islam, but were subject to a higher tax burden. This situation may actually have made widespread conversion to Islam undesirable from the point of view of state revenue, and there are reports that provincial governors actively discouraged such conversions.

Furthermore, the Umayyads cherished not only Arabs over non-Arabs, but also preferred the Umayyads over the other tribes among Arab Muslims. The way of living of Umayyad caliphs did not match the way that Islam enjoins for a Muslim leader. Most of them lived in luxury and debauchery spending from public treasure extravagantly and confiscating the movable and unmovable properties of state.

That kind of a ruling was contradictory to a leadership which Islam suggests and was a serious obstacle for those who demanded to convert to Islam and even was a threat for the future of Islam. The time had come for a revivalist who would breathe the soul of the Qur’an and Sunnah to the caliphate and Muslim society. And he came at last.

Umar ibn Abdul Aziz was born in Madina in 679. Since his father was the governor of Egypt, he lived for a while there but then came to Madina for his education. He completed his education under the surveillance of great companions such as Anas bin Malik, Abdullah bin Jafar at-Tayyar and Said bin al-Musayyab. After his father died, the caliph Abdulmalik, his uncle, made him get married with his daughter and appointed him as a governor to Madina.

Since he administered the Hejaz region with justice, his reputation disseminated through the Empire. Especially the people in Iraq moved to Madina and settled there because their governor Hajjaj was a cruel tyrant. Umar repaired and enlarged the Mosque of Nabi during his rein in Madina. When the caliph Suleiman bin Abdul Malik died in 717, he demanded Umar to be his successor although he had two sons. However, Umar bin Abdul Aziz declined to be caliph, but he could not resist the pressures and had to bow to the decision which was taken unanimously by scholars and notables.

When he became the caliph, he dismissed all the governors who were known to be cruel and unjust to the people. Thus, the people were happier than ever. Whatever he attempted to do, he always remembered the Judgement Day. He had a great feeling of taqwa for actions which Allah does not confirm to do. He took the period of four rightly guided caliphs as a model for himself. He appointed the fair, skilled and virtuous people to the important positions.

One of the most important reforms which Umar made was abolishing the long standing custom of Umayyads and Khawaarij which was to curse Ali ibn Abi Talib (the fourth Caliph) at the end of Friday sermons and was ordering the following Qur’anic verse to be recited instead: “Surely Allah enjoins justice, doing of good and giving to kinsfolk.”

Besides, Umar II enforced the sharia rules strictly to be implemented. He banned drinking alcohol and mixing of men and women freely in bathhouses. He went on implementing the welfare program which last caliphs before him had launched. He enlarged these programs to orphans and destitute. Umar also abolished the jizya tax from converts to Islam, who were former dhimmis, who were used to be taxed even after they had converted under Umayyad rulers.

Then the caliph Umar bin Abdul Aziz worked toward the purification of the Muslims’ souls and of the social and moral environment. For this reason, he encouraged the scholars to spread the true Islamic knowledge among the Muslims, and to call the disbelievers to Islam. He fought the deviations and innovations inherited from those before him. He gave back to the people of the book the rights that the Qur’an prescribed. He appointed scholars to record by writing the hadith of the Prophet (pbuh) and the quotations of his companions, (radhiallahu `anhum). It was in fact the first organized movement to record the hadith.

In order to strengthen up the administration he took some steps; He prohibited the state officials to entangle with any business. He made the labour which the wages of workers were not paid illegal. He distributed the pasture lands and game reserves, which were reserved for the family of the dignities among the poor for the purpose of cultivation. Finally, he urged to all of the officials to listen to the complaints of the people and on any occasion, he used to announce that, if any subject had seen any officer maltreating others they should report him to the leader and he would be given a reward ranging from 100 – 300 dirhams. Also, in his rein, the number of reverts to Islam raised. The Muslim army passed through the Pyrenees Mountains and went into the French and seized Narbonne. They constructed strong headquarters there. All the Berberies in North Africa reverted to Islam during his caliphate.

Umar (RA) was extremely pious and disdainful of worldly luxuries. He preferred simplicity to the extravagance that had become a hallmark of the Umayyad lifestyle, depositing all assets and finery meant for the caliph into the public treasury. He abandoned the caliphate palace to the family of Suleiman and instead preferred to live in modest dwellings. He wore rough linens instead of royal robes, and often went unrecognized.

When he died in 720, being poisoned by kharijites, all Muslims mourned for days. Even non-Muslims did not want to believe his death. A priestess was crying after him. When the people asked her “why are you crying while the dead man was not a Christian?” She answered: “I am crying because there was a sun on earth, and, now that sun has set down.”

Sheikh Shamil, the Eagle of the Caucasus

The Real Identity of Women: Tasattur

“I Have Grown in a Christian Family, Yet We Were Atheists Indeed”

Editor: The true Invitation and the effective Representation