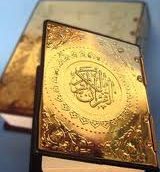 We are again together in current issue with the cover topic entitled “How to invite people to Islam?” We hope that the articles which our esteemed authors have written will enlarge the horizons of the readers. The Pen magazine, improving in every issue, seeks the way of accurate invitation and effective representation in 5. issue.

The individuals who will represent Islam not only need to know Islam but also to internalize it and to be equipped with right and effective means. To train “concrete examples”, “speaking proofs” and altruistic individuals who know the principle of mudaraa (getting well with other ) is the most effective weapon against anti-Islamism. This is most important feature of the prophets especially our beloved prophet (pbuh).

To form the societies who display the moral of Islam not only in discourse but also in action will make Islam a powerful attraction centre as well as it will counter the anti-Islamism. The magnificent invitation and conversion events in history became possible only by this way.

Bediuzzaman says thus concerning that point: “If we show the perfection of the truths of Islam by our actions, then the followers of the other religions will convert into Islam group by group.”

The social representation power will transform into political representation sooner or later. The political representation is possible only when you are successful in representation in every walks of life. When the messenger of Allah (pbuh) said “ However you are, you are administered accordingly”, he gave a lesson about that factor in the background. The thoughts whose success was not proven in social life and which did not reflect into the people’s hearts and minds around Muslim world are not possible to gain an effective representation ability.
The global representation is dependent upon development of a mechanism which will be accepted by everybody, and which will represent Muslim societies and countries. We implore that may Divine Mercy open our way and eliminate the external and internal barricades before us and strength our unity and solidarity and amend our hearts in this way.

The struggle towards the unity of Muslim world is not a threat to world peace and communities, but it is a respite and a need and it is a way out for the people who are crushed under ruthless tyranny of the international power centres. In order to reach this goal, strong, legal, equipped and effective umbrella organizations should be founded; and we should support cooperatively the invitation and structuring works which are appropriate to Islam’s essence. Today, particularly in the west, Muslims’ weakness of representation is felt every time and everywhere. The circles who search the interlocutors apply either wrong representatives or cannot find any person or organization or this lack of interlocutors serve some ill-intentioned political actors in terms of political interests.

If Islam is reflected to life as a whole with true invitation and effective representation the foundations which anti-Islamism depends on shake. Thus, a systematic information campaign extending from non-governmental organisations to the universities should be launched and accelerated; the ignorance and prejudice stemming from systematic disinformation should be removed.

Now, I invite you a journey through the pages of The Pen.

I wish you health and salvation, may Allah keep you under his protection.

The Real Identity of Women: Tasattur

The Eternal Fruits of The Love for The Sake Of Allah

Does the Qur’an Contain Everything?

Is Coming Into Existence Possible on its own ?