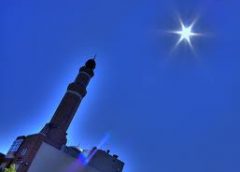 In conscious or not, the fact of the Malays in Malaysia have been through a major transformation towards an era of 70’s which according to Dean of The Faculty of Arts and Social Sciences University of Malaya Prof. Dr. Mohammad Redzuan Othman a transformation known as a change towards “new Malay”. This change is presented through a clear understanding and perception that they hold to the actual meaning of the teachings of Islam. In the past Islam was only understood as the act of completing the five Pillars of Islam alone, but in the phase of 70’s their thoughts were changed to understand Islam as Ad-Din or a way of life with a view of nature and their own vision.

In addition, the book order and the Islamic Da’wah Movement in Malaysia have outlined some main points of the Islamic revival in the year of 70’s. Among the major treasures including scattering of Islamic heritage, especially knowledge of materials and guidelines in solving the current problems and challenges, and the deep confidence of Islam as a potential solution to all diseases and healing of individuals and society.

The Phenomena that occurred during the era of 70’s is often referred to historians as the era of Islamic Revivalism Rise / Islamic Resurgent. According to Gordon P. Means in his book Political Islam in South East Asia, “the persistence of some Islamic movements like Muslim Youth Movement of Malaysia (ABIM), the National Union of Malaysian Muslim Students (PKPIM), and Dar Al-Arqam that united the energy of da’wah finally yielded success forming a lucrative generation today.

ABIM and PKPIM as examples dimentory by Prof Dr Syed Muhammad Naquib Al-Attas has built the concept and idea of education. Taking the benefit and advantage of some of his idea, the concepts such as knowledge and its standardization, the concept of Islamic University, the idea of Islamic Knowledge, human education, concepts and Ta’dib Ta’lim, and others have been implemented.

Today, some Muslims and orientalist feedback which still exist in that era seem to defend the notion that it is a phenomenon of significant, widespread, and based on the current position which will be a continuing reality. However, is the reality indeed fortunate to survive in the face of current and future or whether it will simply go from the stage of life?

According to Prof. Mohamad Abu Bakar, a paradox is how adherents of Islam and carrier fight harder, and be more creative when under pressure; tend to lose perspective or fighting among themselves when confronted with a situation that is somewhat liberal or on the verge of success. Even it is not exaggeration if we state that Islamic movement resembles cyclists who are working and putting effort to the pedal of their vehicle while climbing the hill, but only after they pass the summit they will leave the vehicles alone while moving hands until they depart upon the uncertain direction of gliding again.

The phenomenon of the rise of Islam has not only lost its momentum, but also lost attraction due to the weakness of their own missionaries who fail to provide content and establish the identity and understanding of Islam which should be directed to the community as a whole.

In the past, the old missionary movement and the Islamic jurisprudence understand the concept of priority (aulawiyat) by not ignoring the issues and small problems such as disputes of practice (furu’), bid’ah etc. that have been discussed and resolved by scholars of a hundred years ago. Instead of that, the missionaries at that time were among the big figures with big authorities, knowing the social problems and diseases of people as a primary field to be settled down first.

Meanwhile, the struggle is also clear that they do infiltrate walls that fortify the success of Islam, but now because of some disputes of thought and understanding some things a subject for a quarrel, the missionaries of Da’wah movement has split into factions that earnest belief model respectively until misleading the civil society.

In dealing with situations like these disputes, a formula should be used. Today the Islamic movement has changed with the rapid establishment of many Islamic organizations and NGOs all over the world. Thus, the situation is now even more to see the role that is based on the formula “smart partnerships” among them. This can be explained through the insistence of an issue through a combination of Islamic NGOs such as Islamic Law Counsel (Pembela), ACCIN, Majlis Amal Islami (MAIM) and others.

In the meantime, realizing the fact of people’s problems which is contained in the book entitled ‘The Treatise for Muslims’ written by Al-Attas, the idea that education in the Islamic tradition called ta’lim, tarbiyyah, and ta’dib should continue to be the pulse of Islamic movement. According to Dato’ Dr. Siddiq Fadzil only education and knowledge that give meaning of dignity, prestige and moral to the people to form attitude not to yield to the others (ignorance). So, the idea that converges towards understanding Ta’dib Islami or Islamic education must be equally grabbed and strengthened by all prime movers in Da’wah in searching substance and direction in Islamic movement.

The scenario of uncertainty in society being full of depravity and degradation from the point of integrity, morality, sole, and their failure to understand the tenets contained in the “Al-Akhlaq Karimah” urges us to empower the idea of Ta’dib or this education as accurate responding to the crisis respect. This is because the solution through the way of education is more effective and will last longer because it is an approach that is truly capable of penetrating into the society.

As a result, the idea of Ta’dib is so important for rebuilding a new generation of Islam which will be a good illustration for all, has noble manners and personality, high-discipline knowledge, has strong holdings with faith (tauhid), and has high value of integrity and great leadership. This idea of education is actually plays a big role as a medium for the future sustainability to rise explosion of ‘Ubudiyyah’ around the era of 70’s.

*Muhammad Faisal ABDULAZIZ is the President of the National Union of Malaysian Muslim Students (PKPIM), which forms the youth branch of ABIM. He is currently a student at an Islamic University.