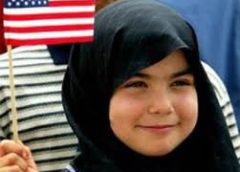 No doubt, the life became harder for Muslims after 9/11. Meanwhile, the raising conspiracy theories about it (the very well known one is coded with the term “Inside Job”) and the actions of the Bush administration in Iraq, despite the fact that there were no nuclear weapons, cooled down the pressure over Muslims. Since then, a small amount of packed actions has been served to the attention of people in order to remind them how dangerous the Muslims are.

On the 5th of November, an army psychiatrist fatally shot 12 men dead and wounded 38 in Fort Hood (Killeen TX), one of the biggest military bases in US. Surprisingly! the guy who killed these soldiers was a Muslim whose name is Nidal Malik Hasan. Although it is claimed that several soldiers were involved in the shooting, we have no chance to know what actually happened there. According to the other soldiers Malik Hasan had been continuously arguing with his friends about a possible deployment to Afghanistan, saying that the new president Mr. Hope would never go for that kind of decision. The obvious bright side is he didn’t witness the huge disappointment that we experienced.

Roughly a month later after the Fort Hood incident, Obama delivered a speech in a military base and announced the deployment of troops to Afghanistan. Regardless of political view, there is a consensus that his speech was no different than a Bush speech; it consisted a lot of national security and emphasized and in fact focused on 9/11 and of course he had to say these men, who claimed to be responsible for the 9/11 attacks, were Muslim although he expressed his personal feelings about Islam by saying that it is one of the greatest religions in the world (appreciation). While some democrats started to get suspicious! that whether these speeches are being prepared by someone else, some turned out to be military experts and said that the decision of deployment was necessary. Ironically just 9 days later, Obama delivered one more speech and this time it was for the Nobel Peace Prize ceremony. No, I didn’t see a sign of shame on his face.

Right after that speech, I was listening to a local radio talk which was about the future of Afghanistan. In the middle of the show the programmer said: “well these Islamic extremists see us as infidels either to be converted to Islam or to be killed but they are not just in Afghanistan, they are everywhere so what to do with them?” now that is the exact phrase that they want to put into the people’s minds. A Muslim just like Malik Hasan might be seemed as a normal guy. But sooner or later, when there is no hope for conversion, he is going to murder you. But what if people take this as an extra-ordinary case considering the fact that they do add the word ‘extreme’ near Islam?

Yet again, On December 25th, Umar Farouq Abdulmutallab, a Nigerian national, tried to explode a plane up in the air. The plane took off from Amsterdam, which has one of the most secure airports in the world. And the story goes on as you can guess, extremist ties, Al-Qaida and so on.

There is no need to scratch your head and think that what could actually happen in these incidents. Instead, I want you to look at the big picture. Two very much Muslim names in two bad events and a president, who gained liberal and surely some Muslim votes, giving a second 9/11 speech. Here is the end of the story; as a Muslim, when you present your driving license (which of course has a Muslim name on it such as Umar Farouq) in a bank, in a grocery store, in Wal-Mart, in Blockbuster or to a Police Officer just before getting your ticket, if you started to notice weird expressions on the faces and feel that you are being treated differently (implying that you are a potential terrorist), it is the day that you are no longer accepted in the community and that is what they have been trying to do. We already live this in the airports at the security check points. “Sir! You have been selected for additional screening”. Based on what? Anyway, We already know the answer, don’t bother…