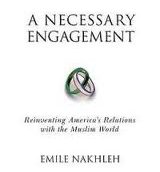 After the 9/11 attacks on the Twin Towers in New York city, the radical posture adopted by American administrators towards the Muslim world was the beginning of a too tiresome, frustrating and difficult process for Muslims. In the wake of the attacks what the USA did was to wage two wars, the first one was against Afghanistan and backed up by the international community and the other one was against Iraq and was an illegal war in terms of being appropriate to the international treaties. During these notorious wars America violated basic human rights many times and needless to say killed many Muslims.

Due to the terrorist activities of a bunch of al Qaeda fanatics, the USA launched a witch-hunt across the world, aiming to capture those so called “Islamic terrorists”. A holy war was waged against an unseen enemy, and the worst, the international community was enforced to take side in that controversial fight. Using the words “Islam” and “Muslims” with the words “terrorist”, “radical”, “extremist”, “fanatic”, and lastly “Islamofascist” side by side constantly in the same speeches led people to identify Islam and Muslims with terrorism naturally. Many poll results show that none of the Americans know anything good about Islam. Uttering the words “Guantanamo” and “Abu Ghraib” and remembering the sufferings of Muslims living in western countries may be enough to understand the growing hate and rage of Muslim communities against America. America’s failure in Iraq and globally so called “war on terror” caused them to search a way out of this mess. In that context, Obama’s election as a new president was a new chance.

Emile Nakhleh, former CIA director of political Islam department, proposes a plan for an effective public diplomacy to change and develop relations with the Muslim world in his book “A Necessary Engagement: Reinventing America’s Relations with the Muslim World”. By this public diplomacy he says the USA aims to win the hearts and minds of Muslims which requires a long and exhausting work, and he states that the success of such an effort will be slow in coming, incremental, and hard to measure, and finally he adds that the current low standing of the United States in most Arab and Muslim countries can be reversed. Nakhleh argues in his book that effective public diplomacy must be a unified effort pursued at federal government level, driven by a presidential declaration that reaches out to Arab and Muslim publics.

Emile Nakhleh was one of those who prepared Obama’s Cairo speech. It was possible to see the cues of his thesis in speech. After being elected, Obama’s first messages and visits to the Muslim world carried the indicators of this new policy towards the Muslim world. But to be happy seeing only a couple of good intended messages may not suffice for the Muslims who have been for a long time under negative influence of media and the USA government. Firstly, since the beginning there was always adequate material for those who are pessimistic about Obama administration. In spite of his opposition to war in Iraq his eagerness to shift the place of war to Afghanistan and his talking about bombing there enthusiastically was underlined by watchful observers. Unfortunately his West Point speech and demand for deployment of thirty thousand troops to Afghanistan strengthened Muslims’ doubts about Obama. By the way, being given the 2009 Nobel peace prize to Obama through drums of war surprised many people. Besides, the pretentious shutting down Guantanamo prison cannot hide the reality of existence of tens of similar. What will happen to them? Who will sweep away the mess in these places?

Anyway, whether Obama is well-intentioned or not, the notorious weapon lobby in America will not let an easy policy shift without a hard squabble. In that point the conspiracy theories begin to work. We do not know yet its real nature but the incidents like the Fort Hood attack will deteriorate the policy which Nakhleh talks about and strengthen all the falcons such as neo-cons, republicans as opposition, evangelicals, weapon lobby and the fanatic Israeli lobby. If you think that I am exaggerating, then ask the people who recently travelled to America by plane. The passengers face security measures which they have never seen even after 9/11. The reason for these measures is a 23 year-old Muslim from London who was caught while nearly about to set off the explosive embedded in his underwear when the plane set off for the Detroit airport in the USA. After this event American commentators said not to be surprised if the nationality law which was limiting the basic human freedom and rights and was enacted after 9/11 is more aggravated.

Actually, an engagement between the USA and the Muslim world is really necessary, but first of all, America should build this policy on sincere and stable foundations and convince firstly the American public opinion. To do this, they can begin by changing the direction of the mainstream media and the Hollywood cinema industry.