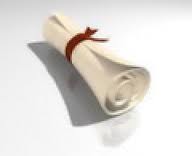 The activity of invitation to Islam has been described in a tafseer1 based upon the principles expressed in the verses of the Qur’an and hadiths. Reading those, we can highlight some principles. For me, the following are the most important ones of these principles:

1. To start with faith as it is the essence of the religion.
2. To explain the truths of faith from a viewpoint convincing both the mind and the heart.
3. To live what we say so as to make our words influential.
4. To act according to the principles of ikhlas (sincerity in deeds and to aim at gaining the God’s favour)
5. To set a good relationship with the people we invite.
6. To treat them with compassion like a mother to his child
7. To know our powerlessness and weakness and to know that only Allah can turn the hearts toward Islam.
8. To act by preserving the hope and encouragement of “Only Allah can affect people”
9. To be afraid of Divine punishment when we neglect and disregard the activity of invitation as it is a religious duty.
10. To carry out invitation activities in a way affecting the mind and the heart.

We will try to explain the last one of these principles ‘Islamic invitation should be affecting the mind and the heart.’

Invitation should be carried out in a way appealing to mind, heart and the feelings. Yes, Islamic invitation should not only convince the mind but also satisfy the heart. Besides being the nurture of the heart and giving the spiritual benefits, it also should be a means of encouraging for doing good deeds and a way to keep away from sinful actions by showing the distress and the difficulties in them.

As a result of his nature and creation, man is very scared of the punishment and torture to be applied to him immediately; besides, he would always and wholeheartedly prefer a benefit of the present to others to be given to him later. This is because grief and benefit are mainly related to the soul and feelings. Soul and feelings are addicted to present, cannot see the future. Just as man would rather many future sorrows and sometimes even death than experiencing the pain of a medicine or medical operation, he can also consent to a one-year punishment in jail so as to escape from the distress of a slap of the present. After all, it is because of this mentioned blindness of the soul that it chooses to commit the sins which look like poisonous honey and have momentary benefits. Based on this fact, if we ask people, “Would you like a spoonful of honey now or twenty kilos of honey five years hence?” the majority of them would prefer the spoonful of honey now available with the incentive of the soul and the feelings.

In just the same way, some people give up worshipping, which actually resembles a healing medicine, just in order to abstain from the insignificant discomfort and distress caused by worship. Those wretched people do not consider that there is a never-ending grief and torment they would suffer both in this world and in the hereafter as punishment for not performing that worship. They are accepting an absolute and everlasting torment and sorrow by avoiding a slight current distress. That is the extreme level of heedlessness.

In an environment where most of the people live by Islam and socially preserve their spiritual purity, it may be enough to tell people the existence and oneness of Allah, encourage them towards worship through explaining them the existence of heaven and the bounties and blissful life along with it. Moreover we can tell of the pangs of the hell, which may be sufficient for them to abandon sins. Such a lesson may be beneficial for them because the soul, fancy and feelings are not strengthened by haraams and sins and cannot dominate the mind. But now, only one person out of ten or twenty could benefit from that lesson in the face of the obstinacy emerging from the habit of perversion, dissoluteness and immorality which arising from atheism and science. He too, however, says, “Allah is Ever-Forgiving and Ever-Merciful; He will forgive our sins, and the hell is too far away” and keeps on committing those haraams and sins.

That is, the ones who are suffering from heresy can hardly benefit from that kind of a lesson. They can only take advantage of our lessons once we show them that the heaven and its joys contained in belief and worship can be felt even in this world and the hell and its torments involved in blasphemy and transgression can be experienced in our lives.

Yes, we may describe one of many truths of a Qur’anic verse to elucidate the matter. It is as follows: “Allah is the guardian of those who believe. He brings them out of the darkness (of unbelief) into the light (of belief).” (Baqarah, 257)

Yes, unbelief and denial turn the death into a decree of execution for unbelievers. This is because an unbeliever doesn’t believe in the hereafter and the resurrection after death. Basically they have faith in the philosophical thought “humans come on the earth, live and pass away like plants”, so they regard death as eternal execution and non-existence.

However, as known by everyone, a decree which sentences someone to execution with no way of escape will certainly cause real-like distress and suffering to that person any moment he recalls the execution. That person will suffer as though he was being executed a thousand times a day. The joys, enjoyments, ornaments and property of the world cannot stop that sorrow and bring him wellbeing.

In the same way, unbelief and denial not only show that death is the decree of execution for the unbelievers, but also indicate that it is a nonexistence for all his friends and relatives, all humanity, all entity, and even all the universe. As you know, man becomes happy with his friends’ happiness, while also feeling sorrow at their sorrows. An unbeliever, who constantly suffers from his nonexistence, suffers also from the torment of the nonexistence of his friends, relatives, all people, all entity, and the whole universe. It is as if unbelief fills up the universe with the sorrow of the nonexistence of all creation and releases it over the unbeliever’s mind and heart. As long as he lives, it makes him taste the torments of the hell due to his unbelief before going to the hell. It is a reality that unbelief has such consequences, and mind and heart cannot deny but accept it.

So as to be saved from this dread and sorrow of unbelief and heresy, unbelievers and sinful people tend to indulge themselves in drunkenness and leisure in order to narcotize their minds and be freed from their minds’ assaults. Moreover, because reminding them of death means reminding them of every item of nonexistence that we have enumerated above, they take that reminding as the biggest insult.

As belief, on the other hand, proves the existence of resurrection and hereafter through numberless evidences and proofs, it indicates that death is the sentence of deliverance from execution. It convinces the mind that believer together with all his friends, companions, all the humanity, even the whole creation and universe is not annihilated by death; on the contrary, death is means of gaining an eternal life and body. Moreover, belief brings all those out of darkness and sorrow of annihilation and shows them the way to obtain the bliss and benefit of the light of eternal existence. So, the believer not only takes pleasure from his eternal existence but also becomes happy and content with all his relatives and beloveds having a perpetual life in this way. That’s to say, belief fills up the universe with the light of all entities and universe gaining everlasting lives and releases this light to the mind and the heart of the believer. It also makes him deserve the heaven and makes him taste heavenly pleasures and bliss as long as he is alive.

Yes, as stated in Risale-i Nur, “Belief makes man into man and indeed makes him into king. Then, man’s most essential duty is belief and supplication. Unbelief, on the other hand, makes man an extremely powerless beast.” An unbeliever has no power; however, despite the fact that he cannot withstand cases like hunger, thirstiness and death, the unbeliever, like a monster to kill an innocent animal, rebels first against his Creator and transgresses people’s and many animals’ rights.

Showing everyone of sound mind that there is the sorrow of the hell and its torments within in unbelief and heresy themselves besides proving that there are worldly benefits as well as heavenly pleasures contained within belief and worship, Risale-i Nur, based on those principles, is a means originated from the Holy Qur’an for those who still maintain their minds to be saved from that unbelief and indulgence. Especially, it will be seen that the existence of the hereafter is proved as certainly as ‘two times two makes four’ if you see treatises of Tenth Word and Twenty Ninth Word in Risale-i Nur Collection.

Therefore, belief in Allah bears the seed of Tuba Tree of Paradise in that it makes the believer gain the Paradise. For sure, it stands for the seed for the Heaven, resides in believer’s heart as the Heaven and makes him taste the pleasure and bliss of the Heaven even in this world. However, unbelief will end up with the Hell as it conceals the seed of Zakkum Tree of Hell containing the Hell in it and making the unbeliever experience the Hell and its grievous torments and suffering in his heart.

While conveying the truths of belief and Islamic issues, Risale-i Nur, in accordance with the aforementioned criteria, not only convinces people’s minds but also gives the heart and spirit the needed spiritual pleasure. It also affects the soul for it to be trained. Rather, it satisfies man’s all feelings through the spiritual power it receives from the Qur’an as it is an interpretation of the Qur’an. As Hadrat Bediuzzaman says, “The grief is mine and the remedy is Qur’an’s.” Consequently, each of the Risale-i Nur potions is a remedy for our distresses.
Oh Allah! Make us love belief and make it our hearts’ ornament. Do not make us love those rebels against you and keep us away from them. Amin for the sake of the Master of the Prophets, Muhammad alayhissalam.

The work that destroys the cornerstone of irreligion

Are we really able to see?