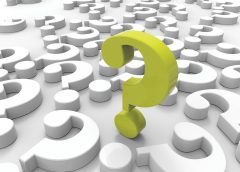 Political and Social Analysis in the light of Munazarat (the Debates)

Imam Bediuzzaman Said Nursi expresses that three groups of people are one of the main reasons not only for Muslim nations’ falling behind in material development but also for becoming miserable in abasement and poverty:

2- Fake patriots who claim they defend the interests of the homeland and the nation, and sacrifice themselves

He explains how these three groups have made our nation fall behind in material development as follows:

Every nation has “a spiritual pool” which forms its national courage, preserves its national honour and where its power is gathered. And every nation has “a spiritual treasury” which forms its national generosity, guarantees its general interests, and where its extra goods are gathered. Although they appear with the claim of serving and protecting the homeland and nation, the fake patriots cause the people to lose and waste their courage and heroism – which are the main deterrent forces for a nation – with internal disputes. And the false sheikhs and preachers – who gain influence by exploiting the spiritual emotions of the nation – cause them to lose their enthusiasm for working, discourage their determination to win, and empty that spiritual national treasury. They make the nation miserable and endanger its existence. They cut the tie of the idea of nationalism and break the nation into pieces.

We can specify the reforms which Imam Bediuzzaman said are necessary to counter these major destructions:

The role of Zakat in material development and progress

In the race of civilization and material development of Muslim nations against foreign nations (and to gain on them and leave them behind), Zakat – one of the pillars of Islam – has a great effect along with its cousins, “offering and charity.”

That is, whenever the smart, educated people in our country stop producing knowledge for the development of other countries with the brain drain and start producing knowledge for their own nation (i.e. when they give Zakat of their intelligence) and whenever our rich spend [even] the Zakat of their Zakat (one 1600th of their Zakat amount) for the benefit of the nation, only then would it be possible to catch the other nations in the race of civilization and material development.

Every age has its ruling

The change of time, the growing difference of the age and the change of conditions require the change and abolishment of some traditions and methods. This is because the changing times and conditions might have transformed something which used to have more benefit than harm into something which has more harm than benefit. That is, when a tradition’s harm becomes more than its benefit, it gives fatwa to abolish that tradition.

For instance, it has become a necessity – in fact an obligation – that the Zakat is gathered by the state at one centre- instead of the poor and the weak going to the doors of the rich individually like in the past- and is spent in line with the national benefits. This is because the old method is open to a multitude abuses, and causes the emergence and development of a group of the lazy, the weak and the beggars. Although a national wealth like Zakat and charity could be an initiative to a country-wide development movement, it simply goes for nothing at the present time.

Administration is for servitude

Those who administer must abstain from “a laziness” which is called “tawakkul” (reliance) and must not defer their duties to each other.

Reliance (tawakkul) does not mean that you do not fulfil the conditions by being lazy and just say “Whatever is in my destiny will occur.” Reliance means “after meeting all the conditions, to accept the destiny, to expect the result from Allah, to leave your works to Allah, to get rid of hopelessness and sadness, to rely on Allah.” 2 Fulfilling the conditions is an actual prayer. And the reliance is to accept the Divine destiny in the result after doing the actual prayer.

The administrators who suppose that reliance is laziness start to defer their works to others.

An administrator gets his wage because of his employing the minds and goods of the people he administers. Therefore, he is obliged to serve.