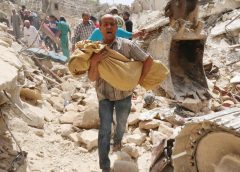 According to the dictionary, the word ‘standard’ means, “a level of quality or achievement, especially one that people generally consider normal or acceptable.” Starting from this meaning of ‘standard,’ we can say that the reaction and treatment of conscientious people against an event – whether it is positive or negative – will be within certain limits; that is, there will be a standard. In other words, the reaction and treatment do not change according to country, geography, race and nationality. For example, theft is a crime everywhere in the world. If someone who is not in real necessity steals, he is severely punished. Murder is also considered a crime in all times and all places. Those who commit this crime are sentenced with a severe penalty.

Despite all of this, although all humans have a conscience by nature and the standards on general issues are quite certain, how does a word like “double standard” happen to be used in our language? How is it that people in a region of the world are dying of hunger while people in another region are dying of obesity? In one part of the world if even a turtle – let alone humans – dies, media and authorities use every means available to help; however, in another part of the world, infants are being murdered under bombardment of planes, and nobody raises voice against this. And a small minority who do raise their voice against this are suppressed and attempted to be made silent. Doesn’t this most cruel double standard wound the conscience of humanity?

What kind of a conscience would not be hurt to see that the dead bodies of two siblings, three months old and six years old, are pulled from the rubble of their house destroyed by Russian planes in Aleppo? However, when we listen to the western world, we hear only a few weak voices, broken promises and unending lies. Innocent people and children who lose their life in Syria interest the West less (as little as one thousandth) than a few whales washing ashore or a newly hatched turtle crawling towards the ocean for a few metres. They don’t care about whether a three-year-old baby dies or not, with its bib still tied round its neck, as long as there is no trouble in their lands. Terrorists who stirred up trouble and led a bloodbath in the Muslim world are supplied and armed by the western countries. But it is the Muslim world that suffers, the innocents that die and the Muslim cities that are destroyed. Muslim countries struggle with economic troubles and can never gather themselves up.

While the West has been in a so-called struggle against terror and terrorists, surprisingly we see that the terrorists, who attempted a coup in our country, Turkey, fired at their fellow citizens and bombed their own parliament, are freely walking in the western countries. It is the western countries who are supplying weapons to the terrorists that attack us in our country and abroad. And then they speak and behave as if they have nothing to do with all these persecutions and betrayals happening in front of our eyes. How can a true conscience accept this double standard?

“And when the girl [who was] buried alive is asked; for what sin she was killed.”

But what is our responsibility in the face of these persecutions? To turn our back and ignore them as the West does? Of course not! Our most important duty is first to keep the innocents in our prayers always, and then to support and stand by them through our material humanitarian aid; otherwise we cannot account for our carelessness in the Hereafter if we do not stand by the innocents against persecution.

Turkey has been always with the innocent

In 1873, the ruler of Aceh – which is an Indonesian province today – said the following in his letter to Ottoman Sultan Abdulaziz in short:

You are the owner and ruler of Aceh. You can rule Aceh the way you want. You can appoint anyone you wish as an administrator.

But how can a ruler of a far away country hand over his country to us unconditionally?

The main reason for this was their belief that the Ottoman Sultans would not act against justice, truth and reality. Today, the fact that all the Muslims around the world have expectations from Turkey is because of our glorious history. If Muslims in Arakan, East Turkistan, Aceh, Crimea, Bosnia Herzegovina, Kosovo, Syria and all around the Muslim world still see Turkey as the leader of the Islamic world, it is the result of just rulings of the Khalifa Sultans of Ottomans for centuries. It is the dream of Muslims around the world that Turkey regains its former strength and ensures common action by leading the Islamic world. The reason that the West support terror and try their best to covertly stir up Muslim countries, although they seem to be anti-war, is because they aim to prevent a potential solidarity of Muslim countries to act together with the leadership of Turkey.

The most important reason for the attacks against our country is to give the impression that disorder and chaos dominate Turkey and it is unsafe here. However, we will not be deceived by these games, and do our best through our actual and verbal prayers for both spiritual and material development.