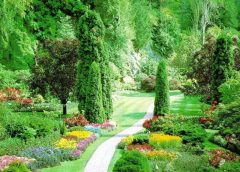 We know that Prophet Adam (PUH) was expelled from Paradise for his well-known sin which is the requirement of man’s nature and contrary to that of the angels. But some questions come up:

We should not count the sin of Adam as one of the major sins that we know. The interpretations emphasized much about the mistake of Adam. Although Allah banned a tree species, Adam mistakenly understood it as only one tree. Or after a lot of time passed, he forgot the ban and ate the fruit. Or He had never seen someone committing perjury by taking oath by Allah’s name, and he was easily deceived by Satan.

Considering these kinds of possibilities, it was not a major sin or it was not an open and willing violation of Allah’s orders. “The acts that the good people count as pious deed are considered as sin by the awliya (saints)” is a well-known saying that it is better to think that his mistake was a matter of quitting the best.

As for the claim that “Adam caused the expulsion of others from the heaven,” there is a word against this claim in the truthful Hadiths. When Prophet Moses (PUH) stated the same claim to Adam, he defended himself by saying, “My sin was to eat the forbidden fruit; but my expulsion from the Heaven was the will of Allah.” After narrating this conversation Prophet Muhammad (PBUH) said, “Adam silenced Moses”. If Allah had willed, He would give another punishment for the sin. Therefore, no one can reproach Prophet Adam regarding that issue. Allah could have based the sending of people to this world on another reason. In this issue, instead of criticizing Prophet Adam for causing the expulsion of us from the Heaven, it is better to think and remember the wisdom of our arrival to this world and act accordingly. We should not forget that if we had stayed in the Heaven and had not come to the world, our abilities would not develop; progress and decline would not appear; and our degree would always be the same like the angels’. If we think about it from this point of view, the expulsion of Adam from the Heaven is a mercy.

“The nature of human” which lets people committing sins means that the nature given to the human is prone to the evil, unlike angels, because of the evil-commanding soul. The inclination to the sins coming from the soul affects people and they commit sins. This is normal. The important thing is to understand and accept his mistakes and then to be able to repent. In fact Prophet Adam immediately understood his mistake and he repent quickly. The Angels do not have such an evil commanding soul, so they do not commit sin. Therefore, their degree does not ascent or descent.

2 thoughts on “Questions on the Expulsion from Heaven”