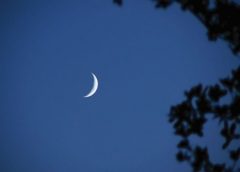 The blessed month Ramadan was welcomed at governmental level in the Ottoman Empire.

Ramadan made a different sense to Ottoman Empire and the Ottoman society. The relevant state institutions took measures for the safety of the month of Ramadan, and the preparations of this spiritually fruitful month would begin well in advance. Regiment surra, which departed from Istanbul on the twelfth of the month of Rajab, and which was sent off by the state officials along with a large crowd, became an important ceremony that heralded the coming of the month of Ramadan. Seeing Ramadan crescent would cause a great excitement. Kadi (judge) of Istanbul sent experts to different districts to observe the crescent of Ramadan and it was monitored by night watches in the last days of Sha’ban called ‘yawm-i shak.’ With the sight of the crescent, beginning of the Ramadan would be declared by tellals (town criers) and with mahyas of the mosques. Since Ramadan was the month of worship, measures were taken in the mosques in order to provide an environment of tranquillity for worships. State officials and especially Sultan would throw iftar feasts on different days. ‘Holy Mantle Ceremony’ and ‘Hudhur (Presence) Lessons’ were important events which had been made only during the month of Ramadan in Ottoman palace. After the tarawih prayer some entertainment was arranged between Şehzadebaşı Mosque and Fatih Mosque in Istanbul. Peculiar to itself the agenda of Ramadan was different from other months for Ottoman Empire.

It has been a tradition since the first centuries of Islam that mosques remained open and enlightened with oil lamps for the people to worship during the holy nights. Stringing writings made from oil-lamps between the minarets of the mosques which had at least two minarets during Ramadan became an art in Ottoman time. There is no definite information about when Ottomans used the first mahya but we can see the use of mahya at the end of the 16th century in biographies of Murad III (1588). Selâtin (Sultan) mosques were suitable for mahya; because they had at least double-minarets. Eyup mosque minarets were short and not available for the use of mahya, but in 1723 they were raised by the order of Nevşehirli Damat (Groom) Ibrahim Pasha to use mahya. Thuluth (sulus) writing was usually used for mahya. The first verse of surah al-Fath, ما شاء الله (what Allah has willed),  بسم الله (in the Name of Allah),  لیله قدر (the night of power) and in the last days of Ramadan writings such as الوداع (farewell), الفراق  (separation) were used in mahyas. Art of the mahya continued in the Ottoman Empire as a profession. Mahya makers could be accepted to work after being tested by a jury.

Ottoman Empire issued directives named varaka-i mahsusa for the month of Ramadan only. Those directives contained a set of rules which should be obeyed by the public due to the value of Ramadan. Praying the five daily prayers with congregation in the mosques was declared in directives. It is stated in those directives that all Muslims to be fasting except for the ones who have excuses; everyone, except those on duty, to go to the mosque to pray Isha; people who sit in barbers, tobacco shops and other shops during tarawih prayer would be ‘punished and reprimanded.’ As these directives included subjects of Ramadan and some worships, they also covered matters on the rules of good manners that men and women should be careful about in social environments. These directives also included warnings like non-Muslims should not eat, drink, and smoke during the day in public places. Ramadan directives were announced to the public by neighbourhood imams and headmen. Those who do not obey the directives were punished by state officials.

It is also stated in the directives that the Sultan would mingle with the crowd and perform prayers in the Selatin mosques; and he would disguise himself to see the situation of the military and civil society for himself; and those who recognise the Sultan should act normally and respectfully.

The price controls of the Ottoman Empire bazaars and markets were left to the kadis. In order to prevent the increase especially in food prices during Ramadan the inspections were increased.

Holy Mantle (the cloak of the Prophet Muhammed Sallallāhu Alayhi Wasallam) ceremony was one of the important Ramadan ceremonies of the Ottoman palace. This tradition began after the sacred relics were brought to Istanbul when Egypt was annexed by Ottoman Empire, and it continued for centuries. In the twelfth day of Ramadan, the Has Room Agas (masters), with the Sultan, used to carry the sacred relics into the Revan Room, then everywhere was swept, washed with rose water, aloe and amber burnt, and Holy Mantle was prepared to visits. Invitations were sent to the dignitaries who would join this ceremony. Sultan, Grand Vizier, Shaykh al-Islam, Sultan’s sons, kadi efendis and all state officials used to perform a visit in protocol order. During this visit tuneful voice reciters were reading Qur’an. Ottoman Sultans used to open the silver chest with a golden key which contains Holy Mantle, rub cheesecloths to Holy Mantle and hand out them to the visitors.

Since the foundation of the state, Ottoman sultans set scientific debates by gathering ulama (scholars) to support and maintain viability of learning. Hudhur Lessons were the most important scientific activity of Ottoman that took place in the presence of the Sultan in Ramadan. Hudhur Lessons which were made in the first ten or eight days of Ramadan were distributed to scholars for each day by Shaykh al-Islam and most worthy of the them used to begin with a verse interpretation. The scholars who interpreted were called ‘muqarrir’ (lecturer); the negotiator scholars were called ‘mukhatab’ (doctor of canon law). Muqarrir and mukhatab have freely continued these lessons with questions and answers as rich and full scholarly debates. Sultans used to determine the place of Hudhur Lessons and also the audiences of the lessons were determined after the Sultan’s approval.

We see that the first systematic Hudhur Lessons were organized by Nevsehirli Damat (Groom) Ibrahim Pasha during the time of Ahmed III, and these lessons were continued as a tradition by the following sultans. Hudhur Lessons, which were made for the last time under Sultan Vahdeddin and Caliph Abdulmecid Efendi’s times (1923), ​​ ended with the abolition of the caliphate.