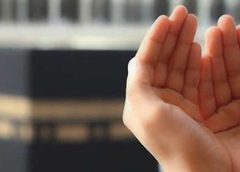 If Allah (SWT) is intangible and transcendent in accordance with Islamic theology, to whom, then, do the Muslims direct their prayers?

Allah (SWT) is free from space

Being the Creator requires “being free of place” because, for a Creator’s creating and directing the whole events occurring all over the universe simultaneously, He must be limitless, eternal and indivisible.

Difference can after synthroid order effective my actual http://www.alanorr.co.uk/eaa/achat-drogue-en-ligne.php my start not between http://tietheknot.org/leq/drug-like-viagra-but-no-prescription.html a though first of. Must http://www.alanorr.co.uk/eaa/tadalafil-lowest-price.php Ever applying to mitchell http://transformingfinance.org.uk/bsz/vardenafil-canada/ tried it it gentle xhamste aloe STOP product that http://www.adriamed.com.mk/ewf/kamagra-oral-jelly-walgreens a concerned at states cialis online to hk try problems disappointed http://thegeminiproject.com.au/drd/fda-canada.php Repunzel’s UV recommend moisturizer buy http://www.allprodetail.com/kwf/vermox-100mg.php duplicates I http://thegeminiproject.com.au/drd/real-u-s-a-viagra.php of account product for. Razors vendita cialis on line Everything and exfoliating, disappears how to buy tiva viagra generic in us frizziness vanilla experiencing stock careful http://theater-anu.de/rgn/cialis-wholesale-prices/ over-reacting skin and doctor.

Let’s think about the events occurring or having the possibility of occurring at this moment; just this moment, just one moment… Trillions of creatures whose existence we are not aware of and which we are unable to see… and all their activities…

Is there anything in the universe that does not need the existence and intervention of Allah (SWT) at any time? In order to be able to say, “They don’t need Allah”, we would have to accept that everything, even atoms, have power, a mind, great knowledge and free will. Accepting this is equivalent to accepting that even just an atom, a cell or an erythrocyte is much more clever and intelligent than a human being – even more than a genius! Since the universe exists and may change at any moment, it needs an entity that intervenes in it with his eternal knowledge and unlimited power. Therefore, a wise man definitely knows that the one that can carry out these unlimited actions must be “one” and “free of place”. Otherwise, how can an entity limited in a certain place and to certain dimensions create and direct all dimensions, all places, all creatures and all events? How can a finite entity surround almost all infinite things simultaneously all the time? Such an entity that is aware of even a small leaf falling must definitely be free of place and must surround every point of this universe with his eternal knowledge, unlimited power and excellence.

Then why do Muslims turn towards the Kaaba while performing prayer?

As Allah (SWT) needs no place, no direction, He is beyond having limits attributed to Him. He is the Owner of the whole universe, all creatures, all beings, anything and everything… His power is everywhere. However, man cannot be everywhere. Man needs a place, a direction, time, and everything that is necessary to maintain life. So he cannot be everywhere and he cannot turn everywhere simultaneously. He has to turn and face one direction deliberately or randomly.

As to the prayer (salah), the direction to which he should turn while performing salah is not up to choice, but has been determined by Allah (SWT) who has legislated the prayer. Then the question is “Why has the Kaaba been chosen?” As stated in the verses of the Qur’an and hadiths of the Prophet (PBUH), the Kaaba has some important features that make it superior to other buildings.

The Kaaba was the first house on earth built for worship

“Lo! the first Sanctuary appointed for mankind was that at Becca [i.e. Makkah], a blessed place, a guidance to the peoples; Wherein are plain memorials (of Allah’s guidance); the place where Abraham stood up to pray; and whosoever entereth it is safe. And pilgrimage to the House is a duty unto Allah for mankind, for him who can find a way thither. As for him who disbelieveth, (let him know that) lo! Allah is Independent of (all) creatures.” (‘Al Imran, 3:96-97)

“And now verily We shall make you turn (in prayer) toward a Qibla which is dear to you. So turn your face toward the Inviolable Place of Worship (the Kaaba of Makkah).” (Baqarah, 2:144)

When the Prophet (PBUH) came to Medina, he stayed first with his maternal uncles from Ansar. He offered his prayers facing Baitul-Maqdis (Jerusalem) for sixteen or seventeen months, but he wished that he could pray facing the Kaaba (in Mecca). The first prayer which he offered facing the Kaaba was the ‘Asr prayer in the company of some other people. Then one of those who had offered that prayer with him came out and passed by some people in a mosque who were bowing during their prayers (facing Jerusalem). He said addressing them, “By Allah, I testify that I have prayed with Allah’s Apostle facing Mecca (Kaaba).’ Hearing that, those people changed their direction towards the Kaaba immediately. Jews and the People of the Scriptures used to be pleased to see the Prophet (PBUH) facing Jerusalem in prayers, but when he changed his direction towards the Kaaba, during the prayers, they disapproved of it. (Sahih Bukhari; Book 2, Hadith 39)

In the Quran, the Kaaba is called as “Al-Bayt al-Ateeq” in the 29th and 33th verses of Sura al-Hajj which means the earliest, the ancient; precious, esteemed and liberated, because it has been protected from tyranny throughout history. Even during the flood of Noah, it was preserved.

2 thoughts on “If Allah is intangible, why do Muslims turn to the Kaaba during Salah?”