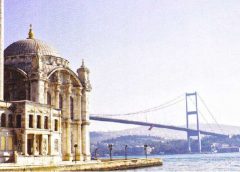 TP: Africa has been subject of colonization and exploitation so far. Do you think the engagement of Turkey in Africa will bring prosperity to both parties and in what ways?

Turkey has already played a very important and crucial role in the development of Africa by virtue of the scholarship program it has with the cooperation of the Islamic Development Bank (IDB) for the last more than a quarter of century (since 1985). As you know, the IDB-Govt of Turkey scholarship program is mainly for study in certain professional subjects, such as medicine, engineering, agriculture, dentistry, pharmacy, veterinary, and computer science. There are now about 800 graduates from Turkish universities doing highly commendable and strategic jobs in many African countries, with their governments, in the private sector and some have started to apply the entrepreneurship skills they learnt in Turkey. (For details, refer to The Crucial Role of Turkey in Development of Africa, The Pen 16th issue, p. 15)

TP: International relations are strongly affected and shaped by the tension between Iran and Israel in the Middle East. Can the emergence of Turkey as a regional power change the relations and atmosphere in the region in a positive way?

With its independent and active foreign policy, Turkey has started playing an important role in the Middle East. In the past, Turkey was known in Asia as ‘Europe-minded’ and placed its membership of the EU as its most important policy objective. Alhamdulillah, with the new government’s emphasis on clean and good governance, Turkey has emerged as an economically strong country, registering highest annual growth among the EU member countries and still has great potential to grow further in every sector of the economy. Now, I believe Turkey is actually needed more by Europe than it is in need of Europe. As you know, economic strength counts very much in international relations, as education/academic strength and also military strength.

TP: Turkey has applied a ‘zero problem with neighbours’ policy with significant success over the last ten years. Yet with the inception of the ‘Arab Spring’ and the turmoil that ensued, the balances have changed sharply and Turkey has found itself in the position of having to make hard choices, such as siding with some countries against others. What kind of approach do you suggest Turkey takes in such a chaotic atmosphere?

An active foreign policy means Turkey inevitably has no choice but to take sides, especially when human rights and democracy are at stake. Turkey has long experience of ‘guided’ powers, the army was given the role of custodian of secularism, quite often at the expense of basic human rights and democratic values. However, Turkish experiences are different from those of many other countries in the region. So while Turkey can be a good tutor to many countries in the Middle East as the result of the Arab Spring, Turkey should not go so far as to dictate its own course of history to others. On this, I mean if what I read was true, it was not proper to advise some of those governments to maintain secular lines, when they have a better chance of applying the higher human and universal values that they have been aspiring to for decades.

Turkey’s independent and active foreign policy in the Middle East, with its role on the issue of Palestine and pressure on Israel, has been very much respected by many both in the East and in the West, as has its policy on gross violations of human rights and democratic values.

TP: You are also very much involved in civil society activities in Indonesia. In this regard, one of your foundations is also a member of the Union of NGOs of the Islamic World (UNIW) founded in 2005 and currently having 217 member NGOs from 53 countries. When we consider the situation of Muslims around the world, what does UNIW mean to you and what is expected from this union?

During the rule of the Ottoman Sultans, Turkey used its influence and articulated its interest on matters concerning the Muslims all over the world. For example, when the Muslim community in South Africa was facing hardships under the then colonial rules, the Sultan protested to the British Empire and the pressure on the Muslim community there was lifted.

Now UNIW is the embodiment of the international civil society movement, based in Turkey and initiated by Turkish NGOs. The UNIW leadership should work with the leadership of the ruling party and it must try to persuade the government to take an interest in the affairs of the Muslims all over the world, especially such non-controversial and clear issues of gross violations of human rights and democratic values. The case of the oppression faced by the Burmese Muslims is a case in point, as you see from many reports and concerns shown by even the Western governments, the USA, the UN, etc. The pressing question in Rohingya and in Myanmar in general is not only humanitarian, but more of a political one; where the government of Myanmar should be informed that the world is watching them. The present flare up and riots against the Muslims in Myanmar come when the country is just trying to move toward democracy with the movement spearheaded by Aung San Suu Kyi. We hope she can guide the country’s leadership toward a peaceful solution of the affairs of the Myanmar Muslims, which is the result of their not being recognized as citizens, although they have been living in Myanmar for many centuries.

*Dr Mohammad Siddik (Indonesian National) is the former and first Head of the IDB Scholarship Program (1984-96) then Director IDB Regional Office for Asia Pacific in Kuala Lumpur (1996-2000) and Director Technical Cooperation Office (2000-2002) IDB. Earlier he served five years each at the UNICEF HQs in New York and Kathmandu, Nepal (1973-79) and with the Organization of Islamic Conference at Jeddah, KSA (1979-84).