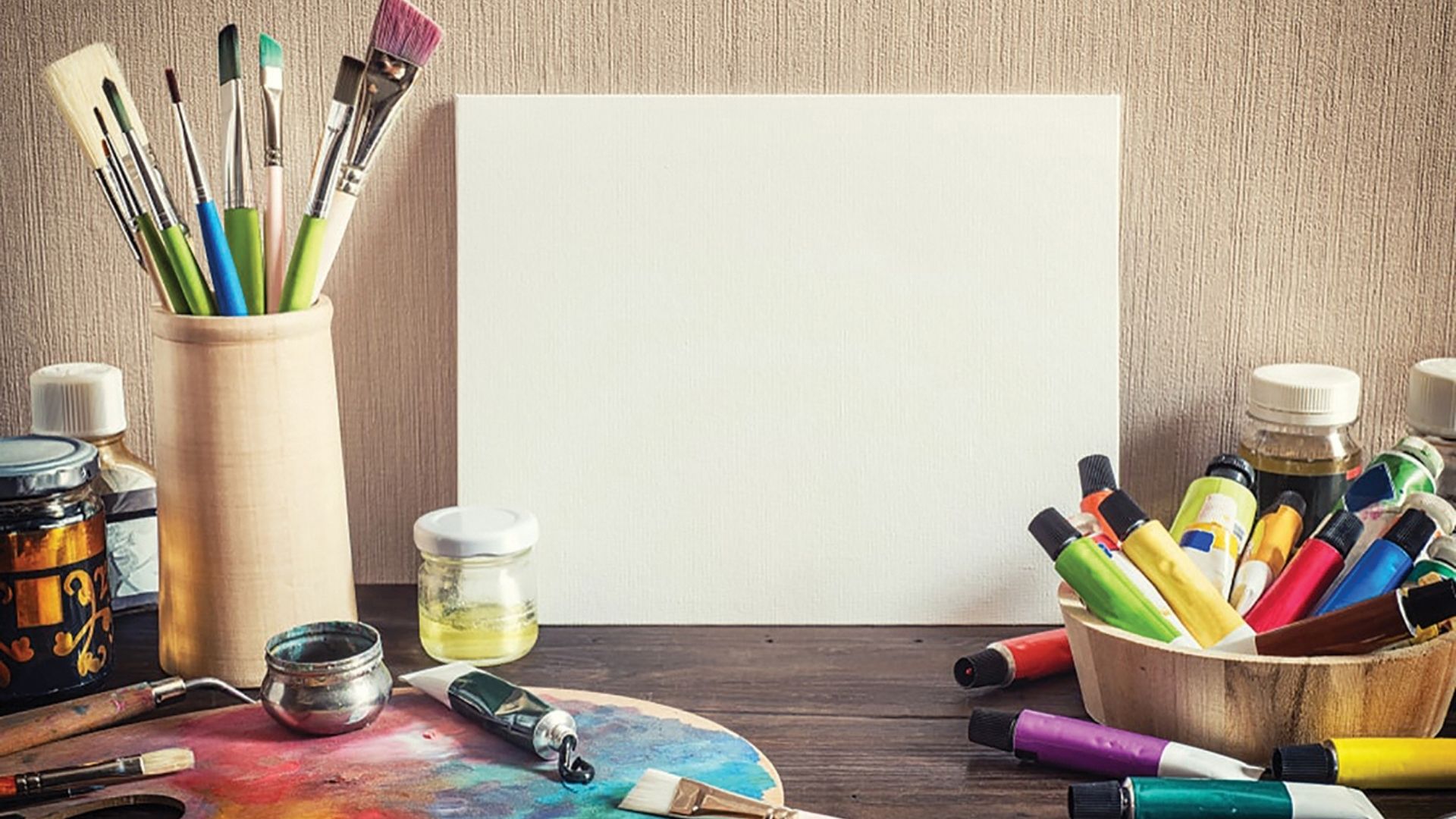 Canvas, easel, paint, palette, solvent and oil medium, paint brush, the palette knife, and some general supplies such as paper towels, cups, jars and tape. These are some painting supplies. When you see a painting on a wall, remember these supplies. They are the ones that bring paintings into being. (Actually canvas and easel cannot do it. These two are the place where the others work.) These supplies turned the colourless canvas into a work of art. They came together and took that first step from a white material to a great painting. These supplies kept working on the canvas since it was primed and put on the easel.

It is hard to believe in such a story. There is one big detail missing. And it is so obvious that you don’t even bother to say it.

However, this obvious thing is a matter of life or death in real life. It affects our view on existence. It gives you the meaning of life.

Before stating the obvious, let’s read another story:

Earth, universe, chemical elements, physical substances, land, soil, water, air and fire, and mountains, oceans, deserts and more. These are some supplies for the creation of the Earth and life on it. When you look around and see any being, remember these supplies. They are the ones that bring the living world into being. (Actually Earth and universe cannot do it. These two are the place where the others work.) These supplies turned the lifeless earth into a living world. They came together and took that first step from an infertile rock to a breathing sphere. These supplies kept working on the Earth since it came into existence and took its place in the universe.

Now, how’s that sound? Possible? I am sure many people see this second story “possible” (including some intelligent philosophers and scientists). Moreover, a lot of people may not see the “missing detail” in this story. What is worse, it is not obvious for them anymore.

When you look at a painting, it is very obvious that its coming into existence is not just mixing of ingredients. That painting is a product of a precise, sensitive, determined, wise, knowledgeable, volitional act. But you cannot see any evidence of these attributes on the supplies of the painting. That is, they don’t look they know what they make.

What if a book comes to help? There is this book that tells and explains “how” the supplies come together, how the paints poured on the palette side by side, how the brush dampened in the water and then dipped in the paints, and so on. (Let’s name the book “laws of painting”.)

An extremely savage man enters a palace that had been built in a desert, and perfectly decorated and beautifully furnished in a way that reveals all of the signs of civilisation. He looks and sees thousands of harmoniously ordered, masterful objects in the palace. He begins to inquire into the identity of its builder, and in an irrational way he begins to say ‘Definitely one of the objects within this palace built the palace and everything within it.’ He looks at various objects but his mind finds it difficult to swallow the idea that one of them could make all of these objects. He then sees a book, in which the plan for the building of the palace is written, as well as a list of its contents, and its management protocol. Clearly this book too does not have the least capability, quite like all of the other objects in the palace, to build and decorate it. Nonetheless, because he can see that the book is a statement concerning theoretical laws and protocols, it must be connected to the palace as a whole. He feels compelled to say ‘It is definitely this book that built, organised, and decorated this palace, and it made all of these objects and placed them and hanged them in their proper places.’

Nobody can say that a painting is made by its supplies or a book that explains its production.

Despite this undeniable truth, how could some intelligent philosophers and scientists attribute the earth and all existent beings to “nature” or “forces of nature” or “laws of nature”?

How could they ignore “the missing detail” in these stories?

Ascribing the Earth – our home that is like a marvellous palace – to “unconscious” forces, and moreover attributing the living beings to “lifeless” elements, and what is worse saying that “conscious and living” humans are the work these lifeless, unconscious forces and elements of nature could only be the worst of stories.

Especially living beings – human being first, and then animals and plants – refute the idea of being attributed to forces, elements, and nature. You can observe that – now thanks to “science” it is undeniable – their coming into existence is not just random mixing of physical constituents or chemical substance. It is a precise, sensitive, determined, wise, knowledgeable, volitional thing. When you examine them you see a particular balance of differing quantities of substances contained within each of them. If an amount larger or smaller even to the weight of a particle had been taken away, they would lose their special characteristics. How could unconscious elements and forces possibly make them come into existence?

So, what it the missing detail and the obvious?

Most people know this. Those who hesitate must extract their head from the swamp of nature, and look at the Majestic Artful Maker to Whose existence all existing beings, from the particles to the planets, testify in different languages, and point to with their fingers. See the manifestations of the Beginninglessly Eternal Inscriber, Who built this palace of Earth and wrote its programme in the notebook of laws of nature.

Denying the existence of one God is remote from rationality. We shall all look at Allah’s commandments, read His Qur’an and listen to His final messenger Muhammad alayhissalatu wassalam.