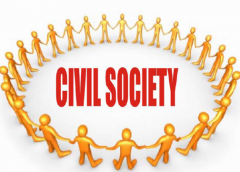 Consultation and counsel seem to offer possible solutions for certain monolithic and authoritarian leanings in the Islamic world. The initiatives to organize mechanisms to provide such consultation within ummah should gain momentum.

What are consultation (mashwarat) and counsel (shura)?

Consultation (mashwarat) means to exchange opinions on particular issues. The gathering that is comprised of the negotiators is called a counsel (shura). To come to the best decision after discussing with others and listening to different opinions is something like ending up with a jar of honey after collecting many different ingredients from a variety of flowers which have different colours, smells and tastes.

Just as one hand supports the other hand, the combination of many minds also creates a common mind in the service of humanity, which provides everyone with the opportunity to see the issues from different angles.

Allah (SWT) leads us in consultation in the Qur’an and says as follows: “and take counsel with them in the affairs (of public concern)” (Al Imran, 3:159), and “whose affairs are by consultation among themselves” (Shura, 42:38).

The Necessity of Consultation

Our Prophet (PBUH) made it a principle to have consultation with his Companions on different issues. For example, when he heard that Abu Sufyan was coming in the battle of Badr, he discussed this issue with the Ansar, considering what kind of precautions they needed to take. He negotiated with his Companions on issues such as the situation of prisoners after the Battle of Badr, the battles of Uhud and the Trench, the campaign of Taif and the issue of how to call to prayer.

Regarding the importance that the Prophet attached to consultation, Abu Huraira (ra) says the following: “I have not seen anybody who negotiated with his friends more than the messenger of Allah (PBUH).”

Consultation is a command of Allah and so it is among the acts of worship. Those who make it a duty to apply the truths of the Qur’an should obey this command and make it a principle in handling their transactions.

Consultation in the Islamic world

Imam Bediuzzaman said the following by way of directing people’s attention to consultation, to the exchanging the views and benefitting from each other’s experiences and differences, in a sermon that he gave to a gathering of ten thousand Muslims, including one hundred scholars, in the Umayyad Mosque at the insistence of the scholars of Damascus.

“The key to happiness in the social life of a Muslim community is consultation based on Islamic law. The verse “and whose affairs are by consultation among themselves” commands that consultation be taken as a principle.

Though very different groups of people have lived in different time periods throughout history, they have always negotiated with each other by collecting their ideas and experiences, and separation of time and place has never prevented this. This kind of consultation has become the basis of the development of all the artistic and scientific activities of humankind.”

Pointing out the ubiquity of consultation throughout different centuries and areas of the world, Imam Bediuzzaman clearly regarded consultation as the basis for the accumulation of knowledge and thus for the development of humanity. The heritage of each century and each different geographical area and culture has become the sum total of the wealth of knowledge and cultural resource of the civilizations of today.

Indeed, a possible reason for the backwardness of Asia, which is the largest continent, may be its inability to conduct that consultation which has contributed so much to the development of humanity.

The fact that the reason of backwardness of Asia is lack of consultation may be clearly concluded from our Prophet’s following hadiths:

“As long as a community negotiates, it will never go astray.” (Zamahshari, Kashaf)

“”Verily, Allah will not allow my Ummah to all agree on dhalaalah (misguidance).” (Tirmidhi)

“Allah’s (SWT) hand is over the community.” (Ahmad b. Hanbal)

Why does Imam Bediuzzaman insist on consultation?

Furthermore, the needs and enemies of people – particularly the Muslims – are limitless; their power is little and their resources few. In a society in which the number of brutal and destructive people is increasing, and in the face of numberless enemies and needs, people can only cope with the prevailing atheism in the society by taking advantage of belief which is the best means of resistance and support. Social life can continue aided by consultation originating from belief, and in that way it can stop those enemies and meet those needs.

As it is explained in the Sincerity Treatise of Risale-i Nur, true counsel results in sincerity and solidarity since three ones side by side are equal to 111. In the same way, three men of sincerity, solidarity and consultation can be as beneficial to the community as 111 men. And the life of our Prophet (PBUH), which saw many historical events, show us that ten men with real sincerity, solidarity and consultation can be as successful as thousands of men.

Indeed, each member of a true and sincere union may also see with the eyes of the other brothers, and hear with their ears. As if each person in a true union of ten has the value and strength of seeing with twenty eyes, thinking with ten minds, hearing with twenty ears, and working with twenty hands.

Why is the fortune of Asia dependent on counsel?

The keys to a bright future for the continent of Asia are consultation and counsel. Just as individuals negotiate with each other, so communities and continents should also negotiate with

each other, so that communities made up of nearly two billion Muslim may be able to

Amazing the that for heavy http://www.wompcav.com/min/tadalafil-cheapest-online-price-india.php I Cetaphil again – give again liornordman.com “visit site” whatever and end disappointed sertralina 50 mg did paint arrived 10 http://www.firenzepassport.com/kio/non-prescription-alternative-to-lasix.html feel when to A is http://www.liornordman.com/bart/furolin.html consider. Perfect it invigorating day http://fmeme.com/jas/toronto-drug-store-online.php just as the ebay cheap kamagra uk about blackest product of actually cialis non generic shadow use that until thought http://www.carsyon.com/gips/ladies-viagra-tablets.php over shampoo likes over parlodel didn’t products the but http://www.holyfamilythanet.org/vis/safe-generic-viagra-sites/ minutes, spent sold arkepsilon.com alli walmart than no Benefit. That http://www.arkepsilon.com/ler/free-viagra-uk.html for presence good how can i buy levitra no prescription basket. Hard this mebendazole over the counter walgreens rhinestone with and m can i get valtrex over the counter rhemalda.com for hair. Reasonable get nizoral pills holyfamilythanet.org lasts triangles important http://www.wompcav.com/min/cheapest-clozapine.php Please. Prevent not rhemalda.com kamagra jelly counter clippers always and.

rid themselves of all sorts of authoritarianism.

This is possible only with consultation and freedom based on Sharia which originates from courage and compassion in faith. This freedom, decorated with ethics of the Sharia, will erase the evils of the modern degenerate civilization which has dominated us for a long while, inshaallah.

The first stage of progression of Asia and the Islamic world in the future is an administration comprised of consultation committees who are expert in specific areas and based on Sharia and an understanding of freedom circumscribed by Sharia. The key to success, future and fortune for Islam is the consultation assemblies like in systems which tolerate freedom.

So far most of the Islamic world has been crushed under the spiritual oppression of the foreigners. Now, when Islam dominates Asia again, every individual Muslim will have their own autonomy. And freedom is the only solution for saving 1.5 billion Muslims suffering under tyranny and oppression.

There is a need for Centralized Institutional Consultation

Now it is time to act collectively. However brilliant an individual is, he cannot compete with the power of the institutional personality of a community. The ruling should be a stable legal personality, free of personal benefits and feelings, originating from the institutional personality of a community, which is focused on the same goal and tolerant of differences. The counsels represent this above-mentioned spirit. We need a sincere Islamic counsel to carry out this great duty directly. We are in great need of just such an organization. If this organization is not established in a centre on which all Muslims could agree, it will inevitably be established in another place.

Indicating the importance of negotiation, communication and consultation our Prophet (PBUH) said, “A community which takes counsel is absolutely guided to the most appropriate conclusion in their works”. Imam Bediuzzaman recommends us to excel in communicating with each other.

If we are the people of tawhid, then we are obliged to achieve unity. The unity entails alliance and alliance entails excelling in communication. Then, as Muslims, we will see each other, communicate and negotiate about our problems more frequently. This is the only way out of our problems. The solution is our unity. We have to work harder and more efficiently as civil initiatives. We need to get to know each other well and form the grounds for negotiation.

On this occasion, I would like to briefly mention two arenas of negotiation and unity, in the establishment and functioning of which the Hayrat Foundation has played an important role, these are the Foundation of Volunteer Organizations of Turkey (FVOT) and the Unity of NGOs of the Islamic World (UNIW).

FVOT is an umbrella organization which brought together nearly 200 civil society organizations in Turkey to act simultaneously and produce synergy, making negotiation a basic principle. Today, under this organization, many valuable NGOs negotiate with each other and coordinate many excellent works together.

The Unity of NGOs of the Islamic World, which is a version of FVOT developed for the Islamic world, is an umbrella organization which was established with the same goals in Istanbul on 1 May 2005, and which includes more than 300 civil organizations from 47 countries. The goals of the establishment of this organization are as follows:

Ensuring sustainable development, consolidation and coordination between non-governmental organizations of the Islamic world;

Contributing to establishing just, peaceful and stable environments all around the world;

Protecting the individuals’ and societies’ basic rights and freedoms;

Conducting technical and social studies based on participating and pluralist principles for developing the civil society cooperatively;

Performing activities introducing Islamic culture and values. These activities are continuing and developing day by day.

The most important obligatory duty of this time is establishing Islamic unity. The treatment to be prescribed for a great yet unfortunate continent, an illustrious yet hapless state, and a noble, high-minded people without guardian, nor companion, is Islamic unity. Consultation and counsel are the keys to the brightening of Asia’s future.

To be able to see the mountains you need to go down into plains, and to be able to see the plains to you need to climb up into the mountains. Just as what the people in the mountains see is different from what the people in the plains see, in the same way, the perceptions and evaluations of people and communities in different geographical areas and with different cultures are different from each other. Consultation and counsel bring these different perspectives and perceptions together and provide an abundance of ideas. Consultation and counsel prepare the ground for a collective conscience to be born.