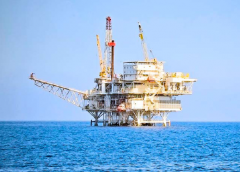 Imam Bediuzzaman Said Nursi`s thoughts and commentary on Islamic unity in relation to political and economic integration provides us with a new vision about the future, yet translating his ideas into action and practice will take time and effort.

Islamic unity is a very vital issue which concerns all Muslims, and it is not only a political issue, but encompasses all other issues related to the whole spectrum of worldly life. The essence of this unity emerges from the bonds and solidarity between two Muslims due to their brotherhood-in-faith and this continues to mutual cooperation and assistance among all Muslims throughout the entire Islamic world. The principle underlying this unity is based on faith, the belief in the oneness of Allah, in the Prophet Muhammad (PBUH) as the messenger of Allah, and in al-Qur’an as the book of Allah.

“Verily this Brotherhood of yours is a single Brotherhood, and I am Your Lord and Cherisher: therefore serve Me (and no other)…”  (Anbiya, 21:92.)

“And hold fast, all together, by the Rope which Allah (stretches out for you) and be not divided among yourselves…”  (Al-Imran, 3:103)

The unity of the Islamic ummah is a reality proclaimed in the Qur’an, in the verses above and numerous others like them; it is one of the key strengths of the ummah at many levels, from the cultural to the political.  It is the unity of the ummah, the common understanding that all Muslims are brothers and sisters in faith that makes Muslims feel at home wherever they may go in the Muslim world.  However, translating this principle of unity into practical unity at a more functional level has always proved problematic. From the earliest days of Muslim history there have been differences and conflicts within the ummah. More often than not, Muslims within the same country are always in disagreement on issues of politics and Islamic law. And likewise, there is disagreement amongst Muslim countries over political and economical issues, thus hampering the wise intention of Islamic unity. This article intends to highlight the thoughts and commentary of Imam Bediuzzaman Said Nursi with regard to Islamic unity vis-à-vis political and economical integration, and to translate his thoughts into action and practice.

Imam Bediuzzaman Said Nursi (1873-1960), a renewer (mujaddid) of Islam for this century, divides his life into two periods, namely the “Old Said” and the “New Said”. In his early life, which he called the life of the “Old Said”, he had obvious political inclinations. The latter  part, which he called the life of the  “New Said”,  started with the composition of the Risale-i Nur collection and was shaped by the period when he was focused on the service of the Qur`an and the faith. However, in the Risale-i Nur, Imam Said Nursi did not discuss explicitly how to attain the aspirations of political and economical integration, he avoids any discussion on political or economic issues. But he knew very well that Islam calls for social as well as political change. He strove hard to resist all oppression, and at the same time develop all the elements necessary for shaping society according to Islamic principles.

Imam Bediuzzaman realized the plight of the ummah, and he could see clearly that the biggest enemy for contemporary Muslims was from within. He therefore emphasizes strong faith as the most central element that needs to be addressed, continuously nourished and strengthened. His immediate concern was to kindle the fire of Iman in the hearts of the Muslims, especially the younger generation. This involves purifying one`s faith on the basis of the Qur`an and the Sunnah, and transforming one’s behaviour to the model Islamic behaviour and personality of the early Muslim community in Madina al-Munawwara.

In line with this, Imam Bediuzzaman promoted Islamic unity and tried to re-establish the concept of Islamic ummah (community) among Muslims, based on his interpretation of the Qur`anic verses which declare very clearly that it is the Creator Himself who has caused human beings to be in tribes and nations, so that they may know each other (not that they may despise each other), but what makes them superior is their consciousness of Allah (Hujarat, 49:13). In this regard therefore, he suggested the following as the elements underlying the realization of Islamic unity:

i)                    Should adhere to the basic principles of the Sharia, i.e. unanimity in the oneness of Allah, in the Prophet Muhammad (PBUH) as the messenger of Allah, and in the Qur`an and the Sunnah as the constitution and guide

Although our main source of enlightenment and our true guide, the Qur’an, strictly urges us as Muslims, to adhere to unity, solidarity, cooperation and alliance, contrarily, we are fragmented into a thousand pieces and sometimes seem to hate each other more than we hate our enemies. It is clear that not being unified gets us into a lot of troubles. In spite of the dreadful tragedies that we have experienced for the last two hundred years, we still have not yet learned how to become united. What actually prevents us from being united?

In the real world of today, the European Union (EU) and the United States of America (USA) are the most successful examples of large political unions.  On the other hand, what similar unions among the Muslim countries can we exemplify? The League of the Arab States and the Organisation of Islamic Cooperation (OIC) are examples of these unions. In spite of all the well-intended initiatives, it is clear that there is not yet a viable coordination, cooperation and alliance among the member states of these unions. The question is, why can Europe and the USA establish such viable and functional unions, while we are not even able to come together and talk on less sensitive issues, let alone establishing a socio-political and economic union? The European countries have established such a successful and prosperous union because sociologically, politically and economically they are so close to each other that there is no serious difference between them which would prevent them coming together and uniting. This identification of the European states is a product of a long historical evolution of social, political and economical development, and this common history brought them to a point where they could exchange their experiences and come closer to each other. When the states resemble each other so much, they will not be damaged by cooperation, on the contrary, they will derive benefit from the union.

From the above discussion, it is clear that it is social, political and economic integration that brings forth the spirit of unification. In other words, socio-political and economic integration is the unifying factor. But why are the Muslims not able to come together and establish a socio-political and economic union even though we have lots of common features?  It is clear that the Muslim countries are generally disunited. Somehow, it is the differences in the respective thoughts, understandings and ideologies, be it in politics, economics, jurisprudence, etc. that keep them apart. Islam forbids fragmentation and disunity, more so amongst the Muslims. By right, we have our faith as the clearest underlying unifying factor. As Imam Said Nursi puts it, ‘a living vibrant and dynamic faith could lead the ummah to a meaningful future in history’… Let us pray that this may be the case, and by the grace of Allah (SWT) this aspiration will materialize in the future, sooner or later.

Through many Qur’anic verses, Allah (SWT) has laid down the most important foundations for the realization of the Islamic ummah, which Muslims should understand and implement in their lives. In these verses, Allah (SWT) indicates that the desired ummah is founded on two important bases. This foundation enables them to perform the great task, which Allah (SWT) ordains, of leading other nations to their goodness and happiness. Also, Allah (SWT) indicates that if one or both of these bases are absent, the whole society will collapse, and it will not be able to perform the task that Allah (SWT) assigned.

The first of these bases is taqwa of Allah (SWT) or piety, because when Muslims have taqwa of Allah (SWT), they will avoid doing anything which is not pleasing to Him. And also they will fulfil their duty towards Allah (SWT) and towards other people. The second basis is unity amongst themselves, because disunity and division are characteristics of the disbelievers.  Allah (SWT) warns Muslims from breaking down this unity that He created. And on the Day of Judgement, Allah (SWT) will address those who fall into divisions and disputes saying, “Did you reject faith after accepting it?”  For this reason, the Prophet Muhammad (PBUH) said in his last sermon to the Muslims, reported by Imam Muslim, “After my death, do not turn into infidels, fighting and killing each other.”

Further relevant considerations that can contribute towards the realization of Islamic unity, and thus the establishment of the Islamic ummah, are:

a) Uniting the minds and souls of Muslims and integrating them inwardly once again through recourse to the Islamic intellectual, artistic, and of course, religious tradition, and rejection of the totally anti-Islamic alien concepts, motifs and models which have cluttered the Islamic landscape during the past century. This must be done most of all through the re-Islamization of education at all levels in the Islamic world, and conducting more international conferences on Islamic awakening and the unity of the Islamic ummah,

b) While persevering in this process of re-integration and inner unification, attempts must be made to remove those obstacles which it is in the power of present-day Muslims to remove, such as petty disagreements among them, thereby creating more mutual respect and understanding irrespective of their differences in Fiqh or Islamic jurisprudence. By creating greater understanding and mutual respect through the most universal interpretation of the message of Islam, which would embrace all the members of the ummah, at least those differences, which are so easily manipulated by the powers that be, will be greatly reduced. But the most immediate and the highest goal is to remove the obstacles to unity within ourselves and to live constantly in the awareness of the reality of Allah (SWT) who is the source of all unity.

Finally, we should realize that working towards the unity of the ummah is the duty of all Muslims, which should be collective work that needs all our efforts. It needs all of our effort without any exception, starting from purifying ourselves and our communities from all those problems that cause division and disunity. We should realize the dangers of disunity in our communities, because division and disunity will weaken the ummah and open the door to our enemies, which could lead to total destruction.

Imam Bediuzzaman Said Nursi reminds all Muslims that the reason why they should be united and in harmony with each other is for the realization of the success and victory of Islam in this present world. All Muslims are people turning towards the same direction (qiblah) in their prayers, thus they should manifest this oneness of mind and heart at all times. When all Muslims, irrespective of their ‘tribes and nations’ comply with this call of unity, socio-political and economic integration will prevail, then help from Allah (SWT) will come, and will make the Islamic ummah victorious once again.

Let us pray to Him to join our hearts and unite the ummah to revive the `Divine Civilization` in human history. Amin.