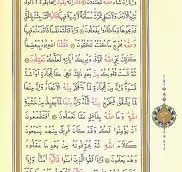 We have always been crying out the problems but less we talk about the solutions. We say that people were underestimating the power of Islam and that they couldn’t see the beauties of Islam and so on.

We have many goals, but we are mainly sent into this world to attain the pardon of Allah (swt). As we see and experience around us, there are many many sick actions and immoral diseases in the world waiting their turn to be cured. These problems need to be solved; these diseases need cures and prescriptions. So many Psychologists have been writing and saying things on the breakdown of the societies. But unfortunately there has been no proper solution for the problems and no healing cure for the diseases of this time. Bediuzzaman declares that these diseases are spiritual and they stem from the weakness of our iman. Thus Bediuzzaman submits effective prescriptions which will restore “iman” and “tawhid” pillars through his collection of treatises which is called Risale-i Nur. Risale-i Nur has deep goals which can be summarized as follows:

1- To fix a certain and verified belief to the hearts.

2- To enable Islamic principles to appear in life according to the tenets of belief.

3- To ensure the solidarity and unity of the Muslims.

These are main goals. In order to fix a certain and verified belief (iman) in the hearts the source is The Glorious Qur’an. We started our journey with the slogan “There is no question whose answer doesn’t exist in the Qur’an.” I am honored to remind you that this year (two thousand ten) has been declared as the QUR’AN YEAR. Qur’an symposiums, conferences and seminars are being held all over the world.

Islam, with the grace of Allah (swt) is spreading throughout the world and the more we stick to our beloved religion and the Qur’an, the more we develop in person and in society. And if we live Islam accordingly to the Qur’an and Sunnah others will find their ways in Islam upon seeing us. Bediuzzaman Said Nursi says: “History testifies that whenever Muslims have adhered to their religion and Qur’an, they have progressed relatively to the former times. And whenever they have become slack in their adherence, they have declined. As for Christianity, it is the opposite of this.” (Isharatu’l I’jaz, pg:25)

Bediuzzaman says: “If we were to display through our actions the perfections of the morality of Islam and the truths of belief (iman), without doubt the followers of other religions would enter Islam in whole communities, some entire regions and states, even, would take refuge in Islam.”  (The Letters, Damascus Sermon, From the Risale-i Nur collection)

The world is like a small village now with the blessings of the last time which are the internet, technological developments and being always occupied with some social activities. Mostly no respect, no mercy, no place for privacy, everything is learned at the very second it occurs. Thus, as a result of the misusage of these, world we live in is also increasingly profaning. So, it needs spiritual remedies which take their sources from the Qur’an and Sunnah and thanks be to Allah that Risale-i Nur performs this mission properly and effectively these days.

We know our path is thorny… But we are ready to walk on this path eagerly and voluntarily only for the sake of Allah seeing no negatives and no mistakes of the others, seeing only our mistakes and faults. Serving with commitment and sincerity.

Let’s walk on this Path together, hand-in-hand, sharing our unique mission with brilliant ideas and knowledge and efforts.