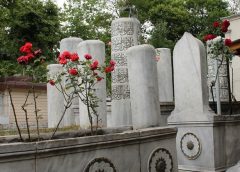 Belief in hereafter has been discussed a lot in the last century. But this article is not about to make readers believe in the resurrection after death and the existence of hereafter. This is about benefits of believing in it, the afterlife.

Living in the world is not something easy. We all know it might get too hard struggling with the problems such as money, conditions of environment, trust issues, or health. And the list goes on like that. But maybe the most important of them is the question of “death and the next.” We all wonder what is going to be after we die but at the same time we do not want to know or we usually ignore because we want to live forever.

You might not see any clue of the hereafter, or you might hope or know that it is real and we will be resurrected. However, I will count 4 benefits of believing hereafter.

Firstly, kids, who are almost half of the population all over the world, are sensitive, emotional, delicate and easy to heartbreak. Moreover, bad events like death may affect their future life in a really bad way. But the belief of hereafter gets a child to know that the person he lost will be with them forever.

Now I want you to just think that you have a son and he lost his mother. Then he asks you about the dead one. You have two options, first goes like “Son, I’m sorry your mother is gone forever and we won’t see her again. This is the nature, everybody dies you know, you must be strong.” Such a bad tranquilizing and now he feels worse because he knows everybody might be gone anytime for ever which will make him feel more alone and worse.

The other option goes like “Son, I know you are sad but you have to know that your mother is in the heaven now and if you be a good boy you will see her in the heaven.” You see you gave him a lesson as a bonus.

Second benefit is for old people. Let us go on with another imagination. Now I want you to think you are an old man who is about to die. You are going to complete your lifetime soon which was filled with laughter, joy, efforts for better, love, hate, sorrow etc. Empathy is very important at this point because you are going to be non-existent if you are one of those who has no belief in hereafter. I’m sure you will ask yourself “Is this it? but… but I want to live, I want to be!”

On the other hand; you, old man who is looking for an exit, an answer. Belief might be the key of peace for you. You know there will be a resurrection and you will be. Isn’t it the question of to be or not to be?…

Third benefit is about young people. Belief of hereafter might be the only way to get them cool down. Do you want to know how? Like this; we want to be brave, right? Sometimes we want to be like the characters in movies who is brave, running around with weapons, has no fear of anything, save the day, briefly we want to be a hero, but what we don’t know is the profit of fear. Yes it is something good even though we see it like worthless, useless. Fear keeps us safe. I am sure you would find it reasonable if you think about it.

Moreover, that same fear of hell keeps young people from being bad. You might say being bad is about personality, well I say if you think in logic and if you have one life, one shot which will end forever, no hereafter, you would want the experience everything in your life and some of them would be bad. I’m not going to give an example for now. However in belief of hereafter, there are only two choice; hell and heaven. We see both fear and prize! Now you know how…

The last benefit goes like; family is the most important thing for a society. All researches say this. The peace in a family depends on respect, love, maybe most importantly patience. There are thousands of couples get divorced because of having no patience with each other. The benefit of belief in hereafter becomes important here; to really respect, love and be patient with each other might be possible if you know your partner will be with you forever. This knowledge may get you to think like; alright she might have some habits I don’t like, but it’s just for this world, everything is perfect in heaven; well I’m not great also, so let’s be patient.

Don’t forget: if family is in peace, so is society.

Peace be upon you…