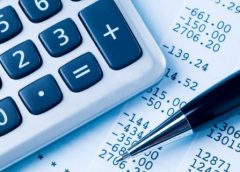 One of the main pillars of civilization is charity constitutions which help maintaining a level of prosperity for the whole community.  Its origin is only seen in the revelation, as the main source of benevolence throughout the history.

“The alms are only for the poor and the needy, and those who collect them, and those whose hearts are to be reconciled, and to free the captives and the debtors, and for the cause of Allah, and (for) the wayfarers; a duty imposed by Allah. Allah is knower, Wise.” (Qur’an, Tawbah, 9:60).

The present civilization accepts force as its point of reliance in social life, knows selfish profit as its goal, regards life as a struggle for survival, describes the dynamics of different societies by motives of racism and negative nationalism, and determines the goal of the individual as satisfaction of the selfish desires and accumulation of wealth to cope with ever increasing needs.[1]

An article published on the Wall Street Journal seeking solution to the economic crisis and gap between classes, with the Waqf Institution of Islamic Civilization, is showing the West’s tendency and heading towards recipes based on revelation.

Ottoman-era Turkey lacked a budget for the provision of basic services. To fill the void, more than 35,000 private foundations, known as ‘vakıf’ in Turkish, funded public-works projects and municipal services, from water systems and schools to hospitals, bridges and roads.[3]

In Islam, the poor are those whose property are below “the amount of Nisab” or as much as the value of Nisab, but not enough for their basic necessities. A person is accepted as rich on condition that he owns one of the followings which are also the “amount of Nisab:” 80,18 gram gold; or money or commercial property costing as much as 80,18 gram gold; 40 sheep or goats; 30 cattle; 5 camels. [4]

Each parameter is perfectly designed in revelation and hadith that constituted all foundations and proper course of action from the very micro example to the greatest ones.

“If I request computers from the UN, they will take months and require a number of assessments. They will spend $50,000 to give me $7,000 of equipment. If I request computers from Turkey, they will show up next week” says Mohamed Nour, the Mayor of Mogadishu, Somalia, in September 2013 when he was asked about Turkish aid to Somalia. Neither the President nor the Mayor is alone in praising Turkish aid. Since 2011, virtually all political actors, refugees, representatives of UN, and NGOs from and outside of Turkey have made similar comments. Two years later today, Turkey’s humanitarian aid to Somalia has become one of the most well-known acts that has gained the hearts and minds of people in Africa and elsewhere.[5]

In 2013, Turkey provided US$1.6 billion for humanitarian emergencies, making it the third largest government donor of official humanitarian assistance.[6]

People have always desired to live in peace and happiness. Therefore the idea and the foundation of charities & waqf institutions are a method of translating those ideas into practice.

Humanitarian aid, waqf institution and bridges among classes & hearts can only be gained with putting revelation (Quran’ic Civilization) into the center of our life to achieve the goal of having perfect harmony of living together, love and peace and to keep people away from self-centered thoughts and caring about others rather than self preservation and self development. Only in this way, the West will have the chance to rebuild the social order and peace in real terms.

May Allah bestow peace, mercy, and blessings upon you!

The Jihad and Peace