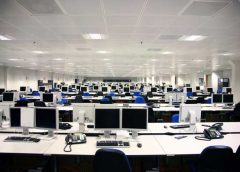 The kingdom of fear in the hearts and minds of non-Muslim society not only in United States but also in all around the world.  The deep roots of this problem starts with disinformation, takes its place on the media through distorted examples which appears to be the movements or groups practicing real Islam. Extremists groups are intentionally trying to act in the name of Islam and showing up just in the time and in the format that misinformation experts need to create the worst image of Islam ever.

In this day and age, if you have the full control of the media, than you will have the full effect on the people of your nation. If they are peddling the hate and fear of Muslims and Islam in the forms of books, reports, websites, blogs and carefully crafted talking points, which dedicated anti-Islam grassroots organizations use as propaganda for their constituency, and if they are spending more than 42,6 million over ten years just for this purpose systematically to spread lies and myths about Muslims, it is nearly impossible for any of the individual in this society not to have his share of poison about Islam.

According to a research in September 2010, mentioned in the report “Fear,inc.”, a Washington Post-ABC News poll showed that 49 percent of Americans held an unfavorable view of Islam, a significant increase from 39 percent in October of 2002.

This research even proves once more that Islam is a miraculous religion. According to Dr., instructor of medicine at Medicine Harvard School, mentioned on his report that “after the attacks on 9/11, on Sunday, September 16, the Islamic Society of Boston issued an open invitation to the Islamic Center in Cambridge, located between Harvard and MIT. We did not expect more than 100 people, but to our surprise more than 1,000 people came, among them the neighbors, the university lecturers, members of the clergy, and even the leaders of the priests from the nearby churches, who invited us to speak on Islam. All expressed solidarity with Muslims. Many questions flowed to us. Everyone wanted to know about Islam and to understand its precepts.” This shows that even in the worst situation Islam’s star is still shining. Though the blamed were the Muslims, the actors behind the scenes were serving for Islamofobia. This incident was the biggest negative impact to the image of Islam and Muslims living there.

A prominence scholar of our time Bediuzzaman Said Nursi states that “Man is an enemy to what is unknown to him”. Under the umbrella of this truth we must put ourselves in this people’s place to understand why and how they regard Islam as terrorism. The reason is so clear. They don’t have any other choice. Their minds and psychologies are under a harsh and systematic attack through manipulation of information at the utmost level.  The ideas imposed on minds make this society be afraid of Islam and Muslims. Misinformation experts have no doubt about the perfections of Islam and the reactions that would be given by the public people if they get face to face with the true presentation of Islam. This is what they fear of. Thus, it is for sure that, lights of the Sun cannot be covered with a piece of clay.

A novel can be understood right if it is completely read. After finishing it you will have the right of criticism. But while reading if someone changes some pages with some texts, the story will be completely different than before. Scratching out the truths in Islam and misguiding the public by showing it more different than it is.

Seeking the truth without the dirty curtain of the most terrific terrorism on minds, a great deal of people will give up having a bad image of Islam and  Muslims. Every one of the people will benefit from the Sun directly.

One thought on “The path of systematic destruction and disinformation”