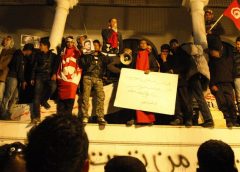 I think a new anniversary will join to the existing ones that we have analyzed on recent days: September 13th.

The recent middle east tour of the prime minister Recep Tayyip Erdogan which is called “Arab Spring” or “Revolution” tour by some will be remembered as an important date maybe not in our country but most probably in those countries visited.

Al-Quds Al-Arabi published an editorial with the title “Ottoman Sultan in Cairo”. The Turkish PM’s arrival at the Cairo Airport was worth seeing.  Furkan Torlak from state television TRT wrote that the Prime minister said in the TV programme Akşamın Onu, “I am a president which is the servant of his people; I am neither a commander nor chief.”

The love of the people of Egypt, Lebanon and Tunisia for Erdogan who are thirsty for servant leaders and tormented by chief-commander-politician tyrants for decades is a clear sign of this hunger. This is a clear message to all of the Muslim World through Erdogan and Turkey: This is a message saying, “We want administrators who bases their  administration on human dignity and rights, who prefer service and benevolence to his people to his own desire and benefit.” The leaders of those countries should hear this message if they want the Arab spring really blossom.  Mubarek is gone but the people of Tahrir still needs fortune. Tunusia is restless. Lebanon is unsettled. And a hot winter still reigns over Syria and Yemen.

Apart from the demonstrations, the good calculated and most timely visit of Erdogan will yield effective results by all means and on all levels. The visit of Erdogan saying “My heart in Gaza, my voice in Tahrir” will be most applauded in Gaza and reflected in Tel Aviv.

The US reaped the whirlwind in September 11 for the wind she sowed earlier. But later on, she broke out bloody storms particularly in Afghanistan and Iraq. Some countries benefited from 9/11 more than US with the excuse of “war on international terror”. Since 9/11 lots of things from aviation regulations to the theory of international relations have turned upside down. Metin Mutanoğlu from Al Jazeera tweeted: “9/11 commemoration ceremonies in the US are  truly hypocritical. Americans cry each year for the 3000 they lost. What about the others?”/ “The world does not even stand up for a moments’s of silence and respect for those died because of the wars launched by America in Afghanistan and Iraq….”

Impossible not to agree, because there are not much who remember the victims terrorized with the excuse of 9/11! How many 9/11s are the losses in Afghanistan and Iraq? How many 9/11-like slaughters do America and her allies carried out  under the pretext of Usame bin Laden and Saddam Hussein? Did not the operations of Bush against rogue states turned the US into a rogue state? The empire of fear is not good fort the US economy eaither.Did not Israel for whom America spent billion dollars and for whose security she declared wars turned out to be a villain in the Mediterranean last year?

“The Black Train” set off in September 12th, 1980 shunted in October 21st 2007 and September 12th 2010. The changes/amendments (particularly Article 145) accepted in the last referendum of September 12th cut the life blood of the mentality of tutelage and the elite. It founded a judiciary system where the ones chasing heroism in the name of protection and lookout can be judged. We can’t be grateful enough for it!

Now, we want to write  a new constitution, to carry the train to the future without derailing it off the track, by equipping it with “speed”, “safety” and “independence”.

It seems that numerous methods will be tried to turn the constitution regulating the operation of power elites into a social contract. Rather then writing a new constitution, the important thing in the process where the ruling party will be tested in terms of “rightfulness” and “method” is an increase in the number of libertarian jurists and judges who digested the human rights well. The  refinement of the intellects is as important as the elimination of the staff with a tutelage and elite mentality.

In short, everyone has big responsibilities in this process. The spring came us late too. We need to wait the storms to calm for summer to come. A little more patience!

Liberation,  Green, Taksim squares, we have a common fate! If the spring will ever come, it will be for us all!