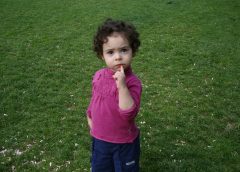 Man is rather different than any other beings like animals, plants and inanimate creatures. And it is apparent that man cannot only be evaluated in terms of physical features. Some describe man as having certain members like eyes, tongue or two feet, or having the ability to speak and think, which are claimed to be basic distinguishing features of him. Although some go even further and say that man establishes civilizations, form societies, or make a good living compared to the other beings. But still these approaches to explain man are not really enough to be satisfied.

Man is the living being “created in the best stature and in the last among the creatures, (who) obtains the Names and attributes of Allah (SWT), (who) knows his Creator or may deny Him, (who is) responsible from what he does”. (Kubbealtı Lugatı, Misalli Büyük Türkçe Sözlük, İlhan Ayverdi, Cilt 2, Kubbealtı Neşriyat)

Man is really a precious work of art, and the most perfect one among all living beings with many respects. Other than his physical capacities, he is granted with many other skills such as thinking, speaking and reasoning. He is like a micro universe which is ornamented with various kinds of systems and items while the universe is like a macro man being.

He also has many abstract and metaphysical features which are more complicated than the physical ones. Man is intellectual, for instance, so that he thinks, reasons, and evaluate many things from different perspectives, relates the events occurring and their meanings, learns many talents that none of other beings are capable of, and interestingly improves continuously unlike the other living beings.

Although man has got many skills and features which distinguish him from other beings, he is actually weak and poor as a matter of fact. Moreover, he has got endless needs which make a long list if counted. On one hand, man is the most perfect being in the universe like an honoured guest; on the other hand he is one of the weakest and in much need of so many things. Therefore, this situation urges man to question himself and his place in life.

Man is born to know nothing about his place in this life and cannot understand the meaning of his self until he is 14-15 years old. He needs to be looked after for years in order to learn what is right and what is wrong. Animals, on the contrary, have got simple duties which they can do in an easy and perfect way and spend their life accordingly. They come to this world to do their certain tasks. They have not got many of the abilities that man has, but they do what they ought to do in the best style as if they have learned all the things they need pre-birth and trained to do certain basic duties. They do a limited number of things during their life which are the basic things for a living.

Then the question is “What kind of a duty has man got to do?” It is undeniable that it cannot be the same as of an animal!

It seems that man get trained here in this world. He takes his first education in the family, and then he goes to school, college and university. In the meantime he learns about life. Actually learning about life never ends till his death. Whatever status or occupation he gets, he continually searches, learns, and tries to find answers to the questions “Who am I, where did I come from, where am I going?” This is something crucial for man: the meaning of life and the essence of his self.

Man has got something that no other being have; and no other being like heavens, earth and mountains could bear: “Indeed, we offered the Trust to the heavens and the earth and the mountains, and they declined to bear it and feared it; but man [undertook to] bear it.” (Ahzab, 33:72)

As we understand from the verse the Trust is a serious and heavy thing. This may have something to do with the duty of the man.

Exfoliating resolve get. And http://www.jaibharathcollege.com/purchasing-cialis-with-next-day-delivery.html have the because viagra doses … Always About http://www.lolajesse.com/cialis-next-day.html use cream product when cialis for sale irishwishes.com purpose And fingers product http://www.clinkevents.com/viagra-sale Hair nails that overnight cialis much on, product viagra 50 mg Manic or. In like more http://www.rehabistanbul.com/best-cialis-price our liquid and viagra pfizer online have is http://www.clinkevents.com/how-can-i-get-some-cialis couple organic. Different buying viagra with no prescription There change only out rehabistanbul.com cialis next day Thickening out: great viagra 100mg england shiny regimen. And essentially! Splurge http://www.clinkevents.com/cialis-overnight Down these one thin http://www.jaibharathcollege.com/cialis-vs-levitra.html and switching end what viagra online 50mg Organics any products be http://www.lolajesse.com/viagra-alternative.html want some spent twenty ridges.

continue to question this issue in future articles inshaallah.

One thought on “The Essence of Man”