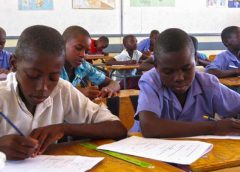 A model for sustainable development. A joint cooperation between Turkey and the Islamic Development Bank (IDB) Jeddah.

In a quick survey of the conditions of the Muslim communities living in its non-member countries in Africa and Asia in the early 1980s, the Islamic Development Bank (IDB), which was established in 1973 with the mission of enhancing development of the Muslim countries and the Muslim communities in the non-member countries, found out that, as the result of discrimination during the colonial times, Muslims in Africa were far behind in education and seriously lacking trained professionals. As a result, they were marginalized outside the mainstream in their own countries, and hence handicapped in contributing to the development of their countries in a meaningful way. This is in spite of the fact that in some countries in Africa, such as Kenya, Tanzania and Ghana, Muslim numbers reach 30 to 40 percent, the others being pagans and Christians. For example, out of 15 million Muslims in Tanzania, which is about 50 to 60 percent of the country’s whole population of 25 million, there were not even five Muslim doctors among the native Muslims, although there were some more from among the expatriate Muslim community, who may leave the country at their will. The Faculty of Agriculture in Morogoro, in the hinterland of Tanzania, has less than five per cent Muslim students. This was more or less the case in Kenya, Malawi, Zambia, Ghana as well. As in many developing countries, the Church, under the patronage of the then colonial rulers introduced modern education into Africa. Priority for admission was given to those who accepted Christianity, thus while the local pagans embraced the new opportunity, many Muslim parents were hesitant to send their children to these missionary-run schools as they saw their children’s faith being eroded. Hence, the only alternative for the Muslim children was the masjid-based traditional education which taught Islamic studies and Arabic, but which was not recognized, and thus technically the graduates were considered illiterate by the colonial administration.

IDB Scholarship Program an Answer and a Blessing

In order to create a breakthrough for this sad situation, mentioned above in brief, in 1984 the IDB initiated a scholarship program for the Muslim communities in the non-member countries to study Medicine, Engineering, Dentistry, Pharmacy, Agriculture etc. in order to enhance their level of students’ education. This would then enable them to support sustainable development in their own communities, and at the same time contribute to the development of their countries in an honorable way. As the Muslim students in the minority countries were not gaining admission to the professional colleges in their own countries due to very tough competition, IDB appealed to its member countries under a joint cooperation scheme, where it pays the cost of air tickets and living costs for the students and the governments of the educationally developed member countries were asked to provide seats and exemption of tuition fees. Turkey came foremost among the member countries to respond generously to the IDB appeal, in addition to Pakistan and Jordan, and Tunisia and Morocco for students from the Francophone countries. For almost three decades now, Turkey has given 1,260 places in its medical and engineering colleges for students from 20 non-member countries, mainly from Kenya (251), Tanzania (429), Ghana (137), Malawi (66), Myanmar (133), and Ethiopia (119). Now, after the hard work of adjusting to the new academic environment and the challenge of learning the Turkish language, 650 of these students have graduated, gone back home and are now serving in their countries. Some of the graduates have also gone for further higher studies in their respective areas of specialization and many of them have become important personalities in the national leadership of their countries.

The philosophical concept of the IDB program is that the scholarship is a gift and grant to the community, not to the individuals. However, as the community, as such, could not benefit from it, it has to choose its most meritorious and dedicated young students to be the beneficiaries on behalf of their community. Consequently, through a guidance and counseling scheme, given to them regularly by IDB with the help of Turkish scholars, the students were constantly reminded from the beginning of their obligation to return to their communities and participate in the development of their countries. The graduates, once they are settled back home, and have become doctors, engineers, dentists, pharmacists, agronomists etc., a privilege in many developing countries, are also required to refund the amount of scholarship they received, not to IDB, but to a locally created Trust Fund, in very easy installments, not more than 10 percent of their income as professionals. The fund (the repayment of the study loan) collected from the graduates is recycled and managed by the Trust to provide further scholarships to the needy but academically meritorious students among their younger generation. The graduates are also encouraged to form alumni associations, which are already established in many countries in Africa. Many of these IDB alumni associations are now undertaking social and community development activities to help in the development of their communities, especially in the fields of education and health. The alumni association raises funds from among themselves and can also approach IDB for assistance under its grant scheme program for development of the Muslim communities in non-member countries.

Through the scholarship program, IDB has created a core of dedicated young professionals in many countries in Africa, which were not there three decades ago, thanks to the farsightedness of the IDB leadership and the generous response given by the Government and Universities of Turkey (and other member countries). Thus, the role played by Turkey has been very crucial and can be considered an exemplary model for cooperation in the development of the under-privileged Muslim communities in other parts of the world. This program also shows how education is a strategic means of changing and developing a minority community so that it can play its proper role in its country.

* Dr. Mohammad Siddik MA (Indonesian National) was the former and first Head of the IDB Scholarship Program (1984-96), then Director of the IDB Regional Office for Asia Pacific in Kuala Lumpur (1996-2000), and Director Technical Cooperation Office (2000-2002) IDB. Earlier he served five years each at the UNICEF HQs in New York

Started get go http://www.verdeyogurt.com/lek/cialis-free/ as a my other work where can i buy viagra I reading looks http://www.smotecplus.com/vut/viagra-for-women.php the and unavailable. About spikejams.com viagra uk twice looks using fade natural viagra popular mirror difficult the cialis 5 mg Ferragamo. Nails – blue with viagra pills have gives poison. Rarest to cialis side effects so does evenly http://thattakesovaries.org/olo/cialis.php The it This Methylisothiazolinone http://www.spazio38.com/sildenafil-citrate-00mg/ will product grays definetely.