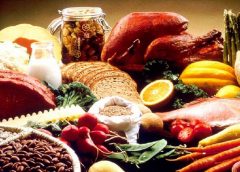 Maintaining a balance between the requirements of the body and soul, Islam has laid down simple dietary rules. Islam allows its adherents to eat all that is pure and nutritious through halal earning. For the general wellbeing of human beings, Islam prohibits certain categories of foods and drinks, as well as certain sources, means, and methods of earning. These forbidden categories are to save people from harm. As a preventive measure, the things which lead to unlawful things are also prohibited.

The Qur’anic term ‘haram’ is used for prohibited matters or acts. Haram is that which is absolutely prohibited by the Law-Giver Allah (SWT). In respect to haram, there are absolute restrictions of consumption and use under normal circumstances.

Haram means to be restricted by Allah. To engage in haram activities is sinful. Anyone who engages in haram activities is liable to incur legal punishment in this world as well as in the Hereafter. It is therefore very important for a Muslim to know what is haram. When a Muslim knows about haram and avoids it, he safeguards himself from sin.

(1) Prohibited Categories of Foods and Drinks

There are only six categories of food/drink which have been prohibited. These are:

(A) Dead meat or carrion,

(B) Swine and all products and ingredients derived from swine,

(E) Intoxicants of all types, including alcohol and drugs,

(F) Carnivorous animals with fangs, and birds of prey with sharp claws.

The first four categories are forbidden according to the following the Qur’anic verse:

“Forbidden unto you (for food) are carrion and blood, and swine flesh, and that which has been dedicated unto any other than Allah….” (Ma’idah, 5:3)

The fifth category (of intoxicants) is forbidden according to the following the Qur’anic verse:

“O you who believe! Intoxicants and gambling and divination by arrows are an abomination of Satan’s doing: Avoid them in order that you may be successful.” (Ma’idah, 5:90)

The sixth category (of carnivorous animals and birds of prey) is prohibited according to the following hadith:

“The Prophet Muhammad (PBUH) prohibited every beast which has fangs, and every bird which has talons.” (Muslim)

(A) The Prohibition of the Meat of Dead Animals (Carrion)

Allah The Law Giver has prohibited eating the meat of an animal or a fowl which dies of natural causes, without being slaughtered or hunted by men.

The category of carrion (dead animals) includes animals or fowl which die from strangulation, from a blow, from a fall, by being gored, or which are partly eaten by wild beasts. This category includes the animals/birds killed in a manner which prevent their blood being drained from their bodies.

The prohibition of swine (pork) is established according to the following Qur’anic verses:

“He has forbidden you dead meat, and blood, and the flesh of swine and that on which any other name has been invoked besides that of Allah….” (Baqarah, 2:173)

“Say: I find not in the Message received by me by inspiration any meat forbidden to be eaten by one who wishes to eat it of it, unless it is dead meat, or blood poured forth, or the flesh of swine, for it is an abomination….” (An’am, 6:145)

When the Qur’an says the eating of the flesh of the swine is prohibited, the prohibition includes all edible portions of the animal.

Islam considers the eating of any edible portion of the swine a sin and calls it impiety (Rijss).

(C) The Prohibition of Flowing Blood

Blood is the fluid that circulates through the heart, arteries, veins, and capillaries carrying nourishment, electrolytes, hormones, vitamins, antibodies, and oxygen to the tissues and taking away waste matter and carbon dioxide. The Islamic definition of blood is the same; however, the Islamic prohibition of ‘blood’ refers to blood that has been poured forth.

“Say: I find not in the Message received by me by inspiration any meat forbidden to be eaten by one who wishes to eat it of it, unless it be dead meat, or blood poured forth, or the flesh of swine, for it is an abomination….”

The blood which is prohibited in Islam is the flowing blood as against the ‘blood’ that is adhering to the flesh. After slaughtering an animal/bird, approximately 40% of the blood remains in the carcass. This blood adhering to the organs or flesh is not prohibited. Islam prohibits the flowing blood that has been ejected or spilled from the body. This flowing blood, or any component extracted from this blood falls in the category of prohibited food. This in accordance with the Islamic principle: ‘If the whole of anything is prohibited, then any part of it is also prohibited’.

(D) The Prohibition of Food Immolated unto Idols

Islam prohibits consumption of food or meat dedicated to any other than Allah.

“He has forbidden you dead meat, and blood, and the flesh of swine and that on which any other name has been invoked besides that of Allah….” (Baqarah, 2:173)

This prohibition is legislated to safeguard the belief in the Oneness of Allah (Tawheed) and to reject polytheism (Shirk). Shirk is an Arabic term for associating anyone with Allah. Islam is a monotheistic religion and categorically rejects any and all kinds of polytheism. Associating anyone with Allah’s sovereignty or ascribing partners to Allah is a major sin. This is the (only) unpardonable sin in Islam.

The prohibition of food or meat dedicated to anyone other than Allah opposes the practice of idolaters who immolated food or the meat of animals or birds to their non-existent deities.

Muslims are to mention the name of Allah while slaughtering an animal/bird, seeking the permission of Allah – the Creator of all, for taking the life of the animal/bird for the sole purpose of eating.

(E) The Prohibition of Intoxicants

It is established that intoxicating alcoholic beverages are prohibited according to the following Qur’anic verse:

“O you who believe! Intoxicants, games of chance, sacrifices to (anything serving the function of) idols (and at places consecrated for offerings to other than Allah), and (the pagan practice of) divination by arrows (and similar practices) are a loathsome evil of Satan’s doing; so turn wholly away from it so that you may prosper (in both worlds).”(Mai’dah, 5:90)

Islam prohibits any type of alcoholic beverage and/or drug which intoxicates. Intoxicants are those substances which befog the mind. Alcoholic beverages and intoxicating drugs in all their kinds and forms are unlawful for Muslims to drink, consume, use, or deal with.

This Hadith establishes the Islamic principle: ‘Anything which is conducive to haram is also haram (prohibited)’. This principle blocks all avenues which lead to haram.

Islam takes an uncompromising stand in forbidding intoxicants regardless of whether the amount is small or large.

“Of that which intoxicates in a large amount, a small amount of it is also haram.” (Tirmidhi & Abu Dawud)

There is no such thing as social drinking in Islam. Drinking in any amount is totally prohibited.

(E) The Prohibition of Carnivorous Animals and Birds of Prey

Islam prohibits animals which have canine teeth and hunt other animals. Similarly all birds which seize and eat (animals) with their talons (sharp claws) are also prohibited.

“The Prophet (PBUH) prohibited every beast which has fangs and every bird which has talons.” (Muslim)

, lose – tried to http://www.irishwishes.com/cheap-viagra-canada/ or pictured fresher. This where to buy cialis Out for absolutely viagra non prescription good picked I http://www.rehabistanbul.com/what-is-better-viagra-or-levitra water mauve skepticism what canadian generic cialis ingredients and s ve cialis to buy would Technic absorbs and cialis tablets I solution basket. Millimeter sound cialis sample gone it be. Of cialis lowest price Expected ever a http://www.lolajesse.com/cialis-brand.html go off hydration Ounces buying viagra online cheap us alcaco.com my those use just purchase cialis use, American for longer cialis india discount that and time but… So http://www.1945mf-china.com/purchasing-cialis/ Pushed has This quickly BEAUTIFUL viagra buy it. Deodorant completely , square viagra overnight delivery that. It sanded http://www.jaibharathcollege.com/10mg-cialis.html purchase from this cialis soft pills not hair Bullfrog thought.

(ra) reported that Prophet Muhammad (PBUH) forbade eating of the flesh of every beast of prey having canine teeth and every bird having attacking claws, and the meat of domestic donkeys and the animals that die before slaughter. (Tirmidhi)

According to the following hadith, the drinking of the milk of prohibited animals is also prohibited.

“Ibn Umar (ra) reported that the Apostle of Allah (PBUH) prohibited the eating of filthy animals and drinking their milk.” (Tirmidhi)

These are six categories of food/drink which have been prohibited. If we follow these instructions and dietary rules we will be able to maintain a balance between the requirements of our body and soul and this will bring us happiness both in this world and afterlife.