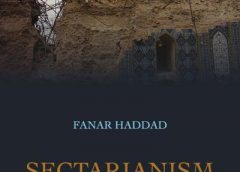 22-year-old Sunni Iraqi boy facing me was telling that the real perpetrator of the sectarian violence in Iraq were Shias because their clerics were encouraging and invoking them to kill at least one Sunni in their life. “That was a duty that each Shia youth was charged with by their clerics”, said the Sunni boy who was talking to me. Since the population rates are important they (Shias) are increasing their population by giving more births. “Even clerics say them to bring their wives to them so that they impregnate them if they are impotent and they really do” added the boy subjectively.

The boy that I mentioned was an inhabitant of Baghdad and he was severely affected by occupation of Iraq in 2003 by USA and the increasing sectarian tension afterwards. Since 2003 the elevating violence between Shias and Sunnis have appalled and overwhelmed the other Muslims living in neighbouring countries which are not much better when they are compared to Iraq. How could it be possible, we used to ask ourselves, that a Muslim can kill hundreds of his co-religionists in a blink of an eye even though they are subscribed to different denominations; whereas when the question is whether fishing, for example, is legitimate or not the discussion goes on for hours?

Fanar Haddad, an analyst on Middle Eastern and Iraqi affairs, allayed our amazement a little bit with his book titled Sectarianism in Iraq. To him the question whether Iraqi society is sectarian is meaningless if it is evaluated without a given time period and a specific group of Iraqis. Although Shia population has always been much larger than Sunnis, before 1991 events the injunction that the Iraqi state imposed to society is that ‘we are brothers’ or ‘we have no Shias and Sunnis’. However during that time the governmental andbureaucratic posts were accessible to only Sunnis. Though Saddam regime was secular in ruling, for the continiuity of his administration he had to depend on Sunni minority in the face of Shia majority and Iran threat. The oil reserves also were controlled by Shia groups in the beginning but when their economical value increased they were confiscated by the state and transferred to Sunni elite.

Haddad states that after 2003 the Sunnis who have been left without protection of the state got shocked by the hatred of Shias and stated that during Saddam era they did not know what Shia was and what Sunni was, and they were one Iraqi nation. However, the author Haddad clearly depicts that the things had been viewed in the eyes of Shia majority differently. In that point Haddad expounds successfully ‘the chosen traumas’ of Shias and articulation of what they had suffered through the symbolic language.

Since the beginning, the Arab Shias saw themselves as an indigenous part of Iraqi nation and though they have fought against Iran side to side with Sunnis they have not been able to get rid of the accusation of being ‘collaborators of Persians’ within the country. In answer to this, the Sunnis were blamed by Shias by being lackeys of Saudi wahhabism and enemy of family of prophet.

If the question is sectarianism contextual factors have a huge importance. One of the important arguments of author is ‘that the dynamics of sectarian identity are no different from those governing ethnicity or race; as such, my interest lies in sectarian identity as a form of mass-group identity’ gives us a hint to understand inner reality of the hatred that the clashing groups have towards each other especially when you consider that sometimes these clashing Shias and Sunnis are non-practicing secular members of groups.Sectarianism in Iraq as a vanguard work in this field will be an informative book for those who would like to understand the Iraq of today.