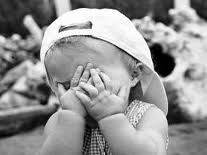 The word “humanity” is explained like; “The quality of being humane; the kind feelings, dispositions, and sympathies of man; especially, a disposition to relieve persons or animals in distress, and to treat all creatures with kindness and tenderness.”  It is easy to understand from this definition that  humanity has gained some perfection through some actions.

As known, the modern conception of human rights developed in the aftermath of the Second World War, in part as a response to the Holocaust, culmination in the signing of the Universal Declaration of Human Rights by the United Nations General Assembly in 1948. These were followed by developments in philosophy of human rights by philosophers such as Thomas Paine, John Stuart Mill and G.W.F. Hegel during the 18th and 19th centuries.

Unlike the Western World, the concept of Human Rights dates back to the first Prophet Adam, and still on the list of all believers all around the world.

If we look from the viewpoint of Islam, we will see innumerable examples throughout history.

Allah tells us in the Quran:”We have indeed honored  the Children of Adam, and provided for them means of transportation on land and sea, and given them wholesome food and exalted them high above the greater part of Our creation“(17:70).

Were there any Western Ideologies that care about the rights of neighbors or other people 1400 years before? Even today, do they care about it as it was being done before?

Respect for humankind is one of the basic teachings of Islam.  Islam not only recognizes absolute equality between men irrespective of any distinction of color or nationality, but makes it an important and significant principle, a reality.  But when do human kind becomes honorable? The answer is; if a man knows that everything in this universe is preserved with an ultimate knowledge, and made by All-mighty Allah, than reflection can be seen on him. But if he gives all these system working in harmony to nature, situation changes and he will lose his chance to be the best of creation. Master Badiuzzaman gives a good explanation to for this truth;  “Belief makes man into man; indeed, it makes man into a king. Hence, man’s basic duty is belief and supplication. Unbelief makes man into an extremely weak beast.”