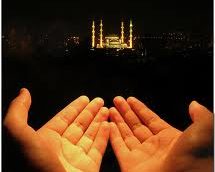 A few centuries later, after Islam emerged and became widespread around a vast geography, a movement called “tasawwuf” or  “tariqah” or “sufism” became prevalent among Muslims. Tasawwuf is a way of reaching Allah through intuition rather than mind and logic. We cannot learn tasawwuf from books because Abdul Qadir Jilani, one of the great sufis, says “Tasawwuf is a state (hal). It is not word or speech. It cannot be obtained by speech”. People used to learn the state of sufism in tekkes (derwish lodges) under the observation and instruction of a murshid-i kamil (a matured guide).

Historically, some claim that sufis find the roots of sufism in the life of prophet (PBUH). The root word of the tasawwuf is “suf” and that means to wear woollen clothes. In a narration Anas b. Malik says “The prophet used to accept the invitation even of a slave, get on a donkey and put on woollen clothes.”  So, the sufis also used to wear woollen garment.

The companions living in the arbour attached to the al-Masjid al-Nabawi are also thought as the pioneers of the sufism in Islam. This arbour was called then “suffa” and the word tasawwuf is claimed to derive from “suffa”.  Another group claim that the seclusion which prophet Muhammad (PBUH) lived in the cave of Hira carried the seeds of the sufism. Some companions learned the way and methods of the sufism from the prophet (PBUH) and carried them to the next generation. However it is, we understand that the source of tasawwuf is the prophet Muhammad (PBUH) himself.

The sufis follow the traces of the prophet Muhammad (PBUH) and they make the principles of the Qur’an the basics of their method. To verify this judgement a quote from Maulana, a famous sufi, is convincing.  “As far as I live I am servant of the Qur’an. I am dust of the feet of the prophet Muhammad (PBUH). If someone quotes from me something different from what I said here, I am both sick of him and sick of his words”

Bediuzzaman also supports the same idea while he was defining what tasawwuf means: “The aim and goal of the Sufi path is —knowledge of Allah and the unfolding of the truths of belief— through a spiritual journeying with the feet of the heart under the shadow of the Ascension of Muhammad (PBUH), to manifest the truths of belief and the Qur’an through illumination and certain states, and to a degree by ‘witnessing;’ it is an elevated human mystery and human perfection which is called ‘the Sufi path’ or ‘Sufism.’” (29. Letter)

We said the method of Sufism is based on intuition. As it is all in mystical experiences the experience of Sufism cannot be verified by modern scientific methods. As the human mind is the centre of the many sciences, that is to say it discovers and defines the rules and principles of working of the universe, in the same way the heart of human being also has the capacity to connect with the entire universe. The heart is like and index which comprises the nucleus of everything in universe. This nucleus is a potential of a great tree which if it is fed and served appropriately it will actualize all its potentials. So the question here is how we will function the potentials of the heart. Here comes the response from Bediuzzaman: “And the most effective means of working the heart is to be turned towards the truths of belief on the Sufi path through the remembrance of Allah in the degrees of sainthood.”

We will keep writing on the same topic with different aspects in the next article.