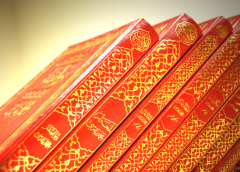 Risale-i Nur is such a strong tafseer, which expresses, explains, and proves the truths of faith of the Qur’an with strong evidence and proof, that it silences the most obstinate philosophers who deny the existence of Allah Subhanahu wa Taʿala.

By Altınbaşak Academic Research Board

Commentary is described shortly as, “Exploring, expressing and showing the secret meanings of the Holy Qur’an.”

Abu Hamid Al Ghazali compares the Holy Qur’an to an ocean without a shore. There are pearls, rubies and jewels in the deep of this vast ocean. The Commentary is a knowledge that reveals these secret pearls and realities. From this aspect, each book that explains the subtleties and realities of the Holy Qur’an is a kind of commentary. Many books have been compiled in this area in Islamic world. Imam Bediuzzaman Said Nursi explains that Risale-i Nur is a commentary in this way:

“Risale-i Nur is a very strong and real commentary of the Holy Qur’an. Since some careless people could not understand this reality completely, I will explain it in details. There are two kinds of commentaries (tafasir):

First is the known commentary that expresses, explains, and proves the phrases and the meanings of the sentences and the words of the Holy Qur’an.

Second is the type of commentary that expresses, explains, and proves the truths of faith of the Holy Qur’an with strong evidence and proof. This type is of great importance. The first type of commentary deals only with this issue briefly. However, Risale-i Nur is directly based on this second type and it is such a commentary that silences the most obstinate philosophers.”1

Another statement of Imam Said Nursi: “Risale-i Nur, which is mostly inspiration and extraction coming to my heart from the Holy Qur’an’s bounty and aid”2 is “directly a clear proof and a strong commentary and a bright flash of miracle and a ray of that vast ocean and a light of that sun and the commentary of the Holy Qur’an as it comes from the source of the knowledge of the truths which again is the Holy Qur’an.”3

Bediuzzaman, who benefited directly from the Holy Qur’an while compiling Risale-i Nur, states how he wrote his books:

“Imām Rabbānī Shaykh Ahmad al-Farūqī suggests insistently in his letters, ‘Make your qibla one.’ It means to follow only one master, do not get busy with others. That the most important suggestion of him didn’t suit with my nature. I thought much about which way to follow. However, I could not make a decision since each way has its charming features. One way was not sufficient for me.

While I was thinking about that, it came to my heart that the head of those different ways, the source of those rulers and the sun of those planets is the Holy Qur’an. That is the real way to follow. Therefore, the most significant guide and the most sacred master is the Holy Qur’an. I clung unto it. Obviously, my inadequate and miserable ability cannot properly receive that abundance of the Real Guide, which is equivalent to the elixir of life. However, we can show that elixir of life with its abundance according to the degree of those who receive the truth through their hearts and reach a spiritual state.

That is to say, those Words and Noors which come from the Holy Qur’an are not only matters of knowledge which serve the mind but also matters of faith which serve heart, soul and spiritual state.”4

“The speaker in Risale-i Nur is not me but the reality on behalf of the signs of the Holy Qur’an. It tells the reality and the truth. If you come up with something wrong, it is certain that, my ideas interfered and made it wrong unconsciously.”5

Knowledge of Kalaam (knowledge of theological rhetoric) has been described in two types in terms of its subject and purpose.

Knowledge of Kalaam according to its subject is the knowledge which gives information about the personality and attributes of Allah (swt), prophethood, the beginning and the end of life, nature of the creations in terms of this life and hereafter according to Islamic Basics.

Knowledge of Kalaam according to its purpose is the knowledge which proves and explains Islamic creeds and beliefs by using accurate and absolute evidence and removing possible doubts.

Knowledge of Kalaam saves the faith of man from the imitation level and improves it to a verified, absolute and unshakable level. It shows the people, who are searching for the truth, the true way and silences non believers and innovation (bid‘ah) supporters. Moreover, it saves the basic doctrines of the Islamic faith from being shaken by the doubts alleged by non believers. Besides, it purifies the intention of man in worship and strengthens his belief.

Risale-i Nur includes the knowledge of Kalaam in terms of the purposes listed above. However, it differentiates from the knowledge of Kalaam in terms of its method. For instance, Kalaam uses ‘contingency and createdness’ (huduth and imkan) to prove the Oneness of Allah (swt) whereas Risale-i Nur uses ‘order and purpose’method which is the method of the Holy Qur’an and it shows a way to reach Allah (swt) from every single thing.

Bediuzzaman expresses this feature of Risale-i Nur with an answer to one of his students:

“In your letter, you wanted to get a Kalaam lesson from me. You are already receiving that lesson. The whole Risale-i Nur collection is composed of luminous and veracious Kalaam lessons. Some sacred Islamic scholars like Imam Rabbani said so: Someone at the end of time will express the knowledge of Kalaam, in other words, faith issues of Kalaam which is the way of people of the right in such a way that he will cause that Noor to spread more than all people of tariqah (Sufism) and the elect who witnessed the truth.”6