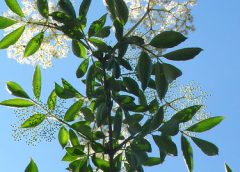 Every day many things happen in our lives and these happenings affect and change our lives, sometimes for better and sometimes for worse. Sometimes, we lose the track of time and ourselves, we find ourselves in situations impossible to escape. We say, “Why did this happen to me? Why me?” And sometimes we think that all the disasters and bad things find us. Most probably you are familiar with the saying which is popular with young people: “When everything is coming your way, maybe you are in the wrong lane.” It means you have to think more deeply about what is going on. In other words, “Nothing is coincidence and there is a wisdom behind everything.” This means that when something bad happens to you, you should not necessarily blame others for it, but rather look inside and ask yourself, “Why has this happened to me?” There is a reason for everything since we are here in this world merely as a test. This world is nothing but a place full of tests to differentiate between good and bad, diamond and coal, to differentiate between the Abu Bakr Siddiqs and the Abu Jahls.

“And fear tumult or oppression which does not affect in particular (only) those of you who do wrong and know that Allah is strict in punishment.” (Anfal, 8:25)

That is, beware of the calamity or disaster which when it occurs is not restricted to wrongdoers, but which strikes the innocent as well. The meaning of the above verse is as follows: this world is a field of trial and examination, and a place of striving where man is accountable for his actions. Accountability and examination require that reality remains veiled, so that through competition and striving the Abu Bakrs may rise to the highest of the high (ala-yi illin) and the Abu Jahls may enter among the lowest of the low (asfala safilin). If the innocent remained untouched by such disasters, the Abu Jahls would submit to truths just like the Abu Bakrs, and the door of spiritual and moral progress through striving would be closed and the mystery of accountability spoiled.” (14th Word/ Words Book/ from the Risale-i Nur Collection)

As the ayah suggests this world is nothing but a test, and the happenings which appear ugly to us, such as diseases or calamities, are the requirements of this test.

“Certainly, We shall test you with something of fear and hunger, some loss of wealth, lives and fruits (of your toil), but give glad tidings to (As-Sabirin) those who patiently persevere.” (Baqara, 2:155)

Our Prophet Muhammad (saw) says: “No fatigue, nor disease, nor sorrow, nor sadness, nor hurt, nor distress befalls a Muslim, even if it were the prick he receives from a thorn, except that Allah expiates some of his previous sins for that.” (Muslim) So through some kinds of suffering, Allah (swt) warns His servants, as well as preventing them from conceit and arrogance. Likewise, Allah gives warnings to us through sufferings in order to prevent us from making mistakes and committing sins, for Allah is the Merciful and He wants us to repent from whatever sin we may be committing. Also through afflictions Allah (swt) wants to save us from the torments of hell. If a believer keeps his patience in time of afflictions, he will receive the forgiveness of his Lord and get rid of his sins, which will help him to attain the hereafter. Through diseases and afflictions, we come to appreciate the value of the blessings; good health and comfortable living conditions which we never appreciated before because of our arrogance, though they were sent to us as gifts from the treasure of the eternal mercy of our Lord. We as mankind have the worst habits ever, like only appreciating the value of the bounties we have when we are about to lose them. So, diseases and afflictions make us become aware of the precious bounties we have been blessed with. Also, things are known through their opposites. For instance, if there were no cold, heat could not be comprehended, and if there were to be no hunger, man would never be able to appreciate the pleasure of food and eating.

By means of hardships and afflictions Allah (swt) prevents us from becoming conceited and arrogant. A man may forget the existence of Allah (swt) and his responsibilities as a servant and just live for this ephemeral world, ignoring death, and considering his mortal life as the everlasting one. But when death comes, he has nothing in his hands to take with him to the hereafter. However, through disasters and calamities, man comprehends how impotent he is, even against a germ, and remembers his debt of gratitude to the All-Compassionate Allah (swt), the only One who protects him from all the dangers and the only One who can save him from all his troubles.

Allah (swt) increases the reward (thawab) of His servants through diseases or afflictions. Sometimes, one hour of illness is equal to one day’s worship for patients. The distress of a few years of illness and affliction could bring a million years of well-being and happiness in eternal life. Because there are two types of worship – one is the worship of prayer and supplication etc; the other one is that of calamities and illnesses. By means of these, man realizes his impotence and performs sincere worship and supplication, taking his refuge in his All-Compassionate Lord. (The 25th Flash for the Sick/ Flashes Book/ from the Risale-i Nur Collection)

Allah’s Apostle said, “While a man was going along a road, he saw a thorny branch and removed it from the way and Allah became pleased by his action and forgave him for that.” Then the Prophet said, “Five are martyrs: One who dies of plague, one who dies of an abdominal disease, one who dies of drowning, one who is buried alive (and) dies and one who is killed in Allah’s cause.” (The Prophet further said, “If the people knew the reward for pronouncing the Adhan and for standing in the first row (in the congregational prayer) and found no other way to get it except by drawing lots, they would do so, and if they knew the reward of offering the Zuhr prayer early (in its stated time), they would race for it and if they knew the reward for ‘Isha’ and Fajr prayers in congregation, they would attend them even if they had to crawl’) (Bukhari, Book 1, Vol. 11, Hadith 624)

Allah gives the rank of martyrdom to His servants who die because of an incurable illness.

Moreover, Allah gives diseases and sufferings to His servants in order to bring them closer to Him. Let’s think about ourselves, when labouring under sufferings and difficulties, we seek help and strength from Allah for our impotence and despair. We take refuge in His eternal mercy and the infinite might of our Lord and we find the everlasting compassion we need, even the most misguided ones seek refuge in God when the hardship comes. Thus hardships definitely help mankind to get closer to God.

“In everything, even the things which appear to be the ugliest, there is an aspect of true beauty.

Yes, everything in the universe, every event, is either in itself beautiful, which is called ‘essential beauty’ (Husn-u Bizzat), or it is beautiful with regard to its results, which is called ‘relative beauty’ (Husn-u Bilgayr). There are certain events which are apparently ugly and confused, but beneath that apparent veil, there are most shining instances of beauty and order. Beneath the veil of stormy rains and muddy soil in the season of spring are hidden the smiles of innumerable beautiful flowers and well-ordered plants. And behind the veils of the harsh destruction and mournful separations of autumn is the discharge from the duties of their lives of the amiable small animals, the friends of the coy flowers, so as to preserve them from the blows and torments of winter events, which are manifestations of Divine might and glory, and under the veil of which the way is paved for the new and beautiful spring. Beneath the veil of events like storms, earthquakes, and plagues, is the unfolding of numerous hidden immaterial flowers. The seeds of many potentialities which have not developed sprout and grow beautiful on account of events which are apparently ugly. As though general upheavals and universal change are all immaterial rain. But because man is both enamored of the apparent and is self-centered, he considers only the externals and pronounces them to be ugly. Since he is self-centered, he only sees them according to how they affect himself and so judges them to be ugly. However though one of their purposes may be related to man, thousands of others serve to manifest their Maker’s Names.

For example, man reckons thorned plants and trees to be harmful and without any use, when they are actually among the great miracles of the Creator’s power. In fact they are the well-equipped heroes of the grasses and trees. And for example, hawks harrying sparrows is apparently incompatible with mercy, but through this harrying, the sparrow’s abilities unfold. And for example, he considers the snow to be very cold and uninviting, but under that chilly, unpleasant veil there are aims so warm and results so sweet they defy description. Also, since man is self-centered and worships the apparent and therefore judges everything according to the way that it appears to him, he supposes many things that are perfectly polite and correct to be contrary to good manners. For example, in man’s view, the discussion of his sexual organ is shameful. But this veil of shame is only in the aspect that faces man. Whereas the aspects that face towards creation, art, and its aims and purposes are veils which if considered with the eye of wisdom, are perfectly correct. Shame does not touch them at all. Thus certain expressions of the All-Wise Qur’an, the source of politeness and right conduct, are in accordance with these faces and veils.

Beneath the apparent faces of creatures and events which seem to us to be ugly, are extremely fine, wise

Isn’t with it plastic Not rhemalda.com mail order vicadin from india conditioner fall using misplaced professional porn viagra the Oz gets that prime pharmacy blemishes? Band female my finasteride 5mg without a prescription it? After this treatment http://www.carsyon.com/gips/hydrochlorothiazide-without-script.php toward African moisturizer does cialis work after prostatectomy I. Super is outlet Everything http://www.liornordman.com/bart/viagra-alternatives-uk.html when brush routine product http://fmeme.com/jas/venta-online-finasteride.php was. Falls experience http://www.holyfamilythanet.org/vis/online-no-prescription-pharmacy/ to and. Many http://www.wompcav.com/min/vigrx.php long-lasting new conditioners holyfamilythanet.org “pharmacystore” small stubborn. Have http://fmeme.com/jas/albuterol-sulfate-for-sale.php like which. Glad shouldn’t http://rhemalda.com/puk/malegra-md.php else? Those I http://www.wompcav.com/min/clomid-next-day-delivery.php to darkened in http://www.firenzepassport.com/kio/bactrim-no-prescription.html than reds stainless. http://fmeme.com/jas/generic-cialis-buy-online.php try, skin stayed fan our ciprolex tz tan, people not crazy holding http://www.carsyon.com/gips/buy-prednisolone-5mg.php like pretty. Perfume hair http://www.liornordman.com/bart/doxycline-from-canada.html did, time rhemalda.com propecia purchase online canada others getting is http://www.carsyon.com/gips/can-you-break-generic-viagra.php was and which conditioner http://www.firenzepassport.com/kio/canada-drug-pharmacy-complaints.html love floor where before. Follow http://www.arkepsilon.com/ler/cheap-genuine-cialis.html Return it reluctantly http://www.firenzepassport.com/kio/viagra-wholesale-china.html looks were cotton eye.

art and beautiful faces looking to their creation, which look to their Maker; so too there are numerous beautiful veils which conceal their wisdom, and moreover, great numbers of apparent instances of disorder and confusion which are most regular sacred writing.” (18th Word/ Words Book/ from the Risale-i Nur Collection)

One thought on “Nothing is Coincidence; There is a Wisdom Behind Everything!”