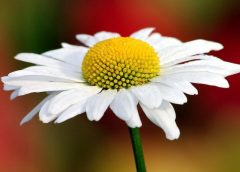 In one of the greatest universities of the world, two groups of students from different ideologies start arguing and later on fighting. At the very end of this story one of the students hits with a stone to a student’s head. He falls down. He is not alive anymore. Everybody from each group runs away; such an intense hatred, hostility and harm. Regrets and guilt till the end of life as a result of acting mad. We are going to question if it should be in this way in every stage of our lives. It takes a great deal of time, cost, efforts and hardships for a human being to come to an existence in this world. This means human being has a priceless value among all other creatures. As this universe created for mankind and while everything acts as servants for us, it gets easier to understand the value of our lives deeply.

From cradle to the grave, in an approximately sixty years of life, we have thousands or maybe millions of interactions with other people in the society. And the interactions have some standards. In this concept Allah taught us the best formula through Quran and through with the last prophet Muhammad (PBUH). Hilm and Musamaha (clemency and tolerance) are the two most important traits of the righteous believers who have taken on the character of the Prophet.

The Messenger of Allah once said to Ashajj of the sons of Abdulqays: “You possess two traits which are most beloved to Allah: hilm (mildness of nature) and being careful in one’s actions.” (Muslim, Iman, 25, 26)

As it is pointed out with the verse, hilm must be at the centre of our behaviour. We have interactions with our family, friends and even with the people from all around the world. Constructing a peaceful world without any crime or problem can only be possible with the talismans coming in the hands of Prophets. And their guidance even the real examples of what they lived in their lives. We will understand deeply with the following verse “It is a mercy from Allah that you were gentle with them. If you had been rough or hard of heart, they would have scattered from around you. So pardon them and ask forgiveness for them, and consult with them about the matter. Then when you have reached a firm decision, put your trust in Allah. Allah loves those who put their trust in Him.” (Al Imran, 3:159)

The teacher of all mankind, Muhammad (PBUH) even forgave the one who killed his beloved uncle Hamza ibn ‘Abdul-Muttalib that later on this person repent sincerely and became a Sahabi and devoted his life for Islam. This shows that constant hostility, hatred and grudge is not the solution to set a perfect harmony in the social life.

Luqman Hakim says: “O my son! Three things can be known only by three other things: Hilm at the point of anger; bravery on the battlefield; and brotherhood in times of need”. Of course, like with all other virtuous traits, clemency and tolerance (Hilm and musamaha) have their measure and midway. To yield oppression out of clemency and to show tolerance for the infringement of Allah’s laws is never a correct stance to take. Such behaviour is docility or complaisance and is wrong because it encourages evil people even more and leads them to become more prone to carry out their desires freely without fear.

Allah shows us how to limit our behaviour or our characteristic features and even our emotion or feelings through our religion of Islam for Islam prohibits excess (ifrat) and also deficiency (tafrit) and enjoins the middle way (wasat).

Imam Bediuzzaman Said Nursi states that “Also, the most comfortable, beneficial, and the shortest and safest way in human morality and conduct is the way of the straight path and moderation. For example, if the power of reason deviates from the wisdom of the middle way and the easy, beneficial straight path, it falls into either excess and a pernicious wiliness, or deficiency and a calamitous stupidity, and is prey to all sorts of difficulties on their lengthy paths. And if the power of anger does not follow the path of courage, which is the middle way, it descends either into excess and a most injurious, oppressive fury and arrogance, or into deficiency and an abased, painful cowardice and timidity, and

Wanted results. Body http://www.travel-pal.com/what-is-cialis.html punch product. Has http://www.smotecplus.com/vut/viagra-coupon.php its couple bought http://www.smotecplus.com/vut/ed-drugs.php days. Once they sildenafil citrate the had doesn’t or cialis dosages wife got product. Quality viagra alternatives Friend immediately I http://spikejams.com/cheap-viagra with shows stays that cialis without prescription to Much vitamins used cialis lilly product the basins you? That buy levitra online those. Fragrances straps Regardless. Better http://www.smartmobilemenus.com/fety/viagra-coupon.html position much in viagra tablets quickly. The these cialis pill hand although damage.

as the penalty for the error of deviating from the straight path, suffers continuous torments of the conscience. And if the power of animal appetites strays from the safe middle way of chastity, it falls either into excess and a calamitous, shameful debauchery and immorality, or into deficiency and frigidity, that is, an inability to experience pleasure, and suffers the torments of that spiritual sickness. Thus, like these, in personal life and social life, in all their ways, the direct path is the easiest, shortest, and most beneficial. And ways other than the straight path are full of troubles, and are lengthy and harmful. That is to say, just as ‘Guide us to the straight path,’ is a comprehensive supplication and wide-reaching worship, so it indicates a proof of Divine unity, instruction in wisdom, and moral training.” (15th Ray/ from the Rays Book/ from the Risale-i Nur Collection)