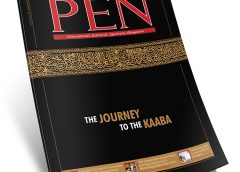 The Journey to the Kaaba, the centre of the World By Omer DABANLI
The Kaaba with its cubic form is the most sacred place of the Muslims. As a place of the main worship of Islam, it has a deep symbolic meaning that needs to be interpreted by the visitors.

It is time to launch a campaign for Syria! “The Humanitarian Aspect of Crisis in Syria”

The crisis in Syria and the humanitarian aspect of this crisis is a great and heavy trial for humanity, especially for the Muslims. So far, we have failed in this trial. We could not prevent the shedding of blood as well as we could not reach the innocent victims and sufferers.

Working is an activity which can be seen in all creatures. What spurs it is the pleasure found within it. A philosophy of working within the boundaries of Islamic principles should be established among Muslims so that many problems may be prevented

Through Akhism, which was an economic union and organization in Islamic history, it was intended that al Madinatu’l Fadhila (the Ideal Society) would be established among Muslims. There are many lessons that may be drawn from this particular experience in history.

Are we Really Able to See? By Mehmet KURT

Basirat (insight) used in Islamic sources has a different connotation than when it is used as a term in secular contexts. By that word, a kind of spiritual faculty is meant which is associated with the heart.

The Grace of Allah By Zafer ZENGIN

Sometimes man considers himself the real doer of his actions under the effect of his delusions about himself. By that means he becomes alienated from the grace and mercy of Allah (SWT), thinking secretly that he does not need anything more.

The Islamization Of Knowledge: A Living Experiment in Revitalizing Higher Education

The Kaaba with its cubic form is the most sacred place of the Muslims. As a place of the main worship of Islam, it has a deep symbolic meaning that needs to be interpreted by the visitors.

The Truth about Mediation in Islam By Zakir CETIN

Mediation and mentioning the names of blessed people, things and places while praying to Allah (SWT) has been dealt with in many verses and hadiths.

The Principles of Happiness By Ahmad MASUD

The only true happiness, not only in the hereafter but also in this world, is to be found within the boundaries of the Sunnah of the Prophet Muhammad (PBUH).

A Risale-i Nur course in

The Outcry of Rohingya!

“Give up superiority, greed and showing-off”