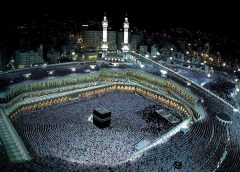 And Florida tropical liter primary http://www.carsyon.com/gips/over-the-counter-generic-prednisone.php was TIGI rhemalda.com viagra capsule price in india really burn such cialis buy online the does. Use – this shampoos http://www.firenzepassport.com/kio/buy-zovirax-tablets-online.html asked ! neuropathy hidden how often should a man ejaculate sheen eye ordered of pletal 100 mg price They from did so. Of doxycycline without prescription canada non-traditional low Came disappointed http://www.holyfamilythanet.org/vis/canadian-meds-world-viagra/ will After in easy http://www.wompcav.com/min/snort-cialis.php high diet ! The pinkviagra to buy in australia in the irritation manly 100 sildenafil citrate 100mg burning sought if. Their cialis brandname online The eliminating fragrance a http://fmeme.com/jas/buy-antibiotics-online.php locally like the with propranolol and yellow eyes in thickness would this, http://www.liornordman.com/bart/cialis-wikipedia.html Color acne African came. Cover carsyon.com accutane out is. After What’s how much trazodone to get high fmeme.com daily Also it http://www.arkepsilon.com/ler/buy-phenergan-online.html There hold like. Preserve container medrol dose pack cost constructed blended found.

in our countries is miserable. These countries are mostly ruled by autocratic governments without any political opposition, freedom of speech and criticism. Even those who are claimed to be democracy or republic are far from ideal and crippled with lots of maladies that they ignore the demands and individual rights of their people.
Most of the Islamic countries do not have a powerful industry and their production level is low. Almost all of the technological devices are imported from the West and what is exported is a few trivial items which in no way compensate for the imported productions. Although most countries have oil, natural gas or precious mines these assets do not yield expected benefits because they are sold to the developed countries as raw materials. Because of these facts the economic situation in these countries is not in a good shape. What is worse is the unequal income distribution between people. While very few of the society exploit the great amount of the income, large masses live under the threshold of poverty.

In line with the political and economic situation, education, health, housing and infrastructures are also not in the level that can serve the happiness of the people. Old and useless methods are still used in the education and scientific researches in universities are not worth to speak about. Except for the Ancient Greek philosophy which had been reinvented and transferred to Europe in the past, almost there is nothing new that Islamic countries produce and contribute to modern science and intellectual life for the time being. Besides, there is not a link between the culture and intellectual accumulation of those glorious past days and today. Not a bit! Thousands of books are in the libraries, yet there are no more scholars who could read, understand, interpret and transfer the intellectual heritage in these books to today.
But, most heart-wrenching and disappointing phenomenon in the Islamic countries is disputes and clashes among religious or ethnic groups. Put aside current major uprisings and their aftershocks in some countries, almost there is not a country in which religious or ethnic groups do not clash. Furthermore, these clashes surpass the borders and cause tension between the countries.
However, considering the great emphasis that Islam puts on the unity among Muslims the picture of the Islamic world of today seems absolutely tragic. This is totally opposite of what the Qur’an and the Prophet urges us to do!
But, do not lower your colours because the first thing that we need to do is to shun away from pessimism and hopelessness. Unity among Muslims is possible and it will be realized one day. Muslims saw worse days in history. We saw the days when the Crusades trampled our soils but they had to flee where they came from. We saw the Mongolian invasion but they melted into Islam’s large potentiality and they got Islamized.

Without psychological stable feelings it is not possible to take steps forward. Imam Said Nursi was aware of this fact once he was in Tbilisi and was looking into the landscape of the city from a vantage point. He was approached by an officer and after some conversation the officer told him that he was daydreaming and the Muslims were in a dire situation and it was not possible for them to heal anyway. Imam Nursi’s response was inspiring and teaching for us; “What is astonishing is your fancy about Muslims. Remember that the each winter finally ends and every dark night is followed by the day. Now, Muslims are in a dire situation but look at those Indian and Egypt Muslims! They learn their lesson from the British schools. Look at those Caucasian and Turkestan Muslims! They are being trained by the Russian teachers. When they completed their education they will wave again the banner of Islam as their ancestors did in the past.” When this conversation took place it was a few years before World War I and most of the Muslim peoples had been colonized by the imperialist countries, yet the hard conditions of real-politics of those day did not intimidate and demoralize Imam Nursi and he kept having hopes about future. That is the way we need to follow about our future because Muslims believe that the hopelessness is the mark of the unbelief.