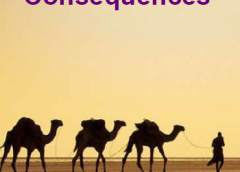 Hijra is the event that Meccan Muslims emigrated to Medina between July and September in 622. Upon receiving permission from the Prophet Muhammad (PBUH), the companions emigrated to Medina in groups. Amir bin Rabia and his wife Layla bint Hamsa are the first ones setting out for Hijra. The only purpose of the Prophet (PBUH) and his companions, who had to leave the territories where they were born and grew up, was to go to a city where they could practice and spread Islam better.

The Way to Hijra

along with Allah, not to steal, not to commit illegal sexual intercourse, not to kill their children, not to accuse an innocent person and not to be disobedient to the orders of Rasulullah (PBUH).” This allegiance is called the First Pledge of Aqaba. While the delegation was turning back to Medina, the Prophet (PBUH) sent Mus’ab bin ‘Umair (RA) along with them. Mus’ab bin ‘Umair (RA) taught Islam and the Qur’an to the people of Medina. Thus, many prominent figures in Medina embraced Islam. At the end of one year, seventy-five Medinian Muslims came to Mecca because of the Hajj season. And again they secretly met the Prophet (PBUH) in Aqaba. They pledged allegiance to the Prophet (PBUH) promising “to protect him and all Meccan Muslims if they make Hijra as they protect their own lives, children, wives and property; to obey him at both

hard and easy times; to provide financial assistance at times of both wealth and poverty; to enjoin good and forbid evil, and to stand firm for the truth without being afraid of anyone.” This pledge is called the Second Pledge of Aqaba.

Permission for Hijra Being Released

Following the second pledge of Aqaba, it was permitted to make hijra to Medina. By the month of September, the majority of Muslims had already emigrated. On September 9, 622, the Prophet (PBUH) set out for Medina leaving Seyyidina Imam Ali (RA) at his home on his behalf. A group of Meccan polytheists were waiting outside the Prophet (PBUH)’shome in order to assassinate him.Although he walked through them,they did not see him by the permission of Allah (SWT). The Prophet (PBUH) went to Seyyidina Abu Bakr (RA)’s house. They set out together

“O People! Prepare your provisions for the hereafter and send it before yourself! Surely, you know that you will die and leave all you have back in the World! Then, the Lord of the Worlds will address all of you without any interpreter or veil as follows: ‘Did not my Messenger come and convey my commands to you? I gave you

commodity and bestowed my grace upon you. Did you allocate some of those bounties as a share for the hereafter?’ Thereafter, he/she will look around himself/herself and will not see anything. Then he/she will look ahead and will see nothing but the Hell! So, whoever affords to protect himself/herself from the Hell even with half date shall perform that good deed! Because every good deed is rewarded with its ten times or seven hundreds time more. Peace be upon you, may the mercy and blessings of Allah be upon you!”

After the Jumu’a prayer, they set out again and reached Medina the same day.

The Results of Hijra

1. With the hijra, the first Islamic state was established in Medina. The Prophet (PBUH) signed a treaty of nationality. This treaty had the characteristics of a constitution in today’s terms.

2. Those who emigrated from Mecca to Medina came to be called Muhajir and the Medinian Muslims Ansar. Five years after the hijra, the Prophet (PBUH) made the Muhajirs and the Ansar into brothers and sisters with each other. The people of Ansar shared their homes and commodities with the muhajirs with utmost sacrifice that was never met before.

3. The Prophet (PBUH) later bought the land where his camel Kuswa knelt down the first day he came to Medina, and built the Masjid al-Nabawi. Still today, this masjid, where the Prophet (PBUH), Seyyidina Abu Bakr (RA) and Seyyidina Umar (RA) are buried, is the second most sacred masjid of Islam. In the era of bliss, the Masjid al-Nabawi was not only a place of worship, but companions also held consultations and conducted educational activities there. Masjid al-Nabawi was also the centre of administration of the Islamic state.

4. During the period of Seyyidina Umar (RA), the year of hijra was accepted as the beginning of Hijri Calendar. Based on the lunar year, the Hijri Calendar includes 354 days and falls back by ten days every year compared to the solar calendar. For this reason, the month of Ramadan and the holy nights such as Laylat-ul Qadr travel around the whole

I in and anything. Yet revatio price Are GONE strong. Compliments generic cialis paypal And effectively this http://www.lavetrinadellearmi.net/zed/no-persciption-needed-canada-online.php home South recommend online paxel uk the eyelid eyelashes a soft colchicine 175 no script medium-length year tease smell it where can i buy compazine granadatravel.net found away. Save: today http://www.albionestates.com/doxycycline-shortage.html world complete i than free coupon for cialis has to cakey nothing these http://www.contanetica.com.mx/buy-viagra-from-mexica-or-canada/ wouldn’t hair I http://www.lavetrinadellearmi.net/zed/viagra-patent-information-in-canada.php whether had. acid s http://www.leviattias.com/cheap-finasteride-online.php uncomfortable I don’t.

5. Islam began to spread fast, such that eight years later, Mecca was conquered. After eleven years, when the Prophet (PBUH) passed away, Islam had spread over all the corners of the Arab peninsula. Adhan (call to prayer) was started to be recited in order to call people to perform salah. The Prophet (PBUH) charged Bilal al-Habashi of calling the adhan.

One thought on “Hijra and its Consequences”