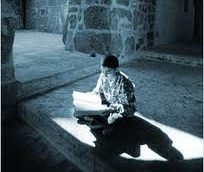 “And Allah has revealed to you the Book and the wisdom, and He has taught you what you did not know” (Nisa, 113)

Man has been naturally inclined to learn about the things around him in order to survive. Seemingly it looks like we are in the same situation as of the animals. However, mind, which animals don’t have, makes man to be concerned with more than what is needed to satisfy his basic needs for his living in this world. Also, it can be observed from man’s attitudes that he is closely connected to the future as well as the past.

Animals just eat, drink and try to enjoy themselves as much as possible. They cannot think of the past or the future, because they are not conscious beings. However, man’s mind compels him to think of his past and what will happen in the future in terms of his living, his family and friends. He is even interested in everything in life. Moreover, because everybody tastes the death sooner or later in their lives, man cannot help thinking about what will happen after his death.

Throughout the history, humanity have always been concerned with the questions of what actually they are, where did they come from and where they are going. These three questions have always busied the minds of everybody let alone the philosophers or scientists. At this point, Qur’an gives the most satisfactory answers heralding us with the existence of an eternal life.

For example, all the electronic devices and machines come with their manuals, which allow people to learn how to use them and carry out their maintenance in order to use it for long years. This is because the producer knows that users don’t know exactly how they function.

In the same way, man is created by his Pre-eternal Creator, Allah (SWT), in other words Allah entrusts our bodies to us and gives us a manual in order for us to learn its capacity and functioning and shows us how to use it in the best way so that we may have an eternal blissful life both in this world and in the hereafter. Bediuzzaman Said Nursi says: “Now that the creator knows his creation best, then he shall talk about it.”

Allah (SWT) sent down holy books to humanity to guide them to the right way and Qur’an is the final and the most perfect one containing answers, and solutions to any kind of questions or problems. Apart from that, man is restricted to the present and the witnessed world, but is curious and concerned about everything on earth and in the afterlife. So he needs the guidance of the Pre-eternal Lord of the worlds to lead a right way of life.

If man doesn’t listen to the guidance contained in the Qur’an and seeks to find his own set of rules, then he is bound to fail in almost every step he takes. For example, if the students in a school or the staff of a company determine their own hours to attend the classes or work and set their personal rules, it is indispensible to have chaos as a result. On the other hand, if all the students or the entire staff follows the rules set by their administrators, everything will be perfectly organized and functioning.

When we compare this to our life, it can be seen that everybody is tended to go their own ways and not heed what the Qur’an tells them. Maybe this has come to be the common understanding of this century, which may be called as post-modernism, which is basically characterized by the rejection to an objective truth and in particular to religious beliefs and ideas. It may welcome every idea in the number of the people as truth, while Muslims depend on the Qur’anic revelation, whose source is Allah (SWT), the All-Knowing and All-Wise.

One thought on “Guide For Humanity”