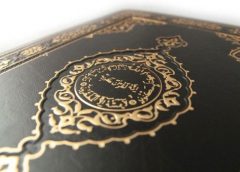 The Quran is superior to the other holy books that had been revealed previously. This is because it is the greatest divine word that Allah, the Creator of all the worlds, sent down to us. It is only some of the superior aspects of the Quran that even a letter of the Quran has not changed until today and is kept under the divine preservation until the Last Day and that the provisions of the Quran are universal and that it is the last sacred book.

Original Form of the Quran has been preserved

This fact is mentioned in the Quran as follows: “…They alter the words (in the Book) after their being put (in their right places)…” (Maidah, 5:41)

The Holy Quran tells that it is Allah Who will protect it from distortion. Our Lord says
“Indeed, it is We Who have sent down the Reminder (the Quran) and verily We will be its Guardian”. (Hijr, 15:9)

In order to prevent the Quran from being distorted, our Prophet Muhammad (asw) would make the scribes of revelation write down the verses as they were sent down, and then, would make his companions memorize them. The preservation of the Quran was ensured by means of this measure. In the period of Abu Bakr (ra), these written pages of the Quran were collected and compiled as a book.

The Quran, the word of Allah, does not address a certain region or some people like other divine books did. In other words, the Quran is universal. The provisions of the Quran encompass all times and places and these provisions maintain their validity at all times. The Quran, which responds to all needs and which solves people’s problems and troubles, provides justice and happiness for all mankind. The verse, “And We have not sent you but unto the whole of mankind, a Bearer of glad tidings and a Warner, but most of the people do not know (it).” (Saba, 34:28) shows that the Quran is a universal book that was revealed to our Prophet (peace be upon him) who was sent to all people as a prophet.

The divine provisions in the Quran comprise one of the important proofs of its universality. This is because these provisions are appropriate for the natures of all people and societies. For example, happiness for humanity can only be attained through justice.

Is it not Allah who knows how mankind can be fair in real terms since He is the Creator of mankind? Our Lord shows the source of happiness and peace in the lives of the world and the Hereafter by means of many verses of the Quran that enjoin justice. Throughout history, Muslims have obeyed the order of justice of the Quran by implementing these provisions. As a result, they governed their people with justice and happiness in the states they established.

The universality of the Quran is shown by the fact that its rulings and wisdom can be applied to all people. The verse, “Allah does not impose upon anyone a duty but to the extent of his capacity.” (Baqarah, 2:286) points to this fact. For example, the Quran commands the five prayers. Performing prayer takes only one hour a day for anyone, including the ablution. Human beings desire the comfort of their hearts and souls, they especially desire happiness in the hereafter. For such a person, it is not difficult at all to spend one hour out of twenty-four hours in prayer.

The provisions of the Quran about zakat and charity comprise one of the most beautiful examples of its universality. This is because there are always rich and poor people in every society. A “bridge of solidarity” is established between the rich and the poor in a society through zakat and similar acts of worship. Thus, not only the needs of people are met and but also social problems are prevented.

Quran is the last Holy Book

The fact that the Quran is the last of the sacred books is one of the aspects of its superiority over the other divine books. This is because the chain of divine invitation and message beginning with the first man and the first prophet Adam (asm), has reached the highest level with the Quran. The Quran contained the basic principles of all previous books and conveyed the truth with the highest voice addressing all times.