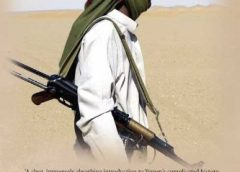 Yemen, your desert is made of sand

What did you want from my son?

I am just missing my son This Turkish folk-song cited from journalist Victoria Clark’s latest book Yemen: Dancing on the heads of snakes clearly shows the tragic and traumatic psychological damages that The Ottoman military campaigns to the area to keep Yemen under its suzerainty have inflicted upon the collective unconscious of Turks. Even the primary school kids in modern Turkish Republic still sing these songs in formal celebrations without having any idea of what they refer to.

Turks’ experience with Yemen started when the naval army of Ottomans appeared in the Red Sea in 1530s to conquest Yemen because of its strategic position expelling Portuguese Franks from the area and to ensure the security of holy lands, Mecca and Madina, due to their proximity and vulnerability. Although Sunni Tihamans in the seashore areas hailed the Ottoman army with an enthusiasm and joy the Zaydi Imams of Northern tribes inhabiting in the harsh and steep highlands had caused Ottomans to spend lots of energy and soldiers on keeping this area safe for centuries. During all these years Ottomans had sustained domination just in coastal areas; yet the interior highlands were under the sovereignty of the Imams.

The British colonialism also faced the same kind of resistance in spite of all its efforts of infiltrating the area; but, because of its indispensable interests en route to India

it established an Aden Protectorate zone dealing with sheiks and leaders in there. By that way whilst British maintain their interests they provide aid and equipment to regional tribes.

The modern history of Yemen is marked with separation as South and North and the civil wars based on this separation. In the years that the winds of the remarkable figure of pan-Arab nationalism Gamal Abdul Nasser flow in the Middle East Yemen was not spared from that movement. Nasser who had an influence on North Yemen spent huge money and manpower to expel British from Aden. However, after embarrassing defeat to Israel army (1967), the second greatest failure of Nasser was these campaigns to South Yemen which led the former one due to their huge financial and military cost to Egypt. All through this political and military turmoil Yemen with its south and north were in the interest of Saudi Arabia, Soviets, China and USA.

The country chronically was consuming many leaders in very short time periods but when a high rank commander came to power in 1978 his reign has lasted so far: Ali Abdullah Saleh. However; his administration has not been free from chaos, uniting attempts and civil wars. The last uprising in his country broke out after Tunisian Revolution (2011) and Saleh survived badly injured from an RPG attack on his presidential compound and has been taken to a military hospital in Saudi Arabia for treatment.

Journalist Victoria Clark who had authored four more interesting books (www.victoriaclark.co.uk) says she started to study on Yemen after learning that Yemen was Osama bin Laden’s ancestors’ hometown. Combined with this information the fact that Yemen has been a safe haven for ‘jihadists’ has alarmed her journalistic instincts and led her to search this complicated but neglected country. As a matter of fact she was born in Yemen when her father was a BBC correspondent there; thus the country was in a sense familiar to her.

Clark has described deftly the poverty, despair and internecine fights in Yemen and how that bleak atmosphere in the country had made the people especially the youth hopeless about future. Under these circumstances the Yemeni youth were the most psychologically appropriate and ready recruits for the war against Soviets in Afghanistan and Osama bin Laden was surrounded with Yemeni fighters in the frontiers. What is interesting here the involvement of USA in arranging all these recruitments from Islamic countries Yemen being in the first place against Soviets perhaps utilizing of Bin Laden as well has not been clearly mentioned by the author.

When these jihadists veterans returned back home they have not been suppressed by Ali Abdullah Saleh. On the contrary Saleh aided and abated these groups against South Yemen which had a socialist regime. These groups grew and strengthened in the country and after 9/11 received the attention of USA which had declared “a war on terror”. President Saleh was provided with money, surveillance equipment and weapons by USA and Saudi Arabia to suppress these jihadists but in the course time people began to think that Saleh was using terror as a playing card against USA to maintain flow of aid.

Victoria Clark depicts the main characteristic of Yemen in her book. Yemen was and has always been a country of tribes. In the past history and today the tribes has never surrendered and subdued a central administration but fought on behalf of every power which has given them money and arms. This power has once been Ottomans other times British, Saudi, USA or whatever. According to a Yemeni human rights activist two thirds – in other words, 6,000 of Yemen’s approximately 9,000 tribal sheikhs – benefit from Saudi handouts, the most powerful of them to the tune of $3.5m a month. President Saleh who is also a tribal man has sustained his power for thirty three years by usually bribing, flattering the tribes, sometimes collaborating with powerful ones, sometimes using the classical tactical of divide and rule. When he was asked by the western journalists how he was running such a country he used to respond: “Ruling Yemen is as delicate and dangerous as dancing on the heads of snakes”. It seems that the dancer has lost his balance and fallen among the snakes.

It is concluded what Yemen has lacked since the past is a central uniting government. Tribalism has not let an encompassing unity to be formed. Ignorance and poverty have been indivisible parts of the country. Although Islam is common identity for the country the sectarian disputes appears as a reason of clash. Strategic position of the country has caused superpowers to exert influence over the area and destabilize the country. Victoria Clark has described Yemen’s political, social and economical relations within itself and with international community. Her book will give to the readers an invaluable insight for understanding Yemen’s today and tomorrow.