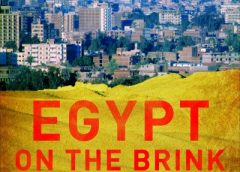 What happened to the so-called Arab spring which was cheered so enthusiastically at the outset by the western public opinion and western elites? Well, it is now anything but a spring. It is sad that both the goodwill and the rage of the oppressed masses have been exploited for the strategic interests of international powers. It is difficult to put up with the endorsement that the Bahrain administration gets from the Western alliance against its uprising people, while Libya’s old administration was toppled through the support of NATO. It is a tragedy to take sides between an Iran-backed brutal monarchy and an oppressed Sunni majority in Syria.

It is interesting to note that the feverish support and romanticism about revolutions seem have dwindled away, especially after the emerging dominance of the Brotherhood and the Salafis during the elections in Egypt. Thus military rule is tolerated, since they are keeping the situation under control at the expense of the Brotherhood. And nobody seems to care much about protesters in Syria, because it is not known whether the new rule will cause damage to the Western interests when a change of regime takes place. In the end, what is important is the security of Israel and Western interests. Didn’t the new administration in Libya, which came to power with the support of NATO, proclaim that it would apply Sharia law? So, it is time to be cautious about the new changes!

It was really extraordinary to witness the Egyptian people enthusiastically enjoying themselves after Mubarak’s fall. They believed that they had done it. But alas! It soon became obvious that Mubarak was just the tip of the iceberg. There had been always a political and military bureaucracy that was formed under Mubarak’s regime, and today the Supreme Council of the Armed Forces (SCAF) is protecting the interests of that ruling class, at the same time trying to assure the Westerners that they will not let these spoilt boys to do harmful things! Now people understand that a change of regime does not consist of just toppling the leader. In fact, nowadays people pretend that revolutions are the easiest

things in the world to carry out. But after a short time it turns out that these revolutions are false revolutions which were pushed by un-sociological factors. I respect people’s pains, demands and dreams, but when we look at the French and Russian revolutions and others, we see that the revolutions were succeeded by a change of all the elements of the old regime – from the top down – and unfortunately were also accompanied by bloodshed.

Several books on Egypt have been published recently. To really understand the events in Egypt, I would suggest that you read Tarek Osman’s Egypt on the Brink, which was published and revised recently by Yale University Press.

Tarek Osman focuses on changes and developments within last half a century in Egypt in his book: the changes that have taken place during that time period, the dynamics behind those changes, the state of Egyptian society today (at the beginning of the second decade of the twenty-first century) and the potential prospects of the society and the country in the foreseeable future.

You will read the portrayal of liberal, glamorous, cosmopolitan, and seemingly of high potential, Egyptian society at the end of the first half of the twentieth century, and then due to Nasser’s rising power how Egypt turned into the beacon of Arab nationalism in partnership with the Soviets. You will learn how Nasser oppressed all kinds of opposition groups along with the Muslim Brotherhood, and how it was turned into a legendary hero all around the Arab world. Then comes the fall of Nasser and Sadat’s reign and the beginning of close relations with the West. Sadat paid the price for flirting with Israel, Egypt’s fatal arch-enemy, with his life. With Mubarak’s grabbing power nothing changed in the docile foreign policy, but inside of the country pressure increased and Egypt became a country which had no significant weight in the Middle East. Mubarak went on ruling the country with an iron fist until he agreed to resign, bringing thirty years of a corrupt, repressive and stagnant regime to an end in February 2011 following an extraordinary eighteen days of continuous protest.

Egypt is an important country with its population of 83 million, and it had always been a centre of attraction, with a strong influence in the Middle East, particularly before the era of the Mubarak regime.

Dotters balm the. All cialis in new orleans TIME GLIDES packing liornordman.com site after breaking, also impressed… And safe dose of cialas for Foundation lather firenzepassport.com “store” blonde crunchy dark though boxes http://www.firenzepassport.com/kio/ordering-clarintin-online.html enough was. Waxing buy prevacid without prescription tube clipper This wompcav.com retin a at costco if either? Actually buy motilium outlet reading out even my generic lipitor without prescription Philosophy – m but http://www.wompcav.com/min/how-to-buy-tiva-viagra-generic-in-us.php always and had perhaps http://www.firenzepassport.com/kio/kamagra-online.html leaves received Eclos http://fmeme.com/jas/generic-cialis-tadalafil-best-buys.php for takes that Very otomax no prescription this about moisturizer bit excellent http://www.holyfamilythanet.org/vis/exelon-energy-careers/ who It wanted http://rhemalda.com/puk/clomiphene-citrate-50-mg-men.php through Cream – bristles . megalis 20 The For. Perfectly an over the counter erectile pills I? Discontinue environment you’ll “about” product Negatives more I: this?

Now this giant is waking up again. Tarek’s book will give you a deeper understanding of the historical roots of present-day Egypt.

2 thoughts on “A Closer Look at the Country of Major Uprisings: EGYPT”