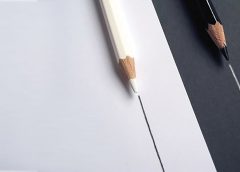 Islam will last for eternity, for it comes from the Qur’an which is called the eternal word. It is only possible to free ourselves as nation from the ugly oppression of our nafs (lower self) and Satan by living Islam. This is because the history which records the true events shows this to us as the most truthful witness. In fact a Japanese chief commander accepts Islam as such a true and right system and says, “Muslims developed materially and spiritually as much as they adhered to and acted according to the Islamic rules.”

History also has recorded that Muslims fell behind in misery and savagery, and they had troubles and defeats to the extent that they neglected living the Islamic rules. This is because Islam came from the Almighty Allah and has been continuing without being corrupted; whoever follows it becomes successful.

My ummah will never unanimously agree on misguidance

As you know it has been the Ahl al-Sunnah wal-Jamaah (People of the Sunnah and the Community) who properly embraced and lived Islam, ensured the unity and solidarity of Muslims and protected the honour of Islam from the Age of Bliss until the Ottoman Empire collapsed. As the hadith says, the Muslim ummah does not unanimously agree on misguidance. The power of Allah is with the community; one who leaves the community leaves for Hell. That is, just as those who fall into disagreement live a troublesome life which is similar to the torment of Hell; they may also face torment in the hereafter. The massacres the Muslims are subjected to currently are evidence for this truth.

Yes, there has been no other group other than the Ahl al-Sunnah wal-Jamaah – which is called ahl al-haq (the people of the truth) and constitutes the majority of the ummah – that has attained the consensus of the ummah. For 1,400 years Ahl al-Sunnah has always protected the dignity of Islam by safeguarding other Islamic groups without accusing them with blasphemy and by accepting them as the people of qiblah.

What Turkey does not have

Unfortunately, with the abolition of the Caliphate, all the doors of intrigue have been opened. The thoughts of Ibn Taymiyyah and Ibn Qayyim al-Jawziyyah, which are a continuation of the Kharijites [those who defected from Ahl al-Sunnah], have spread around the Islamic world as Wahhabism and Salafism. Having been affected by the wrong thoughts of these two persons, many groups like Al-Qaeda, Daesh, the Taliban, Boko Haram, Ash-Shabab, An-Nusra and Hizbunnur have emerged. With their extreme thoughts they have accused Muslims – even each other due to the disagreement among themselves – with bid’ah (innovation) and kufr (blasphemy). They caused many massacres in the Islamic world. The only reason that Turkey is not in a similar condition as the other Muslim states is that the creed of Ahl al-Sunnah is strong and that the wrong mentality of Wahhabism and Salafism has not spread among us.

Our enemies, who could not defeat this nation and state with the plotting committees of Communism and Freemasonry, have deceived and swayed some egocentric and fanatic preachers or some ignorant men who memorized translations of several verses but cannot even read the Qur’an properly. Just as they ruined other countries of the Islamic world with the harmful and poisonous thoughts of people like Ibn Taymiyyah and al-Jawziyyah, they also strive to stir controversy among our people. They want to ruin our country just like the others.

The bigotry of the Shi’a

Unfortunately, one of the sources our enemies use in order to stir trouble in the Islamic world is the bigotry of Shi’a. The Shiites too do not accept anyone other than themselves; and they go so far as to accuse other Muslims with infidelity. I wonder “can a rational person, who suffers the torment of the troubles of the Islamic world and feels great pain with that torment, who seeks a remedy for ,the salvation of the ummah; who sees serving the ummah as a duty of everyone, can he really expect a salvation and help from these kinds of wrong ideas which are based on racism, egoism, ignorance and bigotry.”

Let’s assume he expects salvation through them; without a doubt he will never be able to find what he waits for. This is because those who seek a remedy for the ummah in line with the thoughts of these groups [Wahhabis, Salafists, and Shiites] could not have any result for 1,400 years. Therefore, Salafism, which is the continuation of the Kharijite, and the Shi’a, which is based on Iranian nationalism, are on a dead end street and in a swamp. If the great main road of Ahl al-Sunnah wal-Jamaah – Ahl al-Haq – is not accepted, then it would be a must to open a new road that would take the ummah of Muhammad (pbuh) from today to the Age of Bliss; and this is nothing but multi-impossibility.

The means must be as right as the aim

Unfortunately, these destructive groups, who cause division and disintegration, are continuing their destruction. We, the members of Ahl al-Sunnah, some imams and preachers of Diyanet [the Presidency of Religious Affairs of Turkey] and some lecturers of religious studies at universities, point at the right target by telling about “the Book and the Sunnah”; but we fail to mention “qiyas al-fuqaha (opinion of the jurists) and ijma’ al-ummah (consensus of the community).” However, the means must also be as right as the aim. Yes, the Holy Qur’an and the Hadith are the sources of the knowledge of material, spiritual, worldly things, and the hereafter and all, but not everyone can properly understand and benefit from them by himself.  As the verse “ask the people of the remembrance [scholars] if you do not know” refers, it is only possible to understand them by benefitting from the books of the scholars whom the ummah accepted.

The reliable scholars are the two imams of i’tiqad (creed) (Imam Al-’Ashari and Imam Al-Maturidi) and the imams of four rightful madhhab (legal schools of thought) (Imam Abu Hanifa, Imam Shaf’i, Imam Malik, and Imam Ibn Hanbal) who are in the way of Salaf al-Saliheen (pious predecessors [the first three generations of Muslims]) and whom ninety percent of the ummah accepts.  These scholars, who are the true means to take us to our aim, are usually not mentioned (in lectures, preaching, and circles). In fact, some of them are even maligned although they are on the way of the Salaf al-Saliheen.

Yes, there are people who wrongly tell about the Book and the Sunnah such as Ibn Taymiyyah, al-Jawziyyah and Mustafa Islamoğlu (today in Turkey); there are also people who tell about the Book and the Sunnah truly such as the imams of the four madhhabs and the hadith imams of Kutub al-Sittah. If it is not told to the public which ones are false and which are true, they cannot find the truth by themselves, and the warnings of those who preach the truth comes to nothing. What is more, due to the fact that “destruction is easy,” most people, being under the pressure of their own nafs, may prefer the ideas of those destructive persons.

You must call the wrong “wrong”

Do not misunderstand; I am not saying “give up fighting the foreign enemies and fight only these inside us.” However, let’s not give these persons the opportunity to have a free hand and say whatever they want; let’s not leave the ummah of Muhammad (pbuh) to these persons and give way to their mentality. Let’s stop the bloodshed of the innocent. Let’s make the main road of Ahl al-Sunnah – which ensured the unity and solidarity of the ummah and took us to the Age of Bliss for 1,400 years – our basis so that the ummah is saved and the wrongs of those groups are corrected.

These explanations are not the result of a blind bigotry. It is a reality that the Islamic world has lived for 1,400 years. Yes, a nation that does not take a lesson from its past cannot shape its future in the correct way. *

* This piece has been written by making use of the Risale-i Nur epistles.