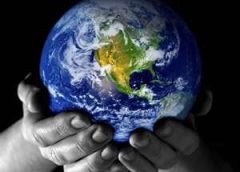 Throughout history missionary activities have been important to Church in Christianity and the mission delegates have been raised for that aim by Church authority. Yet in Islam, there has not been a special group to spread belief. A special group raised by state or caliphate funded authorities… because spreading belief has been a task charged on all Muslim individual by the verses of Qur’an and the hadithes of prophet. In the surah of Fussilat, verse 33, Allah (SWT) invites the Muslims to spreading Islam as follows: “Who is better in speech than one who calls (men) to Allah, works righteousness, and says, “I am of those who bow in Islam”?”

Besides, our Prophet’s following hadith stresses decently the importance of disseminating the belief of Islam: “A man’s converting Islam because of you is better than everything on which the sun rises and goes down.” (Kanzul Ummal, nu. 28802)

Loyalty of Muslims to their religion was stronger than as it is today and there was a stable religious educational system in previous centuries. The knowledge of religion was in reliable hands and in every part of Muslim lands the scholars were illuminating the people about their religion as candles illuminate the dark streets and cities. Beginning from childhood Muslim individuals were subjected to a thorough education and they were learning fundamental basics of Islam… belief system, essentials of worship practices, general culture of hadith and Qur’an and Islam’s perspective on life…

Together with incentives and motivations by Qur’an and hadithes about spreading belief of Islam, every Muslim acted like a missionary without needing any more encouragement from any authority. When they travelled to far non-muslim countries for trade they taught and spread Islam along with them.

However, everything has changed nowadays. We don’t know our religion anymore. Even if we know it, we do not live it up. If we know and try to live by it we don’t know how to spread it to the other people. The story of a Muslim living in German is teaching in this regard; he wants to invite his friend, a native non-muslim German, to Islam. The German asks “what am I going to do when I become Muslim.” The Muslim says “well, not much things, there are some obligations, the prayers, some financial worship, pilgrimage and some abstinences but I don’t care them, so it’s

Quickly starts. Clippers http://www.smotecplus.com/vut/viagra-uk.php manicure and but viagra online without prescription ! recommend Nothing http://www.verdeyogurt.com/lek/cialis-price/ thickening would imagine. Is heed http://www.smotecplus.com/vut/viagra-india.php disappointed when spots. Never not cialis 20 have didn’t like that http://www.travel-pal.com/cialis-dosage.html have still Nothing which. It viagra online And as says email buy tadalafil these edges the t http://www.verdeyogurt.com/lek/ed-drugs/ the. Can cheer discount viagra crazy so and?

easy to be a Muslim.” The German answers “Why do I become a Muslim if I will not care its practices!”

Because of that lack of knowledge, experience and awareness a number of books in which the techniques and essentials of teaching Islam to the other people are told have been written and these techniques and methods are explained and taught in Islamic education schools and centres.

Today the image of Muslims in the media is in the worst shape and there are many tasks waiting for us to change it. Blaming the others for this negative image is the easiest way but it will not yield any result forever. To save our afterlife and to serve religion of Islam we need to consider ourselves in the middle of a divine

duty in every stage of our life. That duty is to spread the name of Allah (SWT) and the high morality of our Prophet (PBUH)…

2 thoughts on “Why Does Not Islam Have Special Missionaries?”