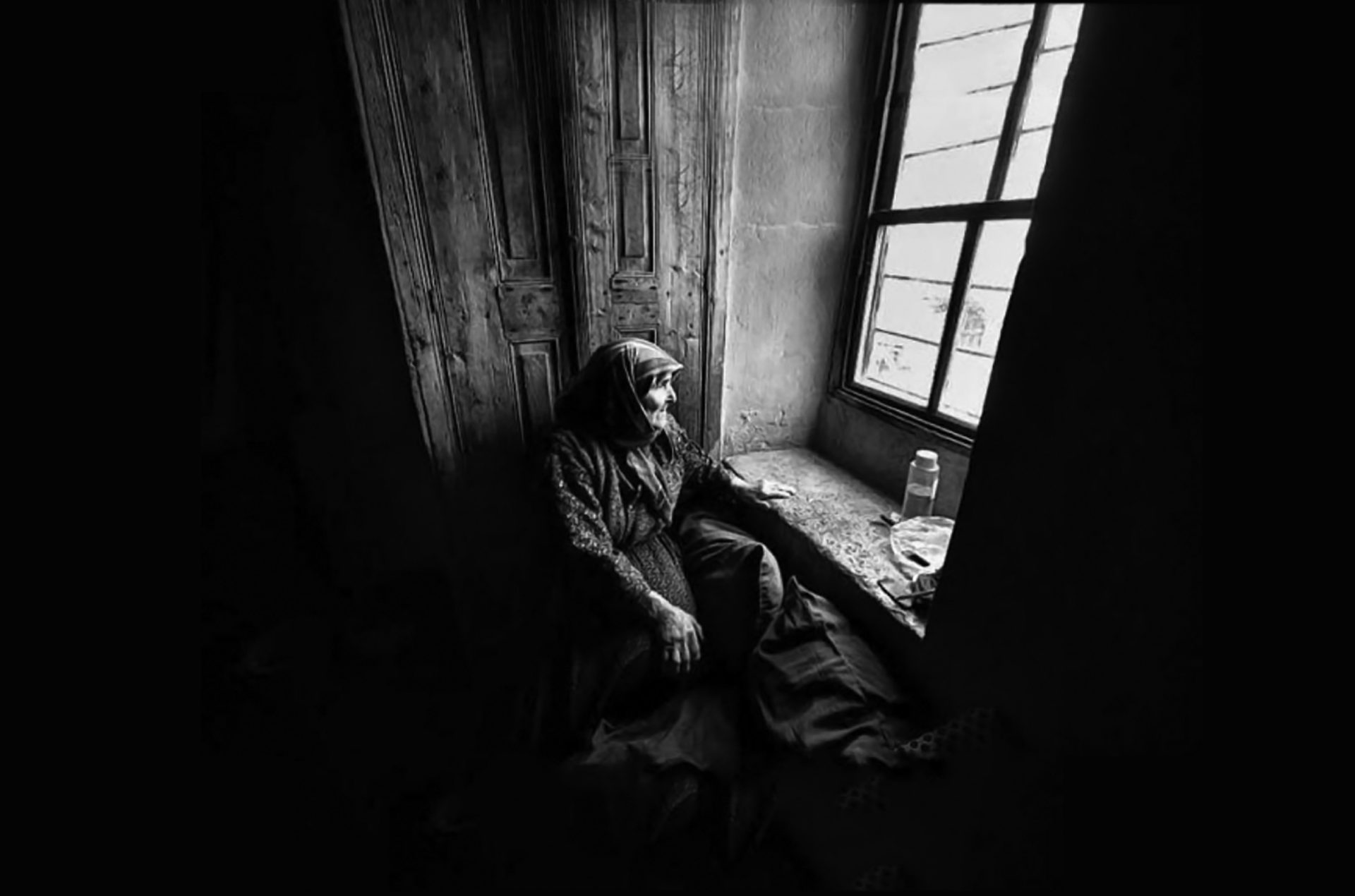 In this period of pandemic when it was important to stay at home, eyes suddenly turned to our old people aged 65 and over. While this period does not pose a problem for youth who are captivated by social media, it turns into boredom for the elderly. The old people want to go out despite the high risk and some restrictions.

So why is it so difficult to keep the elders inside and ensure they stay at home? Why do old people necessarily want to get into the crowd, while young people – unfortunately – look for the opportunity to be alone and sink into their tablets and phones? I think there is only one answer to this: sociability and not wanting to be alone. The old want to go out physically, want to read life with their eyes, want to listen to others; that’s all!

At such a time, I have remembered the Epistle for the Elderly, a valuable book written by the great thinker Said Nursi. I needed to reread this great epistle. In such an atmosphere, I re-grasped the importance of the book.

The Epistle for the Elderly is an interpretation of the supplication of Zakariyya (alayhissalam), the first verses of the Chapter of Maryam. It is one of the best examples of how the Quran can be interpreted in life. In this book, Imam Said Nursi shows us how old age will be like by means his own life. The meaning of many verses from the Quran is interpreted in the epistle; the meaning of many Hadiths has been touched upon, and many issues are analysed and measures of faith are presented.

Another interesting feature of this epistle is that Imam Nursi opens the doors of his inner world to his readers more than in any of his books. He shares his personal feelings. In my youth, when I first read it, my love for him increased once more. My respect for the elders became even greater. I understood from this epistle that the clues of the transition period from the old Said to the new Said showed that this process had not happened all at once, but gradually in a process.

This epistle, which seems like a lesson shared with the elders, actually contains messages for the young people, too. This book, which instils hope in both its author and those around him with the light of faith, is a good measure for all humanity. It is a good measure for the old people and those who are like them. The Epistle for the Elderly is a work that should be read carefully by those who want to make something for the benefit of both themselves and others throughout their life.

The words listed in the introduction of the Second Hope in the book – the Epistle for the Elderly, and the descriptions such as agedness, autumn, and afternoon wrap up your soul and bring you together with your nature; they remind you of death and transience. When it is read along with the Fourth and Fifth Subtle Points of the Ninth Word, which tell of the time of the afternoon, it naturally becomes more meaningful.

Another good measure is the exemplary combination of anfusi (inner) contemplation and afaki (outer) contemplation, which has spread throughout this epistle, and the analogy he establishes between himself and the universe. This similarity makes you love the old age, and suddenly you feel like you are observing someone who is waiting for a loved one.

Phrases such as “I saw that I had become old; and the morning had also grown old” show Nursi’s unique literary side. In this epistle, he personally shows how to reflect on the landscapes that Allah presents to you and what attitude to adopt.

It reminds us that the sceneries of the universe has a greater function, rather than seeing them as restaurants, cafes, entertainment centres, or places where sins are overtly committed. Rather than saying “This is the last period of your time, my soul, Spend it however you wish”, it makes us say ‘there is no repetition of this, more worship, more contemplation, more humanity.’

Nursi, who was estimated to be 35-40 years old when he learned the lesson of death from the universe, shows how great transformations can be achieved when grown up people correctly read the book of the universe. In this respect, he uses the phrase “waking up in the morning of old age”. He sees old age as an awakening. An interesting notion indeed!

Imam Said Nursi likens the youth to the night in the Third Hope; in order to understand why he does so, it is necessary to read his book titled “A Guide for Youth” carefully. It is not easy to think about “death” when you are young, because feelings overcome reason and there are many possibilities to lead you away from the path of Allah when you are strong in your youth. Seeing the old age as morning provides a real intimacy between ‘someone with strong faith’ and ‘the death’.

“The result of spending the power of youth in worship is an eternal youth in bliss.” With these statements, Nursi draws attention to the right use of the capital of youth and warns young people.

Interestingly, Imam Said Nursi, who rarely gives place to poetry in his books, makes reference to the divan of Niyazi al-Misri, whom I love very much, to express his mood in this epistle. This poem added a different beauty to the book and the subject.

“When I awoke from the sleep of the night of youth, on the morning of old age, I looked at myself, and saw that my body was on a rapid journey to the grave, as if it were running down a slope; I saw that every day one of the stones [in the edifice] of my body, my spirit’s home and shelter, was tumbling down. It was being devoured, and was collapsing, just as Niyazi al-Misri said,

Everyday did a stone from the edifice of my lifespan tumble down,

And my spirit is slumbering, heedless of the destruction of its home,

It neither senses nor knows.

“My hopes, desires and aspirations, that had kept me so firmly attached to this world, began to be severed, and I sensed the imminence of the time of separation from my innumerable loved ones and friends. I began to seek after an ointment to apply to this terribly deep spiritual wound, which seemed as if to have no cure. Yet I did not find it, and again I said what Niyazi al-Miṣrī had said,

the heart wanted the continuation of my existence,

yet the Real has written that it must pass away;

I have been afflicted with an incurable disease,

for which even the wise sage knows no cure.”

While many people avoid facing and ignore their material and spiritual wounds, Said Nursi goes on and seeks to get rid of these wounds; and he states that he could not find a way for a certain period of time. So looking for a way is one test, finding it is another, and not to be able to find that way is yet another test. Instead of saying I could not find it and thus going aside, we see how it is like to do your necessary ‘actual’ and ‘verbal’ prayer and then putting your trust in Allah. Nursi, who later points out that the ointment of these wounds is the Sunnah, emphasizes the fulfilment of the fard in the Second Hope especially by underlining the observance of the Sunnah.

In addition, when we look at the Epistle for the Elderly in general, Said Nursi states that his spiritual wounds recur at certain times:

We see Nursi experiencing similar moods in many places and times: when he came to Istanbul (after his captivity in Russia), when he was on the Hill of Yusha (along the Bosphorus in Istanbul), when he went up to the top of Ankara’s ancient citadel, and etc.

“Look, the dawn of old age has begun behind your ears, half of your head is wrapped in a white shroud.” Yes, there are such circumstances that both their beginning and their end are prayers.

Someone who reads the Epistle for the Elderly can change his view on the elderly. It can be a means of empathizing with the old people. One can think how he wants to age and how he does not want to age, and he decides the future (he wants).

One of the strangest questions asked to a Muslim is – for me – “what do you do in your spare time?” This question is most asked to the elderly these days.

“When you are idle, immediately go to (another) work and turn only to your Lord!” is the answer to that.

In this period of time, books written by Islamic thinkers like the Epistle for the Elderly can be read. A Muslim observes only Allah’s consent in his deeds. Therefore, a believer is the one who knows the value of his life capital and makes good use of his time. A believer knows that when he finishes doing one thing, it is time to start doing another thing or worship.

Here, without making much explanation further on the epistle, leaving the rest to those who want to read it, I ask Allah to bless our old people and to bestow them an auspicious and peaceful end.