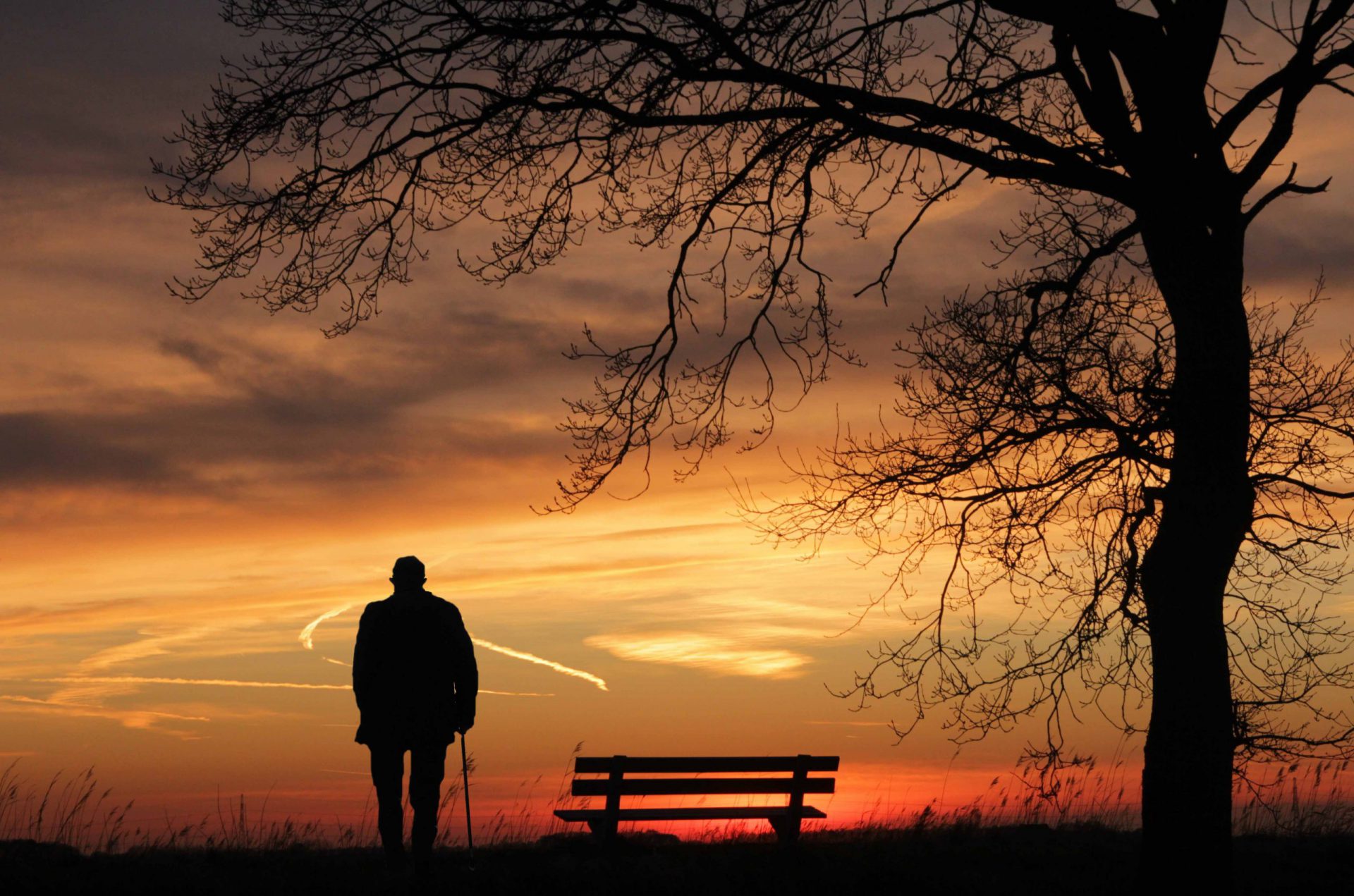 If only youth would come back one day

so that I could tell it what old age has done.

This is what someone who spent his youth in heedlessness said.

It is true that old people like this man, who knew not youth’s true nature, weep sadly and with regret every time they remember their youth.

Unfortunately, the period of youth passes for most people having caused them some degree of spiritual harm. And because of this, many old people fall in despair not knowing what to do.

So is there any hope for the elderly to overcome their despair coming from their past life and to deal with the heavy burden of agedness?

First of all, let’s accept that we are on a journey in this life – a journey from nonexistence to existence first, and then from worldly life to the life after death at the end. And heedlessness is of no use – closing our eyes will not enable us to stay here in this world. All people are driven along this path of life to the grave. Yes, agedness gives the old people news of the drawing near of the time of separation from this world and all that are in it. In this state of having sadness in sorrow, they seek after some hope, or light. There are numerous remedies and hopes for the elderly at this point.

It is first “the belief in Allah” that will come to their help, and send spiritual intimacy into their spirit. The consolation of belief in Allah is such a thing that were the sad state of old age to be multiplied, this consolation would be enough to deal with the sorrows of agedness. This is because we have a compassionate Creator; so there is not really any such thing for us as absolute separation.

And there is also the “powerlessness and weakness” of old age. These two are means of attracting the Divine mercy and care. The Divine mercy shows this reality on earth in a dazzling and clear way: The most powerless and weakest of humans are the young, and they are also the ones on whom we see the sweetest and most beautiful manifestations of Divine mercy. Now, just as this applies to the young, so too to the old, who due to their powerlessness and weakness, have become like the young. The old people must not wish to exchange their old age for a hundred instances of youth, for they receive from their children, grandchildren, nephews, nieces and other younger people continuous spiritual mercy and respect that arise from the Divine care, and from human fellow feeling. And the old people can taste spiritual pleasures that arise from mercy and reverence, instead of the mere physical, temporary pleasures that arise from the desires of youth.

And also, “the light and the intercession of our beloved Messenger” (asw) is seen at a time one senses the imminence of the time of separation from innumerable loved ones and friends. The gift of Prophet Muhammad’s guidance (asw) that he brought to mankind is an effective balm and an efficient antidote for the deep wounds inflicted when young. Old people should not think that these wounds are untreatable and have no cure.

And “the Qur’an of Miraculous Exposition” comes to one’s help, and opens a door of powerful hope, and surrounds one with a true consoling light. It is our Holy Book that is on the tongues, at any given minute, of at least a hundred million people, that spreads light all around, and that contains at least ten rewards and good deeds in every one of its letters – and at times, ten thousand, and thirty thousand good deeds. The Qur’an is the Speech of the Majestic Creator of the heavens and the earth; it is His edict and decree, and a mine of His mercy! Old people – in fact all of us – have to hold fast to it! This is because in it there is a remedy for every ill, and a light for every darkness, and hope for every sadness. It is an eternal treasure. And the key to that eternal treasure is believing in it, and submitting to it, and hearkening to it, and accepting all that is in it, and reciting it much.

Another hope is “the faith in the Hereafter”. It comes to aid all at once when one is submerged in sorrows and worries due to disappearance of and separation from loved ones, kindred and acquaintances. Faith in the Hereafter bestows upon us a light that can never be extinguished, and a hope never to be shattered. It being so that the Hereafter exists, – the Creator of the cosmos will bring about the Hereafter concerning which He gave a certain promise – and since it is ever-enduring, and since it is more beautiful than this world; and it being so that our Creator is Wise and Compassionate, there is no need for sadness, or complaints about old age, but we should rather have contentment. For it is a sign of one’s arrival to the age of completion, in a state of faith and worship, and of one’s imminent departure to the world of Divine mercy, to enter a state of rest, through being released from the vocation of life. And it being so that belief in the Hereafter is the most important lesson that the Wise Qur’an instructs us in. Old people have to say, “Praise be to Allah for perfect faith,” and be pleased with old age.

Finally, let’s keep the following in our mind all the time:

Ninety-nine out of a hundred of beloved friends of the elderly have gone to the grave, and none of their friends has remained but one or two; and even they shall go there. Then, one’s death in this world and separation from this world is no separation, but arrival and a meeting with those friends.

And now that the period of youth passes for most people having caused some degree of harm, the old people must give thanks to Allah that they have been able to rid themselves of the dangers and harm of youth. Therefore, old age is good, and sickness is good, and death is also good; and if there is anything that is not good, it is sin, shamelessness, and misguidance.

In short, the old age might appear cold, heavy and unpleasant from the perspective of heedlessness. But in reality it is exceedingly light, full of love and warmth, and illuminated with the light of the Divine unity. The elderly who seek for consolation and light in the old age should keep in mind the remedies and hopes mentioned above. Most importantly they should not forget that we have a Creator Who knows the most hidden thoughts that come to hearts, and the most hidden of secret prayers, and Who is able to realise the most hidden of their spirit’s needs, and Who accepts all those instances of sincere repentance. It is He Who is able to replace this vast world with the Hereafter, to lift this world away and raise the Hereafter in its place in order to bestow endless bliss upon us all. The “endlessly eternal bliss” of the hereafter, greater than any of the types of happiness, and a “fresh eternal youth” await the old people! Then they should strive to win them.