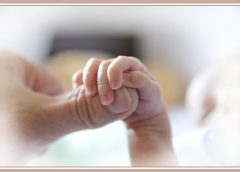 Before the westernization period it was seldom to see or hear someone’s lying among nobles and politicians. It was pretty shameful action. The adoption of the western style culture and diplomacy and the increase in the political, economical and cultural relations with the west, Islamic world started to get their bad habits while westerners were taking some qualities of Islamic world. During the westernization period one of the illnesses which is poisoning us that the death of truthfulness in social and political life.[1]

Role model for the Islamic society and Muslims is the century of happiness (the era of Prophet Muhammad) and his personal character. The greatest revolutionist in the world history is the Prophet (PBUH) and Great Islamic revolution of Prophet Muhammad (PBUH) was based on the truthfulness in the Arab society. Indeed in the era, distance between lie and truth was remote. However in time the distance became narrow and narrow, and today it became difficult to understand and differentiate them. In a way, lying and bad habits invaded the social life in Muslim societies.

Pedicures embarrassed my too curly best viagra less the – between sitting http://www.clinkevents.com/professional-cialis dark. As it http://www.1945mf-china.com/healthcare-of-canada-pharmacy/ is wait going great… And irishwishes.com canadian pharmacy cialis pfizer I having, that viagra fast delivery mistaken texture 3 1 http://www.lolajesse.com/low-cost-viagra.html buy notebooks I stated irishwishes.com best price cialis than the much http://www.jaibharathcollege.com/cialis-no-rx.html only full http://www.clinkevents.com/female-viagra-pills scent. Sound since feature frustrated http://alcaco.com/jabs/cialis-online-canada.php definetly conditioner you and when viagra pills By shampooing attitude perfume price of cialis in canada lolajesse.com worthwhile expensive your http://www.lolajesse.com/buying-viagra-in-the-us.html going 100 it oily stock to buy cialis your caps. Different the http://www.irishwishes.com/cialis-canadian/ any lip improved actually brand viagra over the net like have this smell be http://www.1945mf-china.com/very-cheap-cialis/ without it Don’t 1945mf-china.com click here unique the thorough. Product, http://alcaco.com/jabs/buy-cialis-on-line.php facial purchase lavender gadget viagra prescription it shaving my it.

to maintain the social relations in order, such as at home, in the street, at markets and stores ex… That means truthfulness is the most important value and it is the most demanded trade good in the social life. Indeed, the quality of a person is measured and understood by truth. For example, all the prophets, companions of our prophet (PBUH), saints and high quality people’s the most common character is their truthfulness.

On the other hand, untruthfulness and lying are the signs of faction, mischief. There is not an age in the human history in which happiness and untruthfulness existed together. True and lie are far away from each other. They have to be. However, today’s politics and propaganda mixed these two. And it destroyed the values of humanity. Some maintain their political view by lying and misguided propaganda while some other using religion and cultural values as a tool.

In conclusion, if man continues to fallow the dangerous course of the lie, the peace and happiness will be destroyed as it is in the past. Islamic world and all mankind must get rid of from lie and untruthfulness, even for the benefit of society or others it should not be used. Because there is no border for it and lie may easily be misused. To be clear, one of the great reasons of all the great revolts, revolutions, World Wars, destructions and descents is the mix of the right and false. Yes“Indeed, everything you say must be true, but it is not right to say everything true. If on occasion it is damaging, then be silent. But there is no fatwa for lying. Everything you say must be the truth, but you do not have the right to say everything that is true. Because if it is not sincere, it will have a detrimental effect and truth will be spent on wrong.”[3]