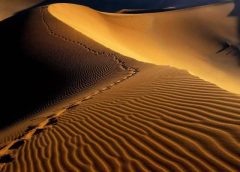 Is the sending of prophets to people good or evil?

According to this verse, it is mercy and a great bounty that the prophets were sent. People are saved from ignorance, excessiveness, perversion, and hell by means of the prophets. They convey the knowledge that Allah wants to communicate to the people. They inform the people of the things Allah is contented with and what He does not approve. The prophets are the messengers who make known their Creator, Allah. If it were not for the prophets, we would not know the Divine Names and attributes of Allah, what He consents and what He does not, and how we must perform worship to Him.

The Answer: Quantity has no importance in relation to quality. The true majority looks to quality. For example, if there are a hundred seeds of the date-palm and they are not put beneath the earth and watered and so do not undergo a chemical reaction and manifest a struggle for life, they are only a hundred seeds worth virtually nothing. But if they are watered and are subject to the struggle for life, and then eighty out of the hundred rot due to their faulty make-up, but twenty become fruit-bearing trees, can you say, “watering them was evil because most of them ratted?” Of course, you cannot say that, for that twenty have become like twenty thousand seeds. One who loses eighty and gains twenty thousand suffers no harm and it cannot be evil.

And for example, if a peahen lays one hundred eggs, they are worth five hundred kurush. If the hen sits on the hundred eggs and eighty are spoilt and twenty hatch into peacocks, can it be said that there was a high loss and the affair was evil; that it was bad to put the broody hen on the eggs and an evil occurred? No, it is not thus, it is rather a good. For the peacock species and egg family lost eighty eggs worth four hundred kurush, but gained twenty peacocks worth eighty liras.

Thus, through the sending of prophets and the mystery of man’s responsibility, and through striving, and fighting with satans, in return for the hundreds of thousands of prophets and millions of saints and thousands of millions of purified scholars they have gained, who are like the suns, moons, and stars of the world of humanity, mankind has lost the unbelievers and dissemblers, who are numerous in regard to quantity, insignificant in regard to quantity.” (The 12th Letter, Risale-i Nur Collection)

One thought on “The sending of prophets”

Was there ever a woman prophet?