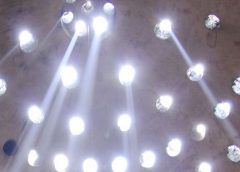 How many prophets were sent to the humanity? Is it 124 thousand? And is it true that 124 million saints lived in the world?

Prophet Muhammad (PBUH) answered the question “How many prophets were sent?” as “One hundred and twenty four thousand.” (Musnad Ahmad, v.45, p.252)

The expression “124 million saints” is used to mean “hundreds of millions” in the harmony of the prophets’ numbers.

The Sending of Prophets

Importance of Belief in Prophets