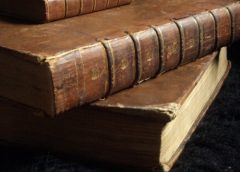 How were the companions of the Prophet Muhammad (PBUH) praised in Torah and Gospel?

“And he (Prophet Muhammad) came from among thousands of sacred (his family and companions).”

This referred that all of his family and companions were clean from all disgraces and shames and they are saints and sacred.

While they were going to bed, they were becoming happy with calling the Name of Allah.

They will be victorious on world Empires of their time.

They will be busy with Takbirs and prays,

They will achieve lots of bounties of Allah,

Sovereignty and power will be given to Muslims,

World will be amazed by their heroic action in wars,

Because of spending their times with prays and dhikr, they will reach to the eternal happiness.

They will have joy on their faces; peace and tranquillity in their souls.

They will get rid of from grieves and sorrows.

Longing will leave them alone.

The riches from among his companions will spend generously in the way of Allah by obeying his orders.

3 thoughts on “The Companions in Torah and Gospel”