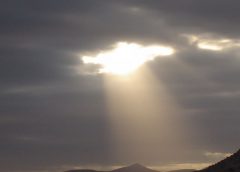 Was the blessed Mary (Virgin Mary) a prophet? And was there ever a female prophet?

No, she was not a prophet. Because, the mission of prophecy is assigned for men. Fahreddin Ar-Razi said in his interpretation that the verse “And before thee also the messengers We sent were but men, to whom We granted revelation: if ye realise this not, ask of those who possess the Message,” (Nahl, 16:43) shows us that there was not female prophet sent to humanity.

However, there is a subtle point here. Some scholars claim that there are six blessed women who had revelation although they were not prophets. These women were Eve, Sare, Hajar, the mother of prophet Moses, Asiye, and Mary.

There are some verses that can be interpreted that those women received revelations. For example, it is told in a chapter in the Qur’an that the angel Gabriel appeared as a human being to the blessed Mary and heralded Jesus to her.

Again, it is said in a verse, which addressed mother of Moses, that “And We revealed the mother of Moses, saying: Lo! We shall bring him back unto thee and shall make him (one) of Our messengers.” (Qasas, 28:7)

The ones who do not accept the prophecy of the women show the first verse mentioned above and repeated in the Quran three times in three different surahs.

As for the others, they based their ideas to the verses which implied revelations.

The common point is that even if these blessed women had revelations, it is absolute that they were not charged in the sense of spiritual and moral guidance of people and they were not prophets in this sense.