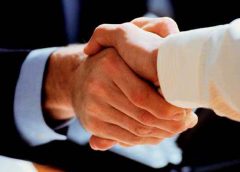 Nafi’ related from ‘Abdullah ibn ‘Umar that the Messenger of Allah (May Allah bless him and grant him peace) met ‘Umar ibn al-Khattab while he was proceeding with a group of riders and he was swearing by his father. He said, “Allah forbids you from swearing by your fathers. If someone swears, should swear by Allah or be silent.” (Sahih Bukhari – 6270)

However, we really need to be well aware of using these three valuable words: “wallahi, billahi, tallahi” It seems these words are frequently used by our Muslim brothers and sisters without noticing the importance giving an oath in Islam.

What is a promise, what is an oath in Islam?

From what we understand (may Allah forgive us if it is wrong) an oath is a promise to do something. It can be a promise to stay away from sitting in front of TV every day or a promise to helping someone to fix his car over the weekend. However, just saying “I will come and help you to fix your car,” doesn’t make it a proper oath. You have to say precisely “I swear by Allah I will do such and such” or “I make it obligatory on myself to keep away from such and such”. Then this is a true oath. If someone says “Wallahi I will help 10 students this month,” and also uses inshallah at the end of his sentence, then what he said is not a valid oath. “Inshallah” means “If Allah wills it,” so if he didn’t help 10 people the next day, then that just means Allah didn’t will it so he didn’t help them.

Conditions for an oath to be valid

If you take an oath, you MUST fulfil it. For example, you are having your meal at the restaurant and one of your closes friends came inside and asked to get some change from the cashiers and you insisted him to join you for the meal and said, “Wallahi I will not let you go without making you drink at least a cup of tea.” He replied, “I am really sorry, if I do not leave within two minutes time I may be so late for my train and he leaves the place instantly.” There you are with the position of paying kaffarah (atonement). Another one: you got bit annoyed with your wife and said, “Wallahi I will not go to that place with you again.” If you go, you have to pay kaffarah. Therefore, do think carefully before you speak.

The other most important issue is that you should never take a false oath by Allah as a witness. It is one of the major sins in Islam. Referring below are some proofs:

Do not make your oaths a means of deceiving one another or your foot will slip after it was firmly placed and you will taste evil for barring access to the Way of Allah and you will have a terrible punishment.” (Nahl, 16:92)

Ash-Sha’bi related from ‘Abdullah ibn ‘Amr that the Prophet, may Allah bless him and grant him peace, said, “The

“Those who sell Allah’s contract and their own oaths for a paltry price, such people will have no portion in the Next World, and on the Day of Rising Allah will not speak to them or look at them or purify them. They will have a painful punishment.” (Al Imran, 3:77)

Atonement for breaking an oath

If you swear to do something and you don’t do that thing, then you have to atone for it (kaffarah).

You can do so by:

DO NOT start to fast to pay your kaffarah when you have financial availability to feed ten people or one of the above points. If you cannot do any of the above because you are poor, then you can fast for 3 days. In Hanafi fiqh, they have to be 3 continuous days. If you fasted the first day but didn’t fast the second and third day then you have to start over again.

Allah does not take you to task for your inadvertent oaths, but He will take you to task for oaths you make intentionally. The expiation in that case is to feed ten poor people with the average amount you feed your family, or clothe them, or free a slave. Anyone without the means to do so should fast three days. That is the expiation for breaking oaths when you have sworn them. Keep your oaths. In this way Allah makes His Signs clear to you, so that hopefully you will be thankful. (Maidah, 5:89)

What should you do if you break your promise more than once?

A lot of people are concerned about what they should do if they took an oath and broke it more than once.

We ask Allah SWT to guide us to be truthful Muslims. May He make us keep our promises and oaths.