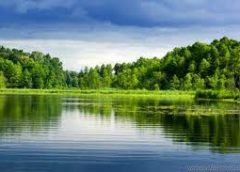 Let us begin with a question. What is the value of human being? Every field of knowledge has its answer to this question. However the real question is whether all these answers are the ones that heal the man’s existential pains or not.

Psychologists say the issue of man’s feeling himself valuable is too important in terms of his being spiritually healthy.  Abraham Maslow, the founder of humanistic psychology in America included the need of feeling valuable into his “hierarchy of human needs”. Thus, it is understood that all the adventure that people are getting involved stems from their aspiration to feeling themselves valuable.

However in the world of materialistic understanding of today there is no any authority that will make sense of existence of human being on earth. In view of science human being may be at the most a biologically different category from the other species of living beings. Speaking animal, thinking animal or tool-making animal… whatever it is, at the end it is animal. That is the position that modern view of science and philosophy determines for human being.  What we have to question is whether that perception of human being of modernity solves the existential problems of him or not. Apparently it does not.

Modern world is helpless in terms of giving meaning into life. In the West the most active area of psychology is suicide incidents. Thousands of researchers study the reasons and effects of suicide phenomenon. Even, there are magazines solely devoted to the suicide issue. The people of the West who realize that they are living in vain attempt to commit suicide to allay their spiritual agonies.

To shed light into the pursuit of meaning of life of western people the following story which is told through the narration of a man who wondered about the meaning of the life and suffered an existential pain and at the end committed to suicide is really remarkable: “Imagine a group of happy morons who are busy with a work. They are carrying some bricks in an open area. As soon as they carry all the bricks to the one end of the area they begin to carry all of them to the other end of the area. This work goes on without pause and every year of the day they are busy with the same thing. One day, one of the morons pauses enough to ask himself what he is doing. He asks himself what kind of a purpose the brick-carrying should have. From that moment on, that moron is no longer happy as he was before. I am that moron who wonders why he is carrying those bricks.” (H. Cantril, C. Bumstead, Reflections on the Human Venture).

The issue of meaning of the life is widely correlated with the issue of feeling himself a valuable being. One of the reasons of the perception of a senseless life is the view about the human being that his existence on the earth is the result of some accidental consecutive events and it is pure chance and furthermore there is no any divine purpose in his existence. In the course of the time such kind of a perception has led to a way of life which carries no transcendental purpose in it but is totally based on meeting and satisfying biological needs and pleasures of human body. People, under the domination of the western culture almost all over the world, find themselves in a horse race in which they strive to get the best all of things… the best career, the best wage, the best housing and vacation, the best girl or man, the best body and tasting all of the pleasures on the earth. And the ones who has come to the end of that list or lost the feeling of tasting more find no solution other than committing suicide.