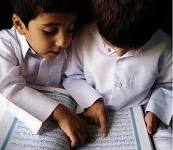 The best seller ever, the world’s mostly read and memorized book…

It is being read any time, any minute, any second in any place from east to the west… Millions have been reading, and most probably many more will be reading in the future. Tens of thousands have memorized it from cover to cover, word by word; and they can recite every page of it by heart as easy as their names. Interesting, isn’t it?This is a book reviewed thousands and thousands of times by its rivals to disproof and refute. This is a book whose principles and teachings affected the world most. This is the word of God. This is Qur’an…

For more than 14 hundred years or so, people have been studying it and applying to their lives. This is a magnificent success for simply a book and it is a challenging confrontation for the opponent who claims to question the Qur’an. Couple of lines about this challenge is:

“If the whole of mankind and Jinns were to gather together to produce the like of this Qur’an, they could not produce the like thereof, even if they backed up each other with help and support. (Isra, 88)

Of course, some of the most eloquent poets of their time tried to do that but failed to win in spite of massive travail as there is a perfect beauty in the simplicity and purity of the Qur’an, which is inimitable. Some others heard the lines and bowed and some others prostrated to the eloquence of it. And many listened to it, and felt it in the veins and the soul and accepted Islam.

Getting trough the meanings, realizing the beauty treasured within and feeling the peace and tranquillity it preaches, people have been attracted by the charming verses of the Qur’an. One of them is James William Lovegrove (his Muslim adopted name Habibullah Lovegrove) says (1890):

“… In the case of Islam, no one has ever doubted that the authenticity of its record. The book of Islam, the Qur’an is the same today as it was in the days of the Holy Prophet. His deeds and sayings in which he translates the various precepts of the Book, have come to us in their original purity. I found in them a consolation, which in vain I had searched for elsewhere. I wanted a simple, practical religion free from dogma and tenets, which I could not accept without killing my reason. to do my duty to God, and my neighbour, undoubtedly is and ought to be the main object of every religious system, but but Islam came to give the maxim a practical shape. We want precept as well as example to meet all the contingencies and exigencies of life and directions to guide us in our difficult callings. This I found in Islam”

“I am convinced that the Holy Qur’an is the word of God and that he chose the Prophet Muhammad (peace be upon him) to repeat His Word to the whole world.

Islam harmonises with the life in this world. It is simple and straightforward, free from elaborations which cannot be believed. Its forms of worship reflect honest sincerity”

“It is possible some of my friends may imagine that I have been influenced by Mahomedans; but this is not the cause. My actual conversations with educated Muslims on the subject of religion only commenced a few weeks ago, and need I say that I am overjoyed to find that all my theories and conclusions are entirely in accord with Islam. Conversion, according to Koran, should come out of free choice and spontaneous judgement, and never be attained by means of compulsion. Jesus meant the same thing when he said to his disciples: “And whosoever shall not receive nor hear you, when ye depart there…”

There are many seekers after truths who have found what they have been searching for and there are others on the way to enjoy the tranquillity in practicing Islam. We wish and pray that the truth seekers will be reading this book one day and have their share respectively.

What we say is “This is a book everyone should read”.

One thought on “A Book Everyone Should Read”