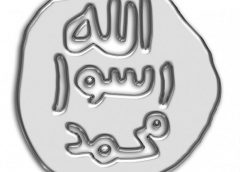 Each and every one of the pillars of Islamic faith is like a sun that cannot be extinguished or denied by anyone. Whoever closes his/her eyes makes it dark for himself/herself, because the sun is out there, bright as ever. All the pillars of faith have such strong and inter-dependent proofs that they cannot be destroyed.

Unbelievers deny Islam and its truths completely, whereas, there are others who believe in Allah or the existence of a god, but do not believe in the other fundamentals of religion, such as prophethood, angels, etc. Those who don’t believe in Prophets either cannot grasp the reality that a human being can receive a revelation from the Creator, or they think human beings can only know God via reason and the observation of nature but not by revelation or supernatural manifestations (such as miracles), or they may have some other reasons for their denial. However, these are nothing but groundless and human-based allegations with no reference to the real source that is the Creator, Allah (SWT).

All the arguments and proofs regarding the existence and the Divine Names of Allah are also the proofs of the reality of Prophethood. Because each being in the universe clearly shows that the creator of the universe is All-Wise and acts most reasonably and wisely in everything. There is nothing in the universe proven unnecessary or absurd by scientists. Therefore, a wise creator must send a Prophet that will explain why He created the beings and the humanity and what he demands from them, which is a necessity of his wisdom. Just as a book cannot be fully understood without the help of a teacher, in the same way, understanding the meanings contained in the universe thoroughly and properly is only possible through the teachings of Prophets.

Suppose that a king who had vast treasuries, limitless knowledge and infinite power wanted to build a palace to show his kingdom’s magnificence, wealth’s splendour and extent and the wonderful products of his artistry. He built the palace, and designed and furnished it with artistic and scientific principles and disciplines. He also divided the palace into many apartments and rooms decorating all of them with finest and most beautiful works of art.

Then, he settled some of his people into the palace. He sent his supreme aide to explain why he had built it, the rules that they had to obey and what kind of being the king was and about the palace’s architecture, decoration, furniture and ornaments. The supreme aide was charged by the king to explain the structures, designs and contents demonstrating the king’s artistry and perfection and how the people dwelling in the palace could please him. The supreme king also had many assistants in each apartment and room.

The supreme aide explained everything properly to the people and some of them heeded his instructions, understood the reason why the palace was built and the desires of the king and behave accordingly. Then the king awarded them with an eternal palace with far more beautiful blessings and bounties in it. On the other hand, some other people did not listen to the instructions of the supreme aide. They did not understand the meanings behind the decorations, and they just enjoyed themselves in the palace eating and sleeping every time. They broke the rules, disturbed other residents of the palace and became drunk after drinking forbidden beverages. So, the king put them into prison.

Now, let us reflect upon the parable. This world is the palace and the king is the Most Holy one, the Eternal King. The supreme aide is the Prophet Muhammad (PBUH) and his assistants are the other Prophets who lived in different times and places. If it were not for the Prophets, Allah’s purpose in creating the universe and the human would not be known.

Imam Bediuzzaman Said Nursi says in the Risale-i Nur Collection as follows, “The All-Holy Maker of such an embellished universe must send a Noble Prophet (PBUH), just as the sun must emit light. Because, the sun cannot exist without emitting light, in the same way, Divinity cannot be without revealing itself by sending Prophets.” (Dhulfiqar, 10th Word, 2nd Indication)