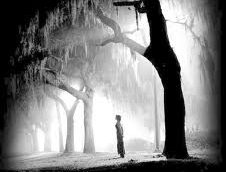 Narcissism, a psychological term derived from Greek mythology, is defined in the dictionary as “the personality trait of egotism, vanity, conceit, or simple selfishness.” When you read the characteristics of a narcissist you think that all evils around the world stem from them. And also you think we are surrounded by those kinds of people all around of us. The worst, maybe we are one of them!

One way or another, psychologists say we live in a narcissism age whose individuals are inflicted severely by it. The people who love themselves more than anything… Actually narcissism is more than this. Narcissists love just themselves, nobody other than themselves. They cannot make empathy for the other people and cannot feel what the others feel. They see themselves indispensable. They live for themselves. They think everybody should serve them and everybody lives for them. Shortly, they are so infatuated with themselves that they cannot see anybody.

Sometimes, I surf through the facebook and view the profile and general pictures of people in my account. Lately, when I did the same thing I noticed that people have put pictures in their profile in which they look like pop or mega stars! They have either that famous Clark Gable look or another cool Hollywood actor view on their face. I was puzzled in the face of situation and couldn’t help think that these looks are narcissistic. However, later I thought what an ill-willed person I am being!

But a few days later, when I came across the news report that was claiming that there are scientific findings that narcissists can be identified by their Facebook accounts by psychologists (http://mikiurl.com/JUE7r) my surprise was beyond description. “The researchers Laura Buffardi, doctoral student in psychology, and associate professor W. Keith Campbell from the University of Georgia found that the number of Facebook friends and wall posts that individuals have on their profile pages correlates with narcissism. Buffardi said this is consistent with how narcissists behave in the real-world, with numerous yet shallow relationships. Narcissists are also more likely to choose glamorous, self-promoting pictures for their main profile photos, she said, while others are more likely to use snapshots.” What Campell, one of the researchers, said on that finding is really interesting, “It just turns out that narcissists are using Facebook the same way they use their other relationships – for self promotion with an emphasis on quantity of over quality.”

So, what happens to those people? Why are they so infatuated with themselves that they forget all the other people around them and just focus on their self? Of course the psychologists have their long analyzes for these questions but an opinion of Bediuzzaman Said Nursi on issue, which I read lately, sheds also light into the relationship between the Creator and human being. “… human nature has such an infinite capacity to love bestowal, beauty, and perfection; and … the universe’s Creator possesses infinite sacred beauty, the certain existence of which is self-evidently established by His works to be seen in the universe” (The Eleventh Flash). Yes, human being loves bestowal, beauty and perfection of the Creator; but what if he or she cuts off the relationship with Allah? Narcissism may be one of the answers.

The illness of intellectual arrogance